Yes Legend for the first time!

Edit: just got legend in S24 too, same deck - no changes.
Will post a screenshot in the comments. 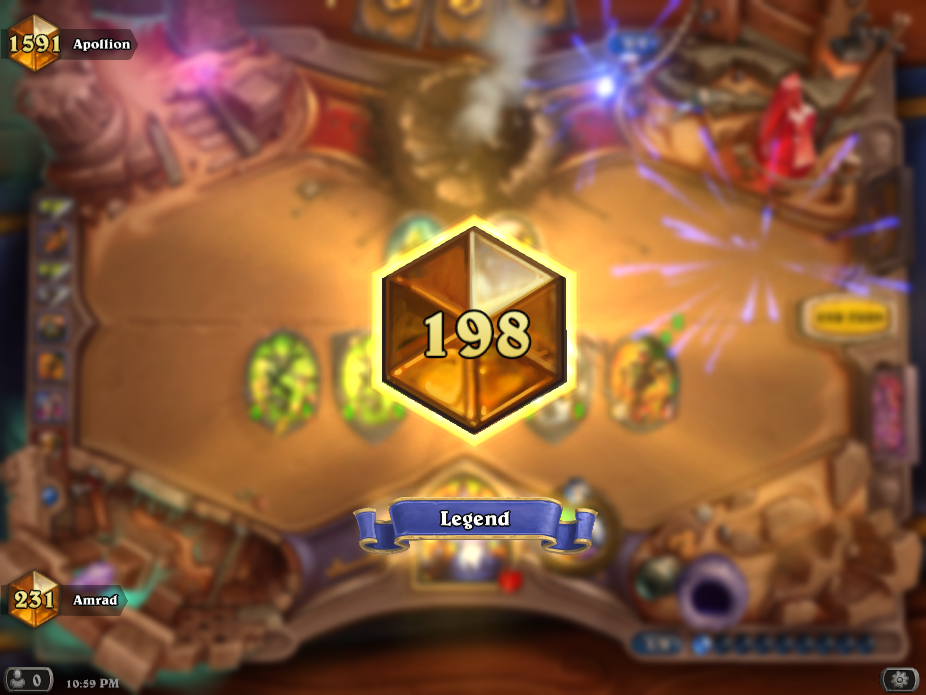 This deck is my version of Zoolock, running double Cult Master.

I played this deck solely from rank 15 till legend.
Imo it's one of the strongest decks I've ever played.
Until rank 5 I lost like 3 games, from rank 5 till Legend I climbed steadily (don't have a tracker).
Within the current meta, there's only 1 hard matchup you'll meet at high rank: Freeze Mage. 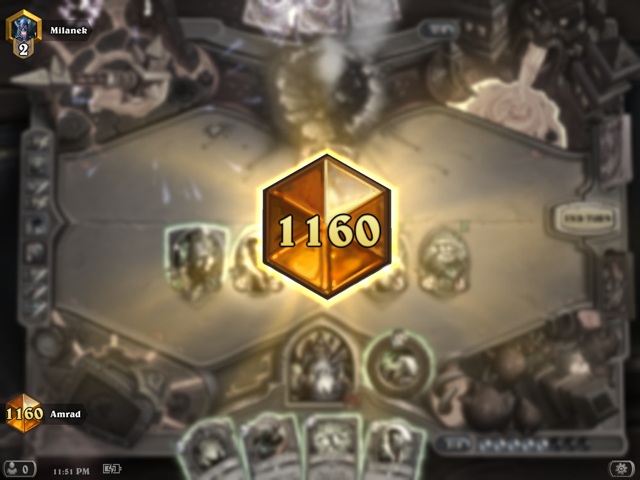 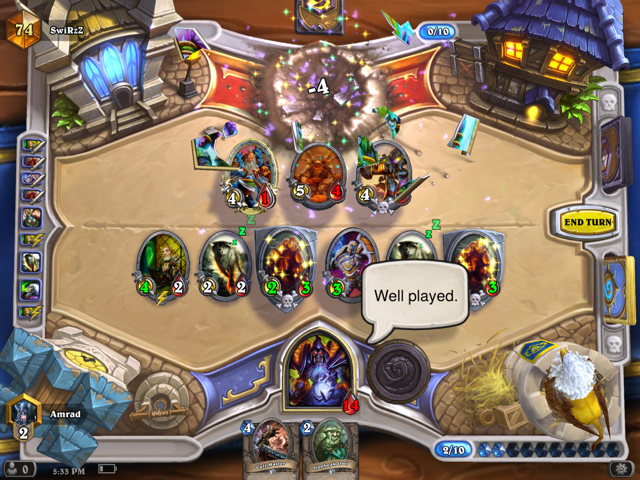 Guide
I won't write a guide, I'm sure there are many Zoolock guides available on this site.
What I will do is write some of my own experiences.

Card decisions
(left out - cards from traditional Zoo)
Flame Imp - I don't like starting with 24 life
Doomguard - I don't like throwing away cards
Voidcaller - obsolete without Doomguard
(included)
Darkbomb - get rids of early / helps kill large minion or helps nuke (see strategy 2)
Brann Bronzebeard - even though it can only boost 7 cards in this deck, it also functions as a natural taunt
Gormok the Impaler - can kill minions behind taunt or helps nuke (see strategy 2)
Cult Master - key card in deck, this card does for Zoolock what Gadgetzan Auctioneer does for Miracle Rogue: cycle cards
Clear the board and fill your hand at once.

Special note on Dark Peddler
I generally choose spells like Power Overwhelming and Mortal Coil, sometimes Soulfire as a finisher.
Against aggro I tend to choose minions.

Card replacements
This list evolved during the climb, the deck listed here is the final version I got Legend with: imo no card can be replaced.
But I can understand if you don't own Gormok the Impaler.
Allthough he's really superb in this deck, you could replace him with Dark Iron Dwarf.

Mulligan
With so many 1 and 2 drops, you'll never have a bad starting hand.
Regardless of matchup, I look for sticky minions like Haunted Creeper and Imp Gang Boss.
With coin or Zoolock (mirror) I keep Imp-losion, Darkbomb is nice against Druid/Priest/Tempo Mage.
I never play Abusive Sergeant on the first turn.

Strategy
In general I have 2 strategies...
1) play minion(s) every turn, use spells like Power Overwhelming at will
Midrange Druid, Secret/Midrange Paladin, Zoolock (mirror), Aggro, Tempo Mage
2) play minion(s) at a moderate speed, save spells
It's amazing what kind of nuke you can pull of: 20+ dmg in 1 blow is not uncommon.
Think of a couple of small minions on board + 2 Power Overwhelming (or more, a Soulfire - Dark Peddler) + Abusive Sergeant (double with Brann Bronzebeard) + 1 or 2 Darkbomb.
Because of the low board presence (some small sticky minions), players are really caught by surprise.
Freeze Mage, Renolock, Control/Patron Warrior, Control Priest

Matchups
There are 3 hard matchups: Freeze Mage, Control Priest, Anyfin Paladin
Hard, but not impossible... at rank 1 I've won against all these 3 type of decks (played by Legend players).
All other matchups are fine.

Midrange Druid
According to Tempostorm (meta snaphot), Zoolock is favoured.
That might be true for traditional Zoolock, but I would put Cycle Zoo at 50/50.
Whatch out with Nerubian Egg, provoke a silence using other sticky minions.
Boost low defense minions with Defender of Argus, making them harder to swipe.

Zoolock (mirror)
Who controls the board wins. Keep cleaning the board.
2 moments determine the match: the result of Imp-losion (2, 3 or 4), first one to draw key card (Doomguard vs Cult Master).
That said, Cycle Zoo > traditional Zoolock. Cult Master definitely gives you the edge.

Aggro Shaman
Gain board control - sticky minions, any of the 4 drops will turn the match in your advantage. Slightly favoured.

Freeze Mage
Hard, but not impossible.
Try to do as much dmg as you can before turn 6 (using minions, not spells), use hero power(! it's a race), save spells to nuke at once till zero, use Ironbeak Owl to silence 1 Doomsayer, use Loatheb after Ice Block.

Renolock
Flood the board with minions, try to save spells.
Use hero power a lot, use Cult Master to keep flooding.
Knife Juggler+Imp-plosion is really strong in this matchup.
Most matches come down to turn 7/8. If he can't clear the board enough or pop Reno Jackson by then, you've probably won. 50/50

Tempo Mage
It's all about the early game, sticky minions are key.
Good Tempo Mage players will wait a couple of turns, then clear the board wit Flamewaker + spells.
Survive this and you've won.

Control Priest
Hard and generally impossible.
Deathlord, Auchenai Soulpriest+Cycle of Healing, Holy Nova, Lightbomb and Cabal Shadow Priest all counter this deck.
I've won against a Legend player by using strategy 2.
He thought he was save, but I dropped him from 20 to zero in 1 blow at the last card drawn.

Control Warrior
According to Tempostorm (meta snaphot), Control Warrior is favoured.
That might be true for traditional Zoolock, but with Cycle Zoo I find Control Warrior fairly easy.
Use strategy 2, have few minions on board to remove armor.
Save all spells, calculate and nuke to zero in 1 blow.

Last word: rng (randomosity)
At high rankings where (in general) players are equally skilled and mistakes are rare,
it becomes more and more clear how much rng impacts the game to the point that it made me scream of frustration.
Reaching Legend rank heavily relies on 1) time to grind and 2) rng in your favour.
I got lucky.

Invitation to Trump
Dear mr. Jeffrey "Trump" Shih, I would love to see you playing this deck.

Movies
Below are movies made by other players. Special thnx to them!