First of all, I tried hard Hearthstone from two months ago but can not go to legend . Only rank 5 with tempo Mage for two seasons 20 and 21.

On season 22 I played a lot with mage and get Golden Hero and rank 5 so i think i will play and get another golden hero too. I chose Patron Warrior Deck to play from rank 5 but that deck a little hard to win. Depend on a lot of draw and hard to mulligan.

I decided to use Secret Paladin deck that is one of the strongest deck for current. Although i sometime have a miss play on my game but i get legend so easy with deck (win rate 70 % with Deck Tracker ). The first time i go to legend to receive cardback on the last day of month ( 31-Jan-2016) and so happy with this

If you like the deck remember to leave a thumbs up and a like on my social media! Enjoy 😃 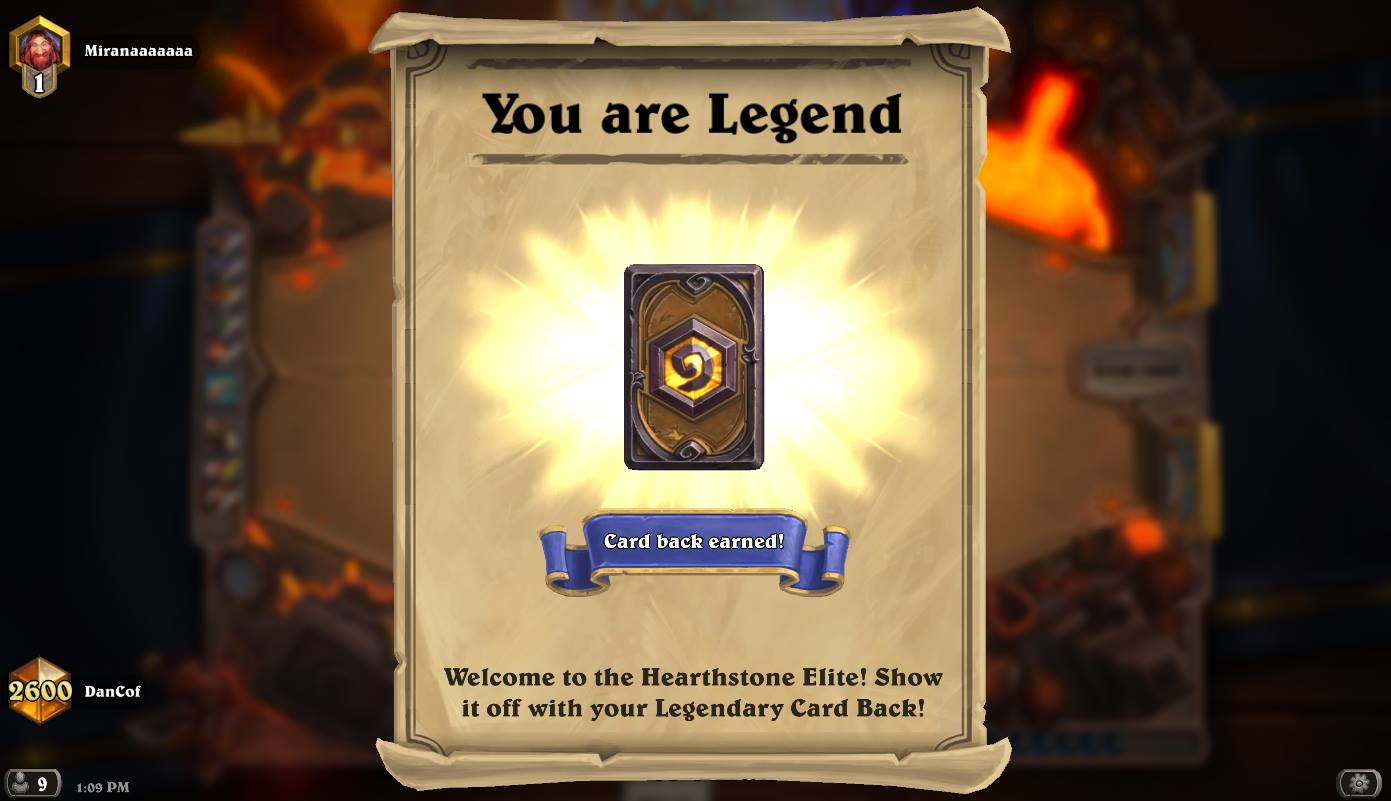 Here are a few things i want to add :

We have secret here. Deck really strong and some time make your OP difficult to play with secret. You play a Avenge but your OP think that is Noble Sacrifice and they need to test it. the mistakes that the opponent will make during the game, not really knowing what this secret will be.

Early game : Turn 1 > 4 : Fight for the board with this deck's extremely efficient and powerful minions/spells like Knife Juggler, Shielded Minibot, Muster for Battle and Coghammer. Getting off a Knife Juggler+Muster for Battle combo is huge but don't count on it since everybody knows that's the dream and will kill your Knife Juggler asap once it gets played.

**Turn 6** : Ideally, you drop the MC with 4 secrets activated. On this turn don't make any trades with your minions unless you have a lot of them (like >3) or you get to make some extremely high value trades. This is because your surviving minion's value skyrocket after all the secrets gets activated. You want avenge to trigger on something that's not the MC because then a Big Game Hunter destroys all your value, and competitive spirit gives all your minions +1/+1 at beginning of next turn so you obviously want as many of your minions to get buffed as possible.

Late game : Turn 7 >  if your MC doesn't get dealt with you can usually go face and win, if your opponents shuts down your MC play you can still win by playing or drawing into dr.boom/2nd MC/or Tirion Fordring and Rag to get a win even Control Warrior or Control Priest because it takes a lot of resources to shut down MC plays which leaves them unable to deal with further threats. I've won plenty of games after my board gets wiped and MC got BGHed.

No Repentance that not useful at all on first game or late game. Still have one big minions on table if you do not have any minion to trade.
2 Consecration : a lot of secret paladins and zoolock now so you need to remove all on turn 4 for Muster for Battle or Imp-losion

Why Ragnaros the Firelord i watched a lot of players on Hearthstone Masters Korea S4 played Secret Paladin and saw they always use Ragnaros the Firelord. That cards make the deck really strong and you have lethal on turn 8 with 8 dame to face immediately.
I lose a lot of game with Priest on rank 5 without Rag. Nowadays Priest is really strong with 6 drop Entomb they will take your Tirion and dr 7 or MC with Avenge buff and you do not have any late minions to finish them with their upgrade hero power. So Rag is the best to play again Priest. Sometime they will cc after you kill Deathlord and bring Rag to your board :)

Keeper of Uldaman The card alows you to very often make favorable trades, deal with their big minions or buff your small dude out of range for death's bite, consecration, holy nova etc. It gives the deck a lot more utility then the traditional secret paladin.


Divine Favor : that only draw card on this deck. So using with Freeze Mage, Reno Warlock , Control Warrior, Control Priest is the best

If you have any question feel free to post in the comments and I'll answer everyone asap, and don't forget to leave a like on the deck or on any of my socials! See you around 😉