Hi there again! Royalmail here, now 4 times Legend, to which the last I have to credit to this baby right here, an Icy Tempo Mage ;) If you like the deck remember to leave a thumbs up and a like on my social media! Enjoy :) 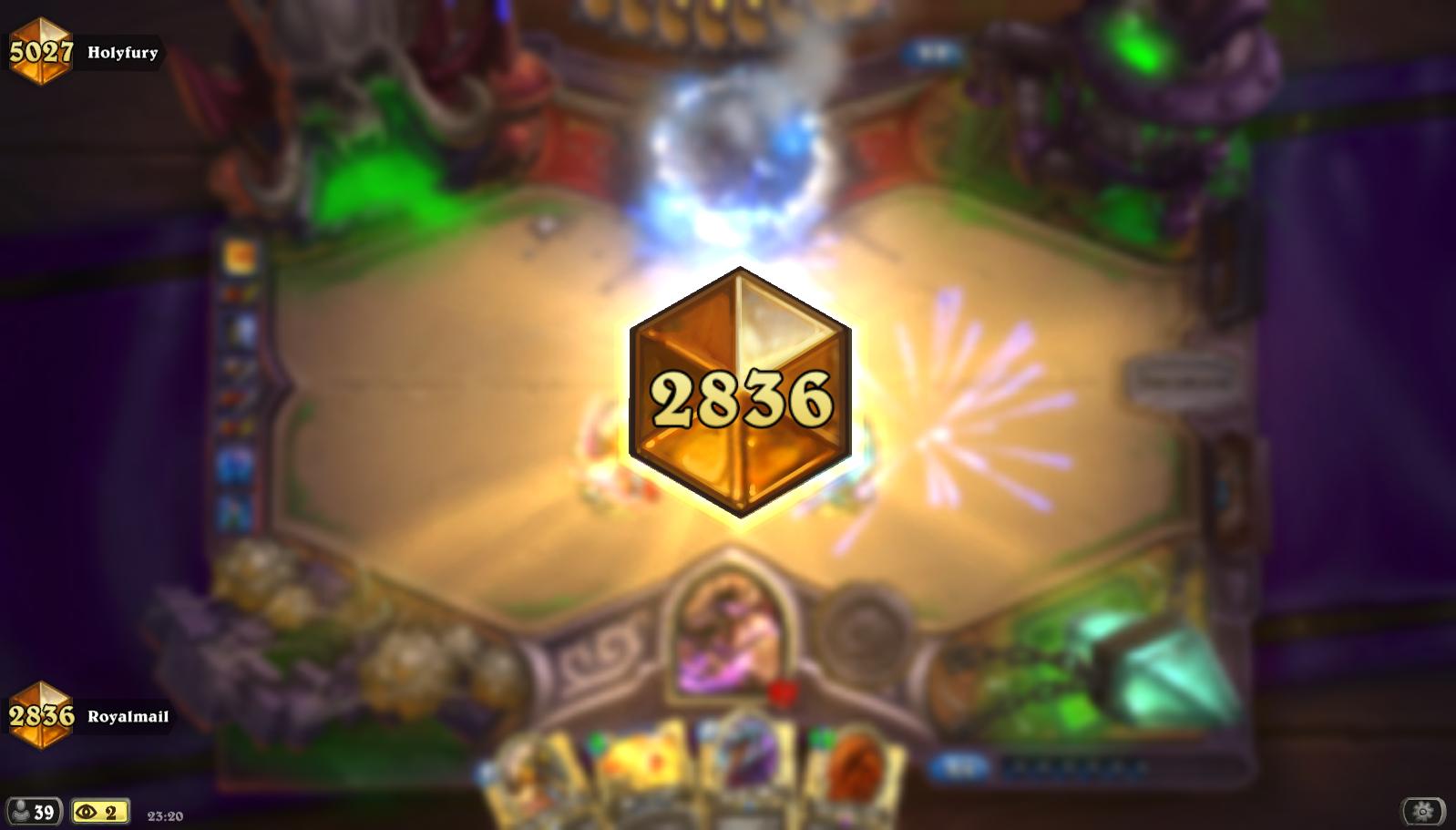 We have a Tempo Mage here, so we need to gain as much Tempo as possible while being as aggro as possible, thanks to the extra mileage of the Ice Block for its main effect (of having us not die once) and the collateral effect: the mistakes that the opponent will make during the game, not really knowing what this secret will be.

You see, when people play an underpar turn, trying to proc our secret, playing crappy minions/spell, they are doing the correct play. But if we have an Ice Block out, they'll waste their turn in vain. All the while we build up Tempo and board presence. Or we shoot them in the face with our burn spell. Or both!

This time around I'll go over only the "unconventional" choices

Really strong opening vs many classes paired with a Mana Wyrm and a Coin. Protects our board from weapons/minions and lets us unleash the sinergy of our deck. Often gaining a single turn could be game winning and don't forget that decks like a ZooLock that is a little behind could have trouble removing them efficiently. Playing Archmage Antonidas followed by this, gives you the first Fireball and could protect our Fireball's Santa from the minions that are trying to kill him.

There it is, the star of the deck. The Playmaker. The MVP. Just thinking the faces of our opponents while they struggle to guess which damn secret hides the little purple dot, makes my smile grow wider every second they spend wondering. Countless times the opponent tries to proc the secret with a crappy minion or an useless spell. You know what makes me happier? When they realize (usually too late for them) that is an Ice Block and they have thrown away their winning condition AND their turns trying to guess. But you know what makes me REALLY happy? When I play another secret and they start the guessing work all over again. Also pretty much guarantess the value of both Mad Scientist having 3 different Secrets in the deck. Yay!

The only substitutions that I could advise are this ones:

if you really feel like you need some spells to board control early in the game.

if you don't own one or you simply don't want to run it. They can have a similar effect on the guessing works of your opponents, but they do have a negative synergy with the early game minions and 0/2 images... run them at your own risk.

Try your best to have the smoothest mana curve possible. Try to exploit the Coin with the Flamewaker or Mana Wyrm synergy, or in the worst case with Archmage Antonidas to create an extra Fireball

Vs Shamans, Druids, Mages, Paladins and Warlocks keeping also a Frostbolt to kill the early minions is also advisable.

This is the record of my win rate from rank 4 3 stars to Legend. Yay for a meta full of Druids and Secret Pally to wreck really hard!

If you have any question feel free to post in the comments and I'll answer everyone asap, and don't forget to leave a like on the deck or on any of my socials! See you around ;)