If you are interested in my daily stream (being held English), you can check it out at: 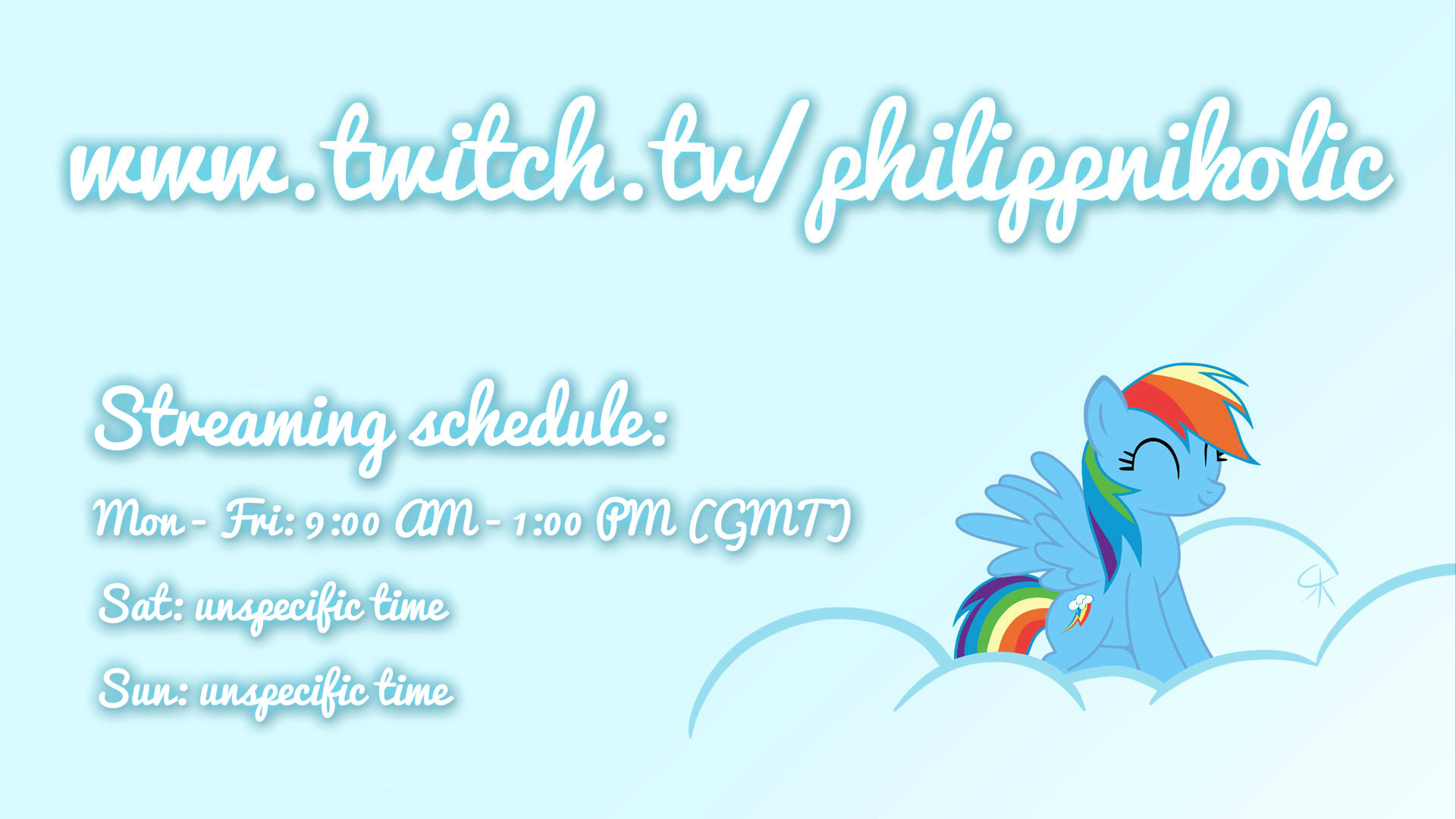 Hey guys, my name is Philipp aka pwny#2752. I am playing on EU and have been streaming since a good month I'd say. I have tried to hit the legend rank early this season and constantly adapted my decklist to the hourly-switching metagame. 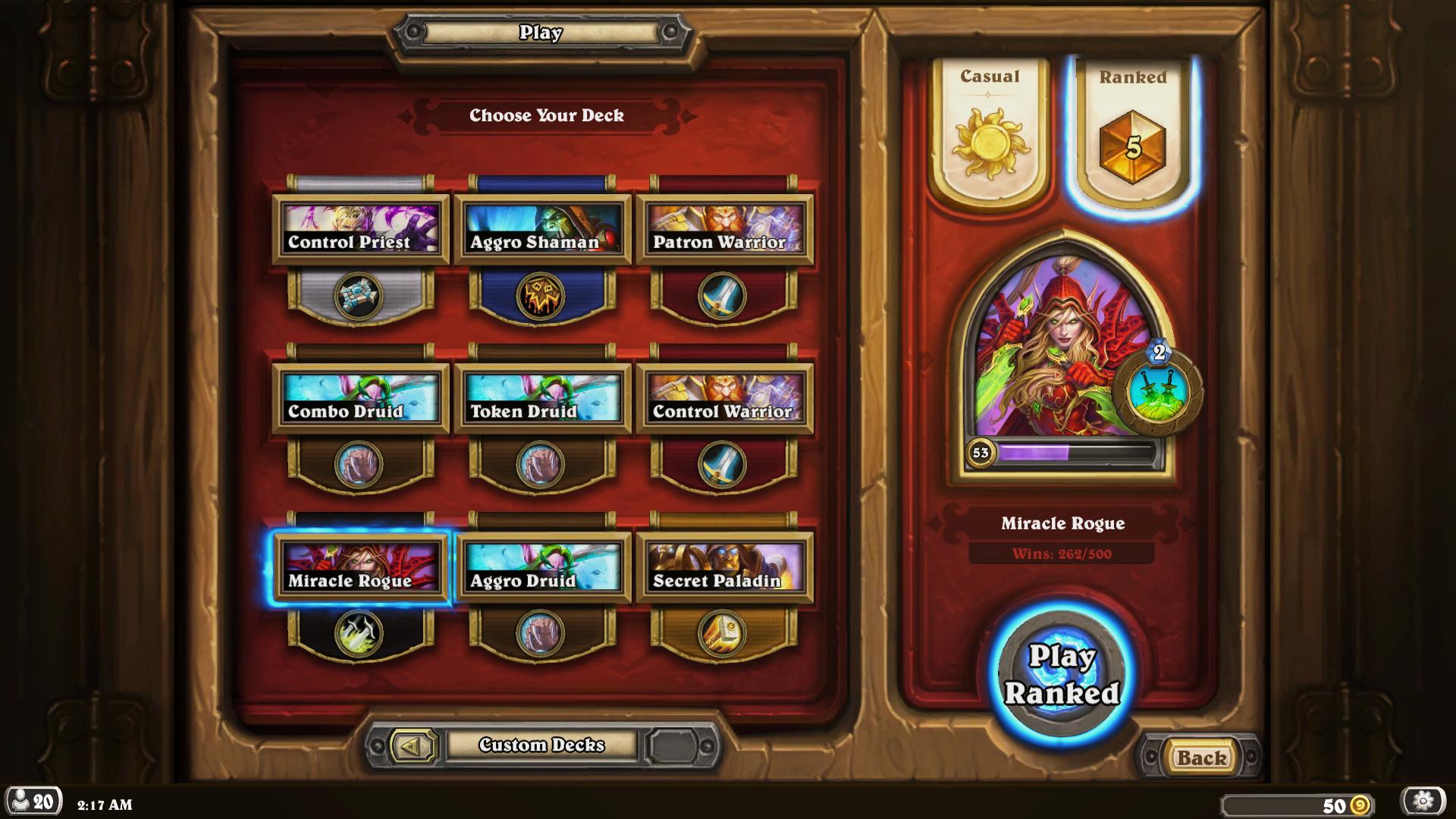 Just a friendly reminder: This deck has already been published and hyped a few seasons ago but I still think that it purely fits in the current metagame and that's why I am promoting it. I switched 1-2 cards from the well-known list and substituted the Shades of Naxxramas for an Argent Horserider and an Acidic Swamp Ooze as this annoying fellow insanely helps against weapon-based classes (if you don't face Paladins, Warriors, Hunters or Shamans too often simply swap the Acidic Swamp Ooze for a second Argent Horserider). UPDATE: Added Sir Finley Mrrgglton for a Leper Gnome.

I came to the conclusion that Aggro Druids have often worked like a charm against Secret Paladins and pretty even but more like 65 %/35 % against Midrange Druids (these were the decks I mainly faced).

The winratio with this deck is 72 % at the moment.

(Matchup-chart listed from best [left side] to worst [right side].)

1) The mulligan with this deck is pretty simple: Always keep Innverates and Darnassus Aspirants on your starting hand.  Play on curve and be annoying.

2) Sir Finley Mrrgglton: Aim for the Warlocks or Hunters heropower, depending on your game state. If you find yourself having a Savage Roar on your hand and a stable board you can also go for the Shamans heropower as it provides possible healing and more combo potential.

3) Abuse the curve: Manipulate your mana with the cards mentioned in 1) and always think a step ahead to get your bigger minions out 1-2 turns before your enemy does.

4) Don't (always) save your Savage Roar for the combo: Often it is just more valuable to already play it on turn 3 when you have 2-3 token established on your board.

5) Consider silencing your own Fel Reaver with Keeper of the Grove as Zoolocks or Tempo Mages want to fatigue you with their low-cost cards.

6) Keep board control until turn 3-5, but don't desperately fight for it (depending on every matchup). At turn 6 you can start going greedy to finish off your opponents within 2 more turns. 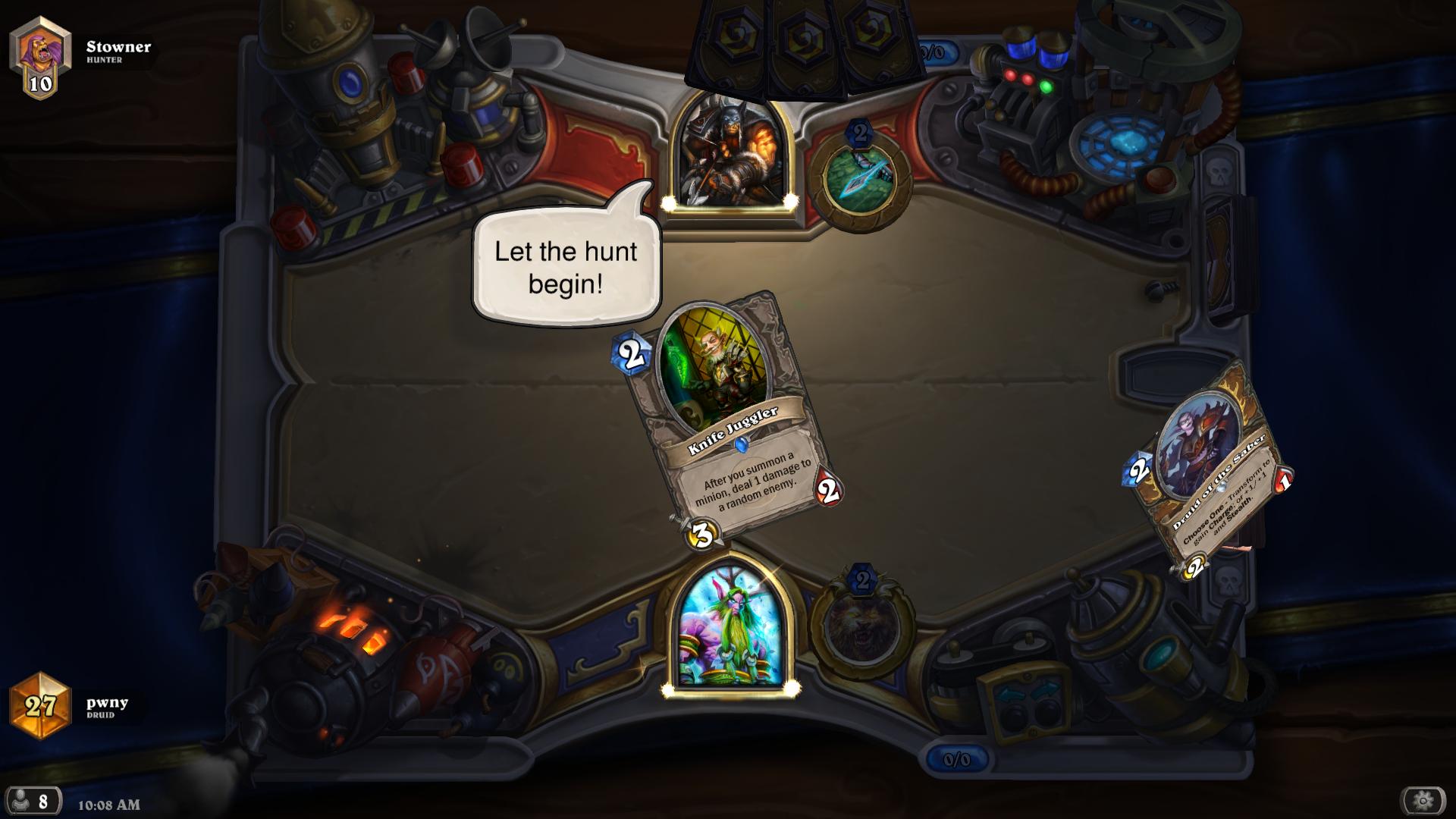