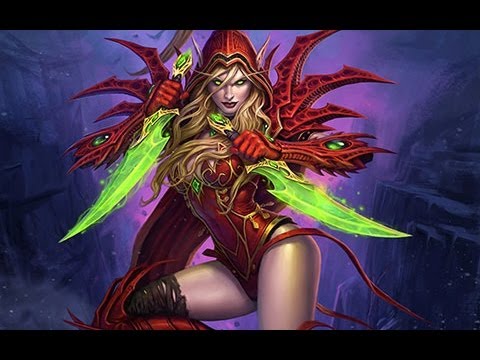 Hey guys, Talion here with yet another rogue deck. This time we have a variant of the already well established oil rogue deck. This deck is very similar to most oil rogue decks  because the core of the oil rogue is about 26 – 28 cards and those cards are very hard to replace given the current cardpool we have as they are simply the most efficient cards in their respective slots. Alas, the small changes we make end up carrying a much larger weight.

Looking over the name of the deck you can easily guess that this deck has the inclusion of Argent Horserider. When this card was first released, I saw a lot of potential in its flexibility and resilience as a 3 drop. I remember a long time ago people were experimenting with Scarlet Crusader in oil rogue because of its resilience and ability to trade well (it was one of the few 3 drops that matches up well vs the ubiquitous Piloted Shredder) and I thought it was a good replacement for the often lackluster Earthen Ring Farseer. Unfortunately that variant of oil rogue never went mainstream and rogue as a class became increasingly underplayed because of its high skill cap. Another card that was once very popular in oil rogue decks was Southsea Deckhand. Along with Tinker's Sharpsword Oil rogue got a very good late game finisher with a huge burst combo. Argent Horserider is kind of like both of the aforementioned cards combined. It's good early board control (in a pinch it’s just like a 2/1 SI:7 Agent without needing combo) and can act as a finisher late game in conjunction with Tinker's Sharpsword Oil. This card's flexibility is best showcased in the oil rogue shell.

Another interesting inclusion in this deck is the Big Game Hunter over the second copy of Sap. This change was inspired by JustSaiyan when I tuned into his stream and I think it makes a lot of sense. Considering that even aggro decks are trying to go big vs opposing aggro decks via cards like Fel Reaver and Sea Giant makes having access to Big Game Hunter a really good call for rogue. It’s also no secret that rogue is very weak against Dr. Boom and Mysterious Challenger which bgh goes a long way to help beat. The rest of this deck is rather standard and self-explanatory.

Why Play Horserider Oil Rogue Instead of Traditional Oil Rogue?

I think Horserider Oil Rogue has a slight improvement over the traditional Earthen Ring Farseer based oil rogue in almost every match-up. Even against the face decks, the heal 3 is rarely going to be enough to hold them off. You still need to race them or get Antique Healbot to prolong the game in order to setup lethal. Argent Horserider’s ability to race and remove damage from the other side of the board is usually more relevant than the heal 3 from Earthen Ring Farseer. Against control warrior, which is widely considered the worst match-up for oil rogue, Argent Horserider is an absolute all-star as anything with divine shield is very troublesome for the warrior to remove effectively. Horserider makes for a better keep on the play than SI:7 Agent if you don’t have Backstab because it doesn’t require combo.

Tips on How to Play the Oil Rogue

The BIGGEST tip I can give to beginners playing oil rogue is to think of this deck as a tempo deck and not a control deck. Spending all your turns reacting and removing all of your opponent’s plays will put you in a difficult situation. Since rogue gets on board slower than most decks, it’s fine to be behind in the early turns. However, aim to get the board as soon as you can because once you force your opponents to take the defensive, the game will end very quickly in your favour. This being a tempo deck, getting on board is a lot more meaningful than drawing a ton of cards. Play your creatures before drawing cards. Get that Piloted Shredder or Violet Teacher out there before prep sprinting! Sprint is a huge tempo loss, so treat it as a last resort when you run out of good options.

You should try to be efficient with your mana and your clears. Having efficient plays over the course of a game will make the difference between a win and a loss. Because a lot of your removal spells are damaged-based, finding the optimal number combinations will result in the most efficient plays. As for being mana efficient, that will require you to plan ahead. Think about how your future turns are going to play out. Because you will be working with incomplete information (ie. your draw steps), your plans might not always pan out. It’s good to get into a habit of planning ahead whether it’s thinking about what your opponent can play or what your future turns are going to look like.

Another important thing to note is greed. Some people will refuse to use a weapon buff unless your dagger has 2 charges but that’s not necessarily the best play. This is very much tied in with the fact that rogue is a tempo deck and not a control deck. Sometimes you will need to play for value but more often you will be faced with a decision between gaining tempo and losing value. Just remember, you can’t get more value than actually winning a game so make the play that you think will have the highest EV to win the game!

Know your role at all points in the game. You could be on the backfoot the last turn, but be the aggressor the following turn. Rogue cards have a lot of flexibility so carefully evaluate your position and correctly determining your role in the game will lead to a lot of success.

The last thing I want to talk about is using Sap and Blade Flurry. Sap can generate a lot of tempo but it’s best used when you have a board so that you can aggressively push for more damage. Using sap without a board will just have the only replay the threat again in the coming down. Unfortunately sap does not go to the face like Eviscerate so think carefully when you have a choice between which removal to use. Blade Flurry is such a strong board clear option in rogue but it’s still very easily to use it wrong. If you use all of your mana to clear your opponent’s board then they will still have the initiative and potentially flood the board again. Sometimes it’s right to hold onto the blade flurry so that you can also clear whatever they play next turn and develop your own threat along with it. If you suspect taunts are going to come down it’s beneficial to get in a hit with your weapon first so that when you flurry it’s a 1 charge weapon instead of 2 charges.

Paladin: Secret is even to slightly unfavourable, midrange is favourable
You should assume that the opponent is playing secret paladin as midrange paladin is a much better matchup. Try to look for Backstab, Fan of Knives and Argent Horserider and SI:7 Agent on the coin or in conjunction with backstab. Violet Teacher is also a good keep if you already have some early play or Preparation. I would also consider keeping Big Game Hunter on the coin because of its ability to answer Mysterious Challenger.

Druid: Midrange is even to slightly unfavourable, aggro is unfavourable
The mulligans vs aggro and midrange druid is unfortunately very different. Against Midrange you pretty much just want creatures. Being able to go coin 4 drop into 4 drop is very good play against them. Whereas against aggro druid you want your early removal. The only overlap between the 2 archetypes when it comes to mulligan is Backstab and Argent Horserider. Backstab will answer Darnassus Aspirant which is very troublesome if left unanswered. When your opponent coins out Wild Growth you should play Bloodmage Thalnos instead of the usual dagger up because coin growth usually signals Shade of Naxxramas and by playing bloodmage you are representing Fan of Knives. If your opponent picks up on this he might just go off curve to hero power instead which is huge for you.

Warrior: Control is unfavourable, patron is favourable
You should basically look for only creatures against warrior. Some people think it’s alright to keep sprint against warriors but I think the matchup is bad enough that your best bet is to just pressure them early and hope to naturally draw into sprint when you run out of good options. If you can get control warrior to use all of their cheap spells early and they get caught into playing 1 spell a turn in the late game then you are in a great spot. Try to make their removal as awkward as possible. Patron without charge combo is just like a non-burst midrange deck like paladin. Blade flurry will be able to answer their patron turns effectively. On the coin you should poke with dagger on t2 to take away armour so that your Violet Teacher will not fall victim to Shield Slam.

I will finish matchup and mulligan section for the other classes in the coming days when I have more time.

Rogue is one of the hardest decks to play in hearthstone because of how many lines you are presented with every turn. Its ability to switch between playing proactively and reactively makes it very hard to determine your exact role at any given time. The deck is very rewarding when played properly and can be very punishing even with the smallest mistakes. The best way to master oil rogue is simply playing a lot, thinking about your plays, and reflecting on your mistakes. It’s easy to fall in love with this style of deck once you see the possibilities presented to you every single turn. The turns you have are very reminiscent to a difficult puzzle. Turns out when you feed your horses oil instead of grass, they go a long way to helping you solve your puzzle.

As always, if you like this deck please give it an upvote! 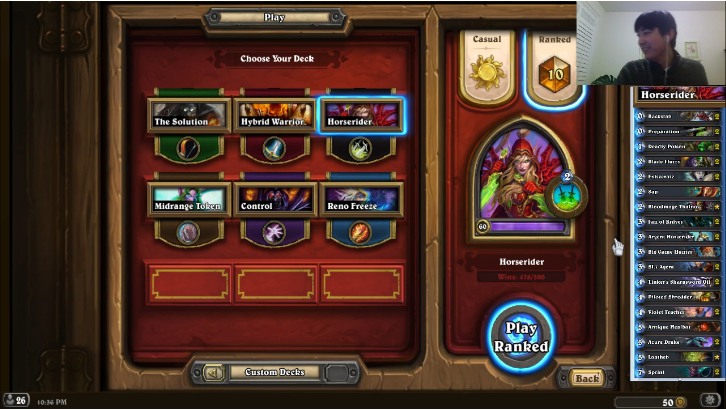