This deck can be used for normal or heroic Archaedas. 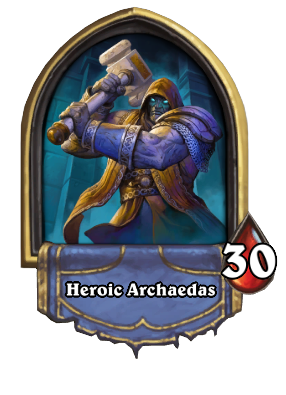 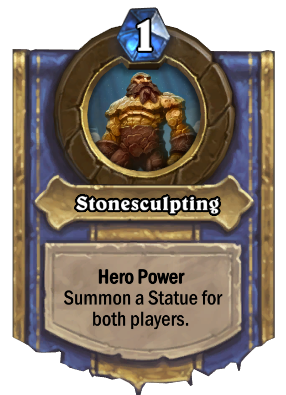 You'll want to get some minions on the board ASAP and start taking out the statues from his special ability. If you let them get out of hand he will cast Shattering Spree, doing massive damage to your hero. The goal of this deck is to manage the statues and get a Lightwarden pumped up to a ridiculous amount to take Archaedas out. Try to kill your own statues by using Abusive Sergeant or Dark Iron Dwarf, then run them into something. Do not waste a Velen's Chosen on them because you don't want any to survive. Try and mulligan for 2-drops so you can start casting them as soon as possible and damage the statues on his side of the board.

These are special cards used by heroic Archaedas. 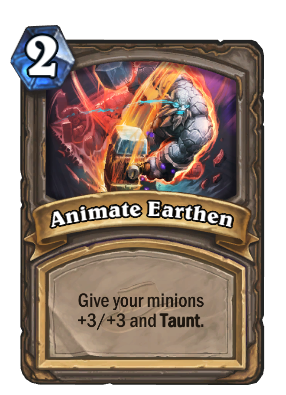 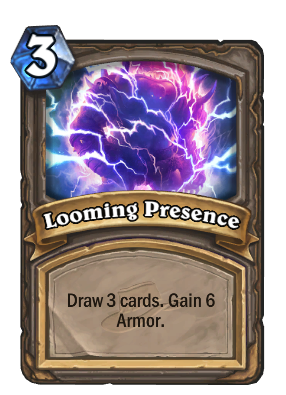 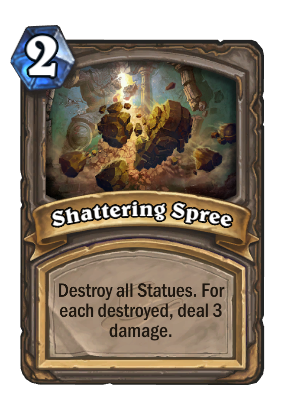 These are suggestions for swapping out cards in the posted deck for use against heroic Archaedas.

If you need to swap any cards you could always use Molten Giant and Sea Giant because you can cast them easily. You might also consider using Crazed Alchemist to destroy statues before they get buffed.

This is the complete listing for the deck used by heroic Archaedas.