I stopped playing this deck on #4/1* and started playing Reno Jackson!! Its's so much fun, even more than with this deck. I'll post the new deck list tomorrow!

I'm JJ, a german Hearthstone player. I made Legend nearly every season and mostly with my own builds. I played with this deck alot on Legend Ranks last season [S19] and now that the new season [S20] has begun i'll only use this deck to get to Legend.

I know i could play Face Druid or Face Hunter to reach Legend faster, but i don't like these cancer decks. I would prefer if nearly none of those would exist on ladder.

You are playing the deck and wondering why you are always losing? Play more and more and more! THIS DECK IS NO AUTOPILOT! You need to practise each matchup and learn how and when to play the different cards.

If you got some questions feel free to comment below, i'll try to answer each. And don't forget to "vote up" if you have as much fun as i do :-). Good Games!

Added the infinite Fireball Combo to win against Control Warrior. It worked alot of times now and it adds alot more fun! Highest lifetotal i killed with it was 76 (30 Life + 46 Armor), beat it and let me know after :-). If you want me to post the best way to complete the combo, comment below! 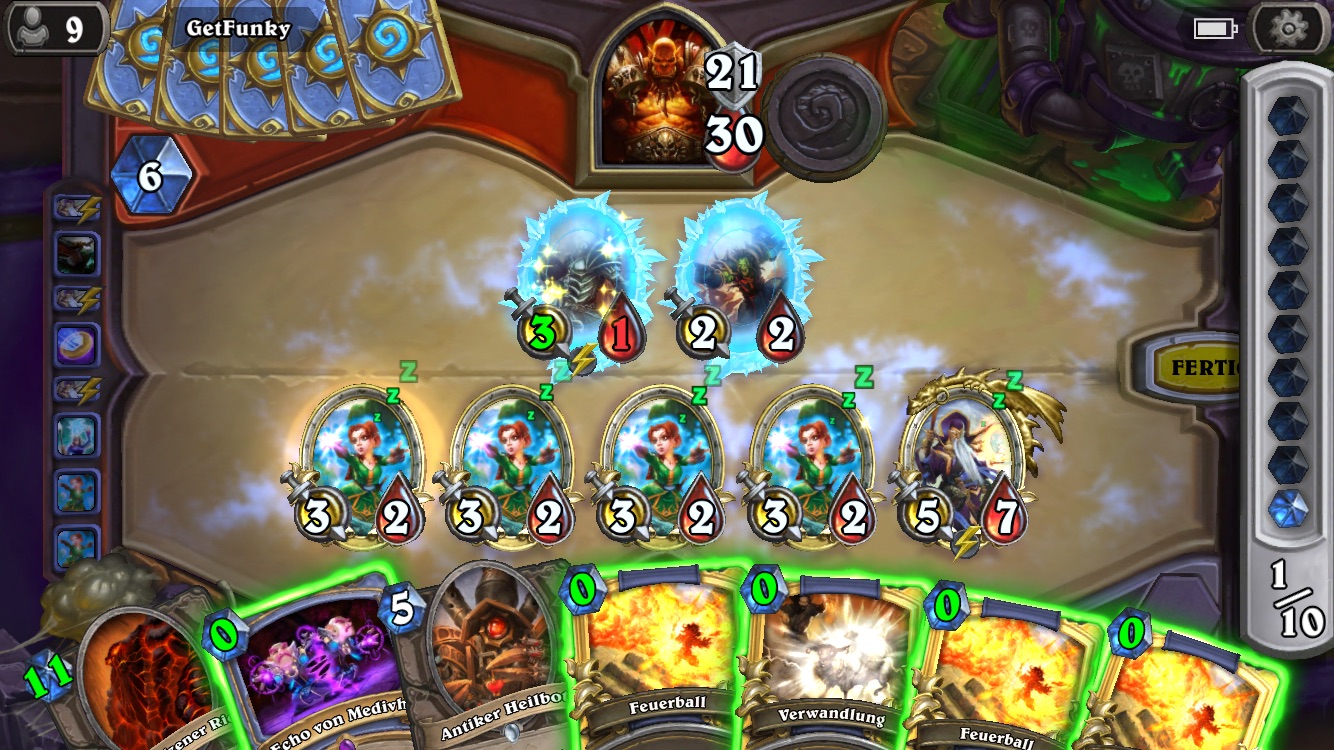 Every 2nd game on Rank 5 was against Secret-Paladin and Blizzard is too slow against them. I added only 1 Explosive Sheep because you just don't want it against alot of other decks.

Keep Arcane Intellect (1-2x), Emperor Thaurissan (if you got him on the starting hand you can keep 1x Duplicate), Polymorph, Big Game Hunter

(I will change this list from time to time, after playing more games with the deck)

Good luck grinding your way up to Legend!