Hi everybody, my name is Vicky (Zetaliowka). I'm current top 1 EU.
I'd like to share my mage deck with you. I was holding top 100 previous season season by playing this deck. It can remind you old duplicate mages, but since new expansions this archetype has got new possibilities. Here is a bit old version on a pic below:

IF YOU FOUND IKEALYOU's TAG HERE PLEASE FORGET IT AND DONT ADD HIM, DELETE HIM, AND FOLLOW HIS CHANNEL http://www.twitch.tv/ikealyou 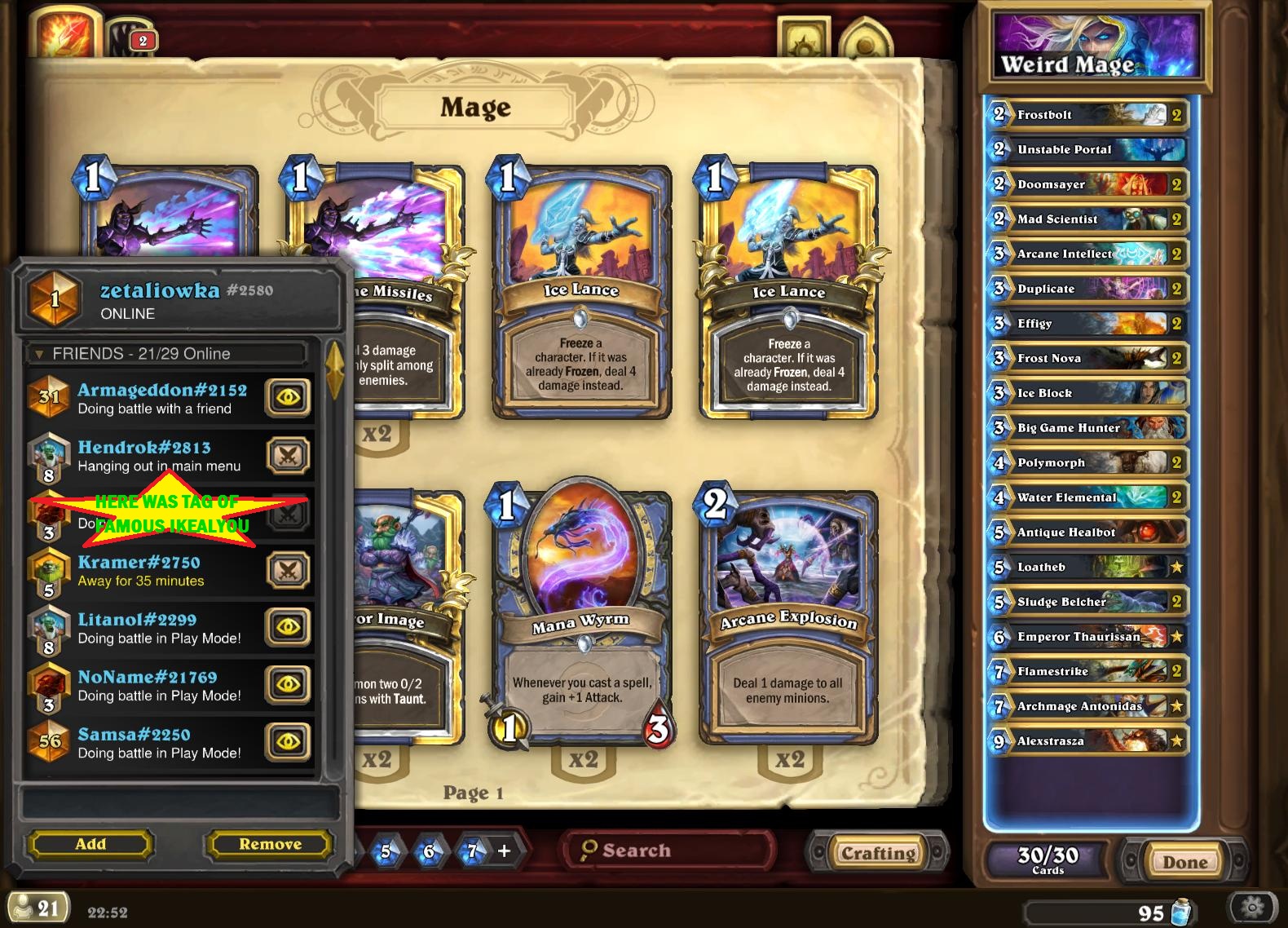 Idea of deck
Beat everyone. I was trying to change freeze mage deck, so make it playable against druid / control warrior and dont lose its general strengths. I noticed that duplicate makes both those MU's better and including more tempo cards i could finally find decent list.

Dont expect fast and easy games, this deck has some broken synergy but you must make an effort to win. And also dont try it in aggro meta, it will work mostly against dragon priests, druids and control warriors.

This deck loses to Secret Paladin, any suggestions?
Deck was playable in controlish/tempo meta(priests, druids, warriors), replacing frostbolts with esplosive sheeps can help much vs paladins, but be careful with secrets in other MU's then, dont duplicate sheeps against warriors, druids etc.

Whats your win condition?
It doesnt have certain win condition, you can play in many different ways.
1. The most sweet is effigy and duplicate on your Emperor followed by Archimage with another secrets :D
Your opponents have to trade all this stuff on board but at the same time they are making situation even worse if they do.
1. Outvalue your opponent, works against any aggro.
2. You steal tempo with early doomsayer and lead the game on board.
3. You chill and watch in safety behind walls of belchers :D 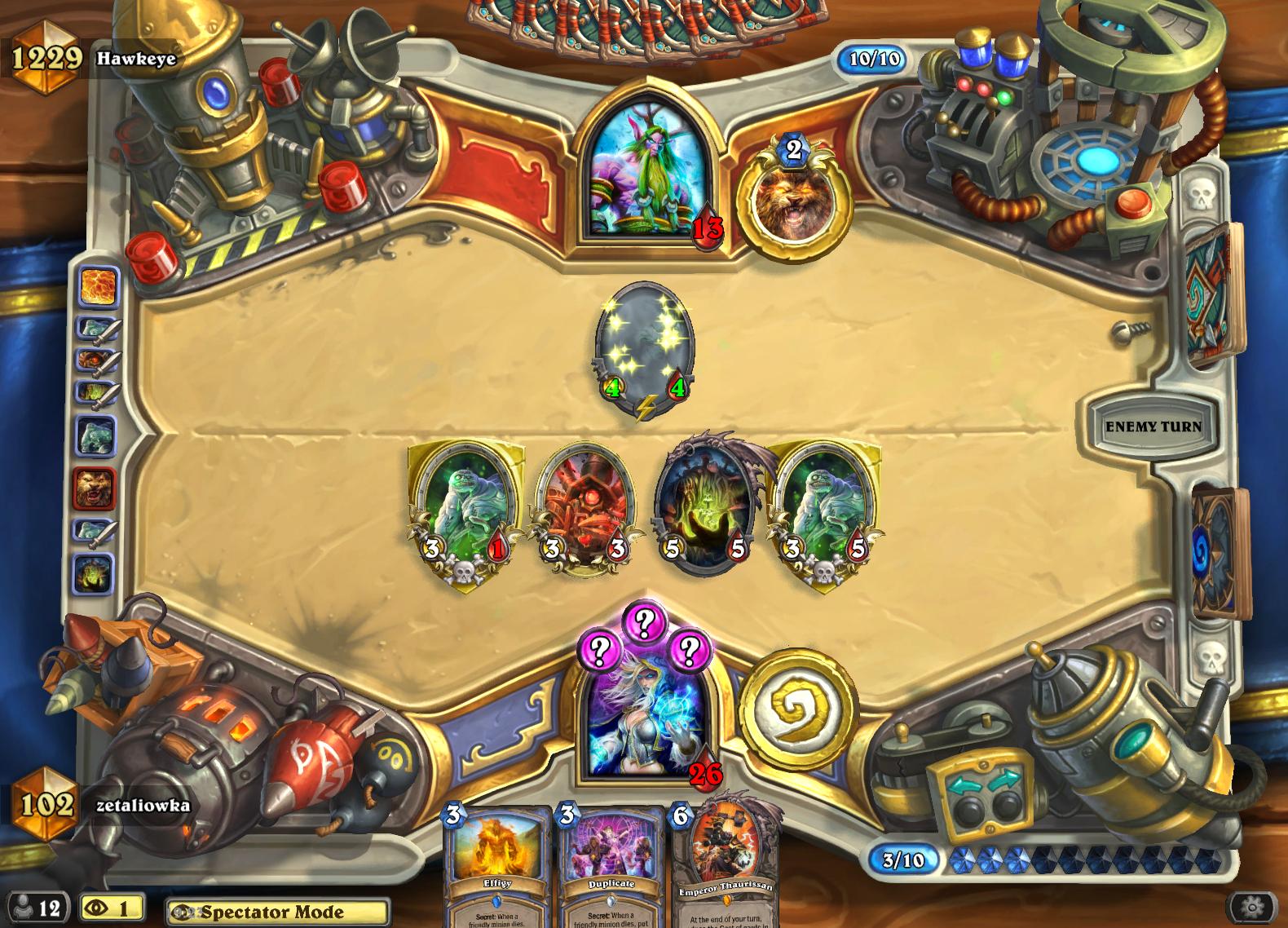 4. Nobody knows how portal on t2 can change your gameplan. 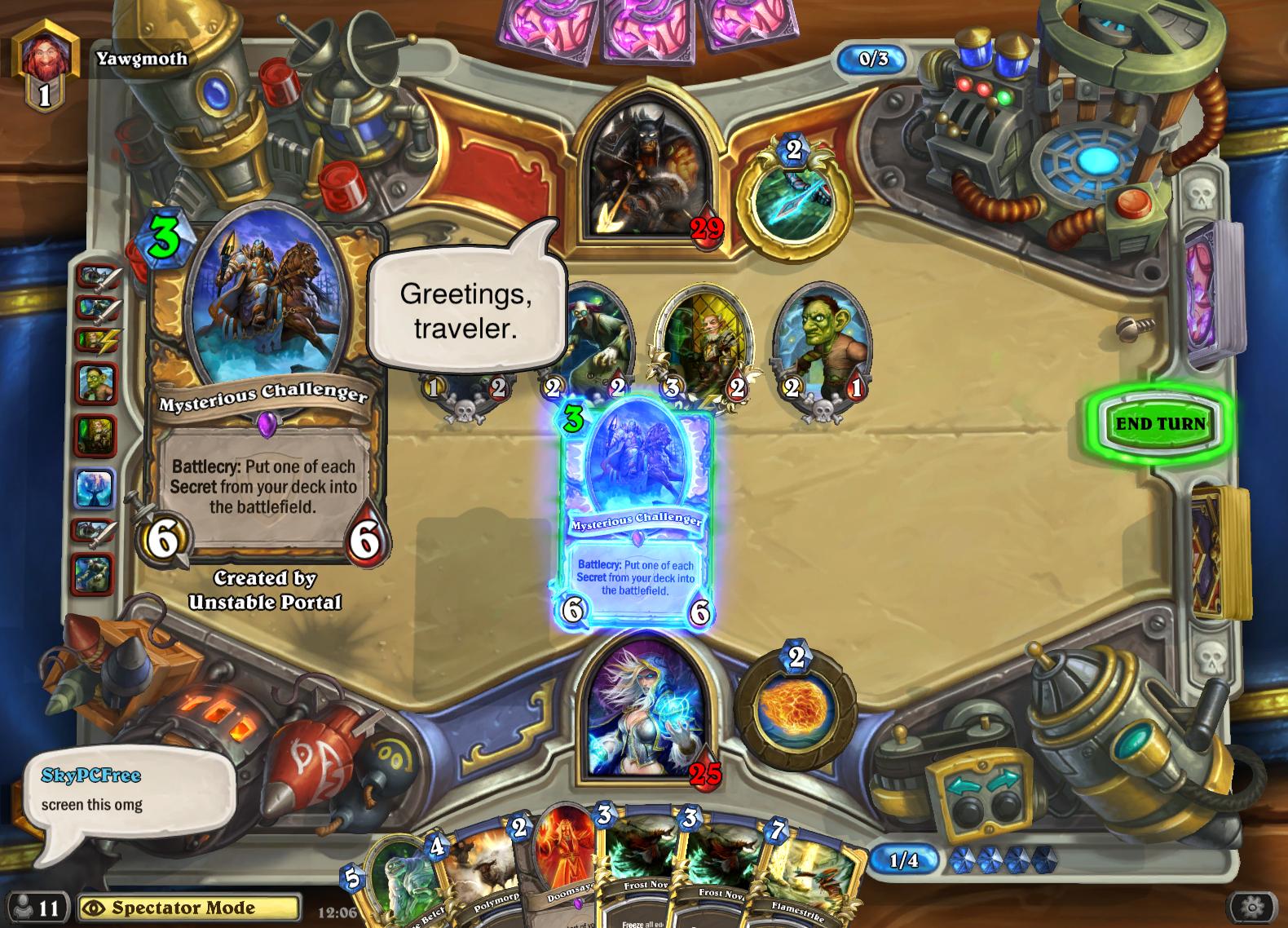 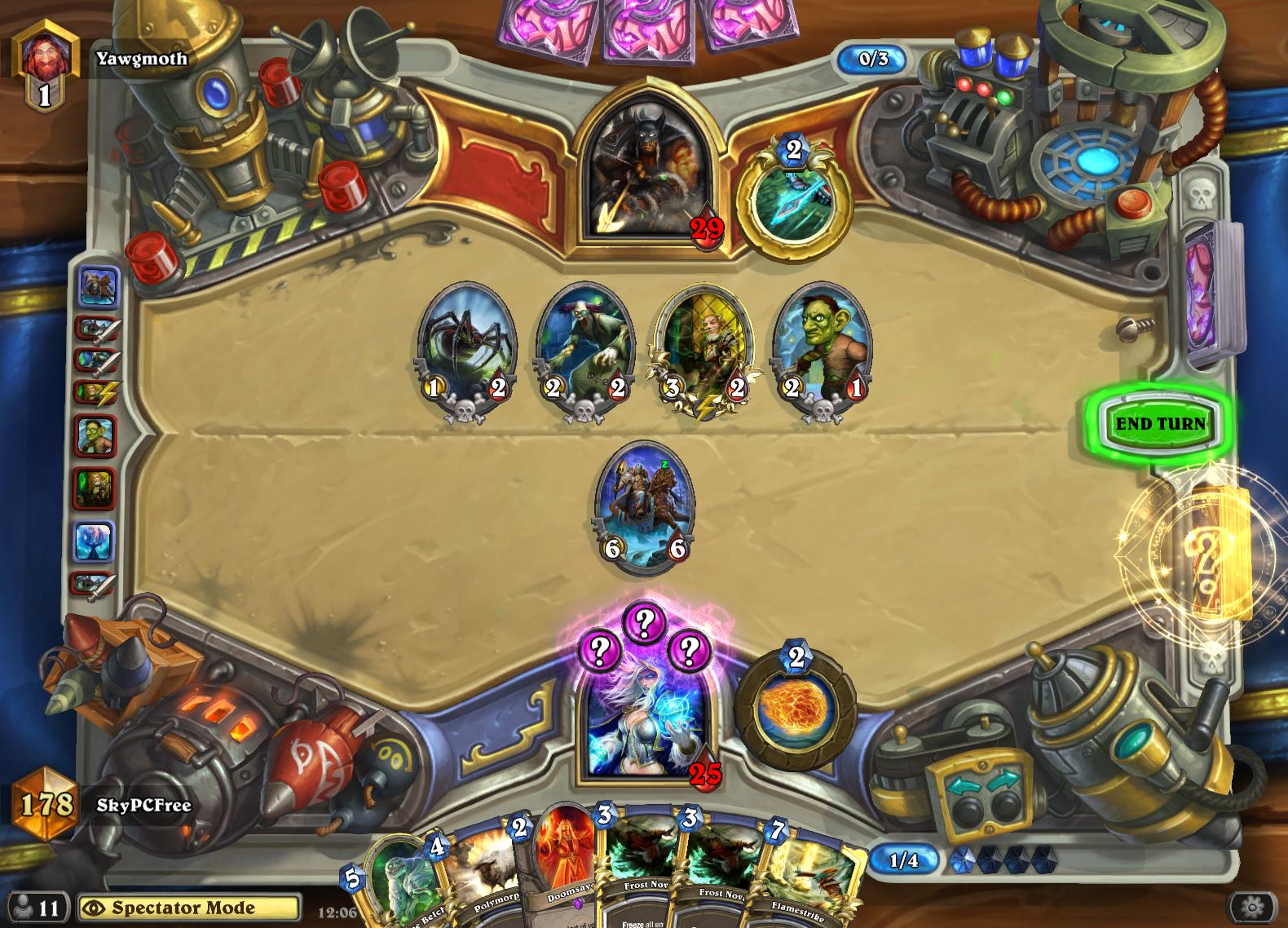 Twilight Drake vs Water Elemental
I didnt like Drakes because of the way people play around secrets. Nobody wants to kill a drake expecting duplicates, but elementals are annoying, they block weapons, druid's hero power, they arent saying what secret you have up so people may think you are tempo mage and make more mistakes against you.

Loatheb vs Nexus-Champion Saraad
Well, I dont have second card, but it can make your games more fun if you put Nexus.

WTF Portal?
It's a spell for Archimage, your turn 2(because frostbolt or doom you cant just play), reduced legendary/high drop, which can be broken with effigy in early game.

I'm still experimenting and testing this deck, if you are interested, you can follow my stream:
http://www.twitch.tv/minntzu

Not streaming till i'm top 1 though.

Thijs made these changes, I agree with them and I hope its better for current meta. If you want to learn deck, I recommend to watch his latest streams: http://www.twitch.tv/thijshs/profile

Also learn from Eloise, she only plays this deck last time: http://www.twitch.tv/eloise_ailv/profile

If you'd like to see gameplay vs different types of priests, watch video from Khristophesaurus: https://www.youtube.com/watch?v=XXIFbzQ1VUA

I'm really glad that there are people who believe in the idea of control mage and help to improve my deck. You are awesome.