This is the deck, which I used to beat Heroic Maloriak, with the only Legendary card being [card]Kel'Thuzad[/card], and a total cost of 1960 dust.

In my first two tries he summoned the 3 aberrations so I just concided. On the 3rd try he didn't and I won.

Didn't draw [card]Doomguard[/card], [card]Voidcaller[/card]1 was hexed, so it didn't put [card]Voidcaller[/card]2 for free on the board. [card]Shadowflame[/card] got hit by his [card]Counterspell[/card], never played [card]Mind Control Tech[/card], since he never had 4 minions on the board and I had better minions to play (so I finished the game with 2 MCT in my hand), didn't play [card]Void Terror[/card], didn't draw [card]Imp-losion[/card].

The game was won by KT! I used [card]Big Game Hunter[/card] for his [card]Flesheating Ghoul[/card] and [card]HellFire[/card] the turn after KT to clean the whole board (including [card]Faceless Manipulator[/card] which he used on the Ghoul) and the second BGH I used on the 11/11 [card]Drakonid Crusher[/card].

You can use other cards as well, here are the most important cards from this deck:

The rest is up to you, here are some suggestions:

Early game card that can be used to trade against his 5/3 [card]Voidwalker[/card]:

Most important cards are removal and good-trading minions. You can use Hero Power if his board is not that strong and he can't kill you. I tapped like 3-4 times in the first 8 turns. Also a really good card is [card]Mistress of Pain[/card] to heal you (I was down to 9 at my lowest, but got back to 17 with the Mistress), but be careful that he might use Drain Life to kill it. I used my Mistress after he already used 2x Drain Life to kill my [card]Imp Gang Boss[/card] and [card]Voidwalker[/card]. The most useful cards here are:

And here we use the card that makes this Deck a Winning one.

Then we put as many minions as possible, [card]Sludge Belcher[/card] is the best card here, also [card]Piloted Shredder[/card] because it spawns another card and KT respawns him, and we trade. [card]Hellfire[/card] and [card]Shadowflame[/card] are also really good here, because of KT. We trade and we have full board, while Maloriak doesn't have cards in his hand and we only have to deal with his topdeck card each turn and hitting the face with everything else. My KT was killed, but I already had such a strong board because he stayed alive for 3 turns. Another important thing is to kill the weakest minion first, when he has a Secret, so his Duplicate don't give him anything good (he got [card]Crazed Alchemist[/card] and Imp).

When we have control of the board and he doesn't have cards in his hand the game is won and not even [card]Release the Aberrations![/card] can change that.

This is my first guide that I post here, so I more than welcome any feedback, and good luck to everyone with beating Heroic Maloriak! :) 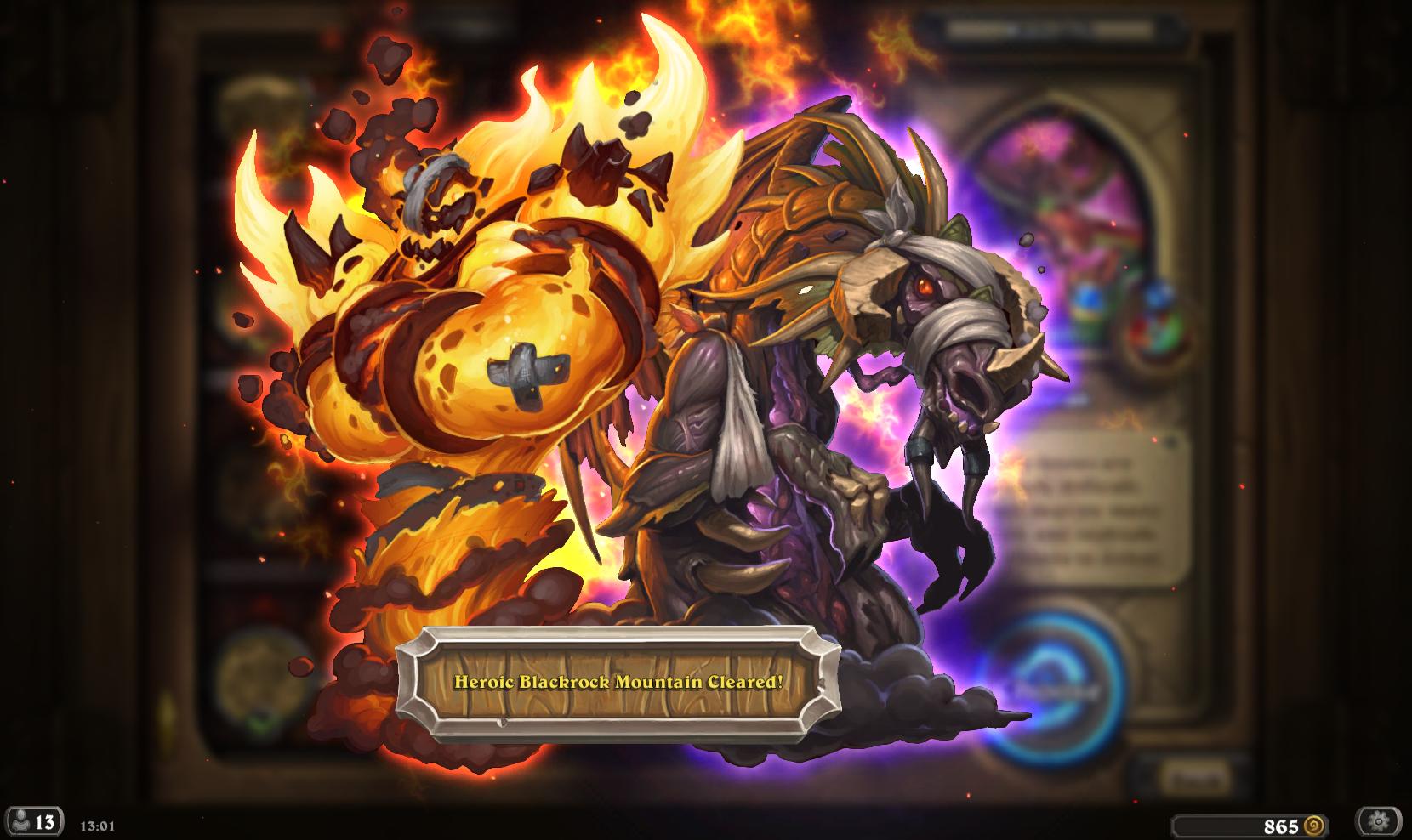