Hey guys, Dorgan here. Season 18 was the first one where everyone had to climb to legend in the post-TGT meta. Therefore, I tried a lot of decks and tried to figure out a pattern in the meta. When I was at rank 5, I saw Senfglas getting to legend #1 with Control Priest (Sep 11th). Since I haven't seen a good Control Priest list for quite some time, I was eager to try it out. Especially since I crafted the Justicar Trueheart for my Control Warrior anyways. :D 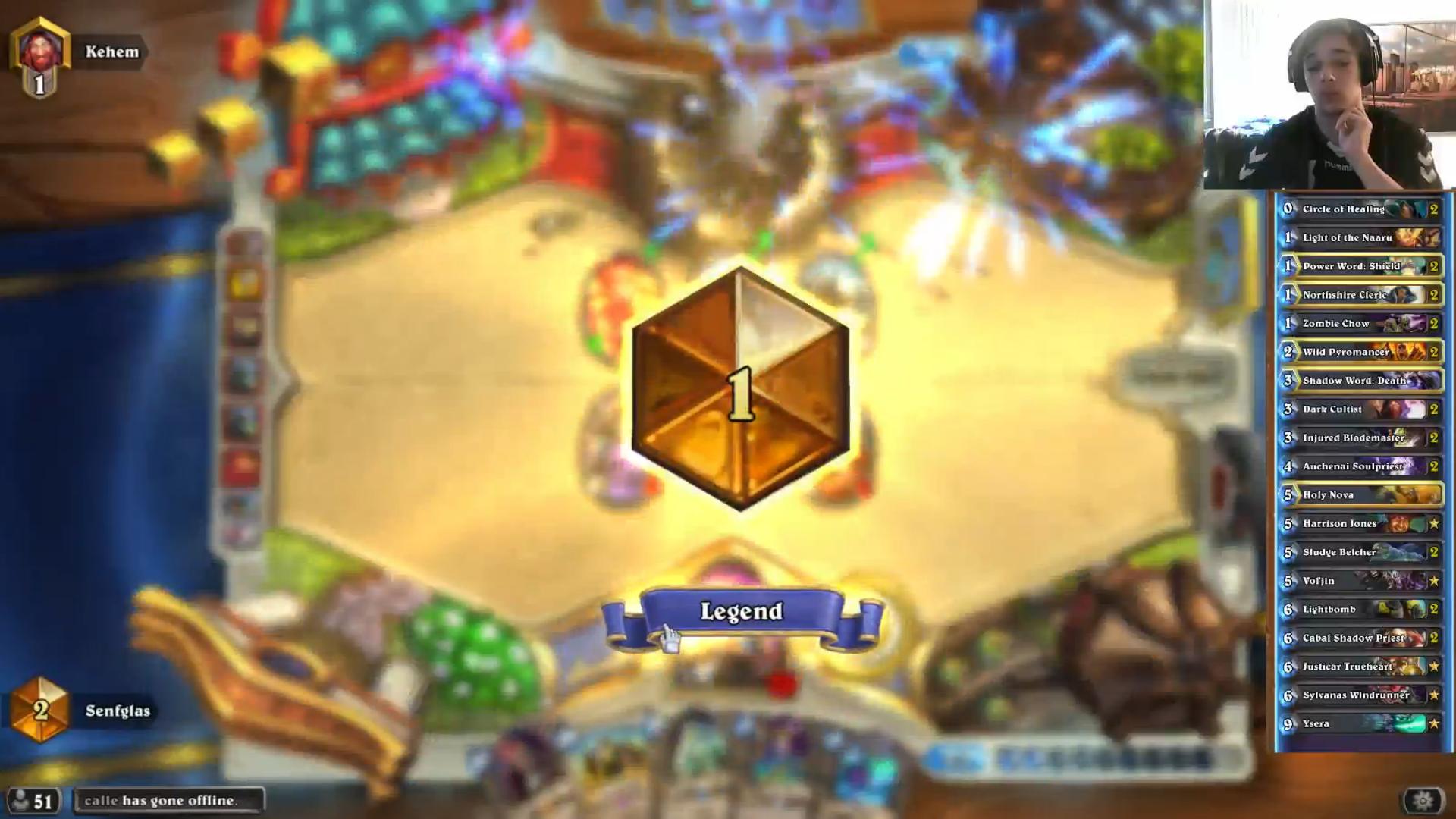 I started playing a bit the same evening and the morning afterwards and after playing eleven games (8W-3L) with the deck, I found myself at rank 4 (5 stars) and started recording my games during the weekend. I ended up running from rank 4 to legend in ~3.5 hours over a few sessions on three days (Saturday, Sunday, Tuesday) with an overall winrate of ~79%  (according to the tracker).

You can find a consecutive video with all games since rank 4 on YouTube. As always it includes educational commentary and explanations of my thought proccess. If you are interested in specific matchups, the video's description links all matches with time marks. It will probably provide more insights than any guide can. :)

With more cards, almost all lists become harder to narrow down. There are many options for a deck like this and I'm pretty sure I can't cover all of them, so I won't even try. :D

However, I will try to address a few of the tech/preference choices I see.

There are a lot of other cards to think about. However, since the deck worked fine for me, I didn't feel the need to do further adjustments. At least for now. :)

Interestingly enough, the mulligans don't really change with the matchup. Usually, you want to try to establish an early board presence, forcing your opponent to respond. However, if you don't get the draws for it, you might simply have to stall until you can come back with Auchenai+Circle, Holy Nova, Lightbomb, Belcher, etc.