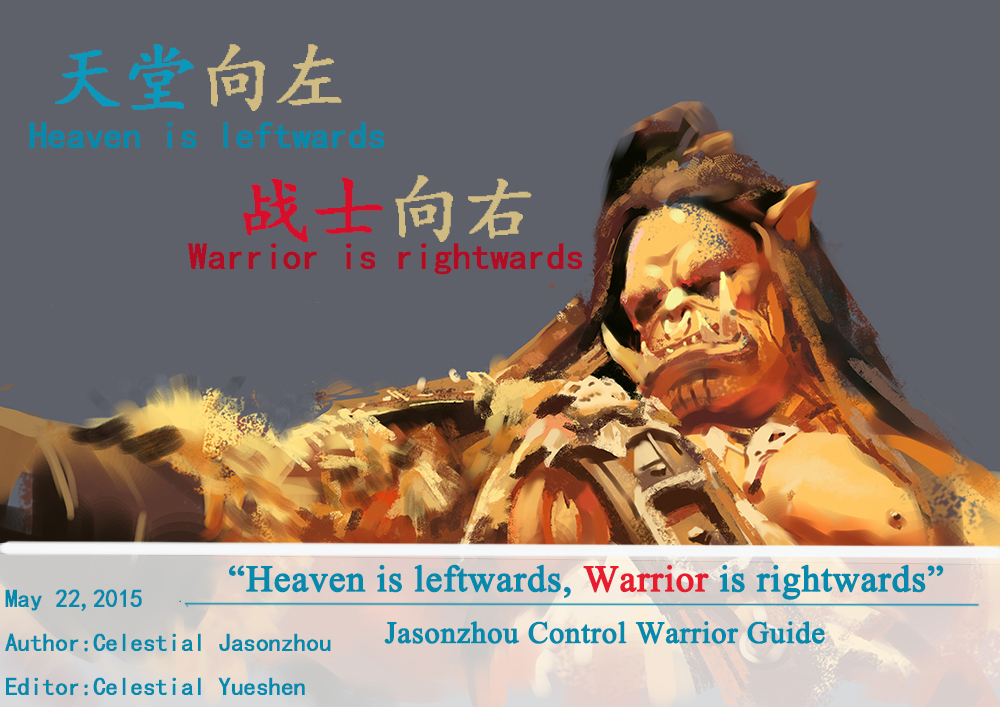 Hey guys, my name is jasonzhou, a chinese player from Celestial League. I hope this Control Warrior guide will help you. 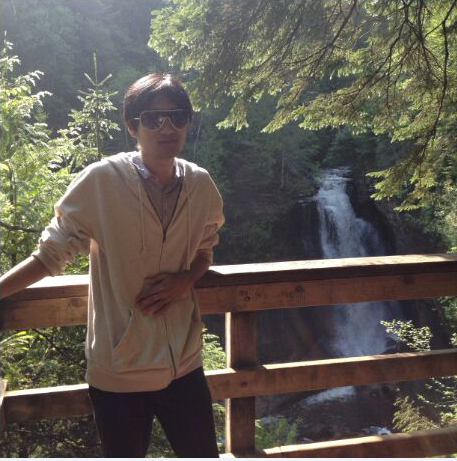 I am actually a player in the NA server and an ardent follower of Control Warrior. 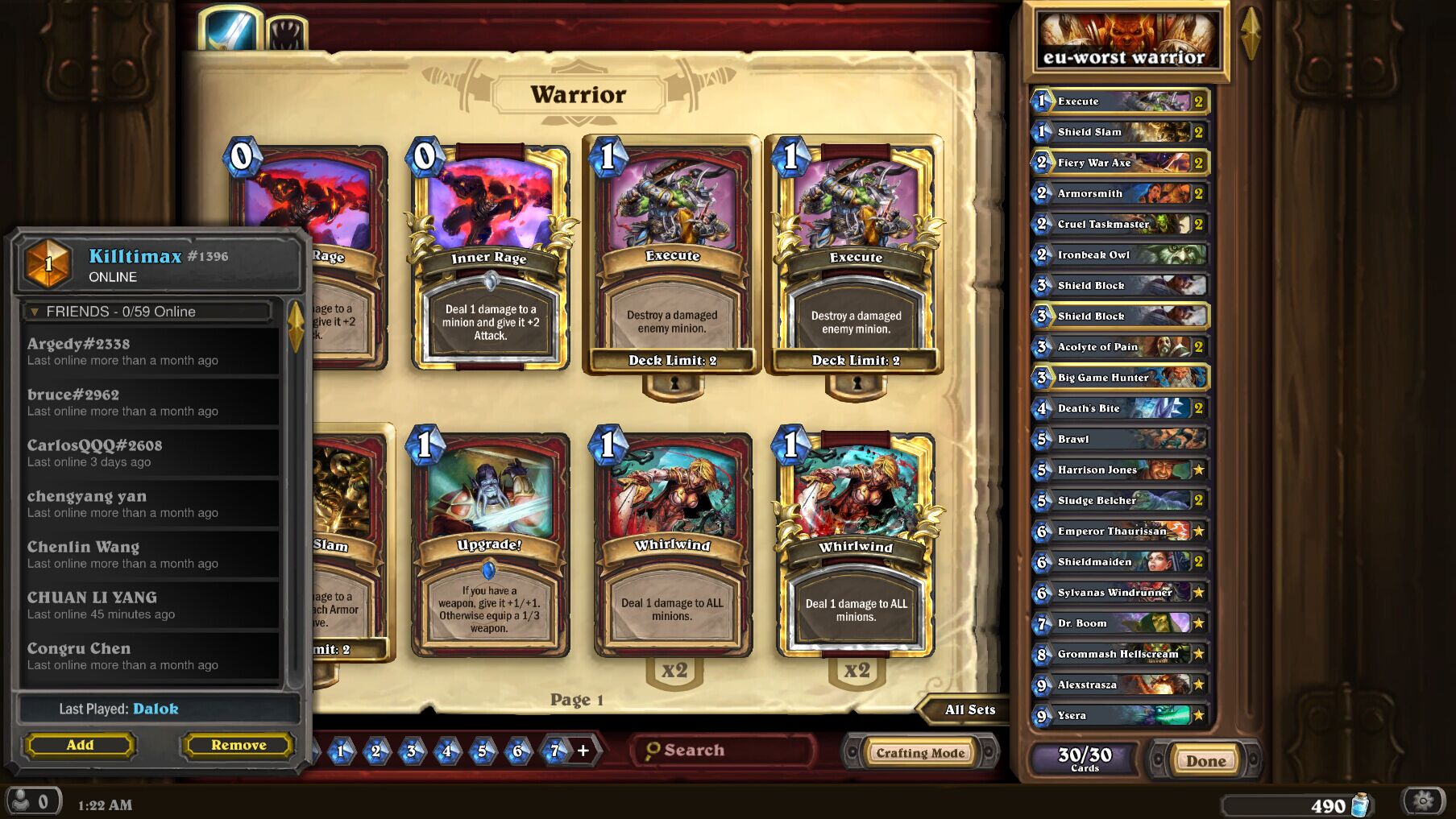 I’ve achieved the Top 1 Legendary in the EU server on 21st, May. Before this, I’ve been in the top 5 of the NA server for about one week with this Warrior deck. 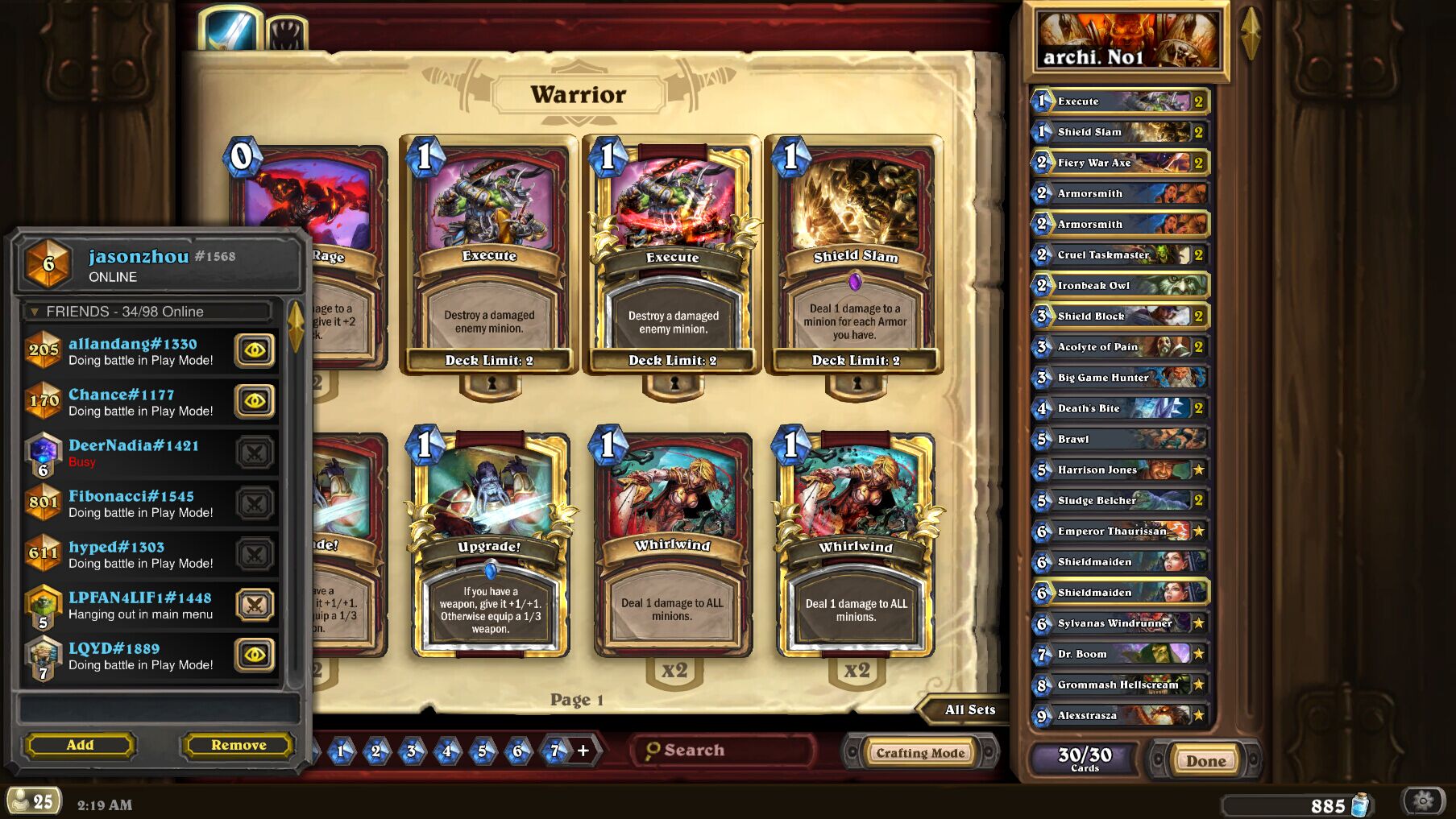 This is my account in the NA server. Recent days I’ve been engaging in team affairs so my rank has dropped a little.

Trend in ranked game of the China server, EU server and US server

EU: I spent 2 days climbing from Rank 15 to Legend Then in the third day I hit Legend #2 and in the fourth day I hit #1. Control Warrior has natural advantage over the dominant classes of the EU server including Face Hunters and Flamewaker Tempo Mages, so Control Warrior can be really powerful in the ranked plays. Meanwhile Zoolocks are not rare but now Zoolocks are not fast-pace so the situation won’t be too unfavorable for Control Warriors. Moreover, when playing against Patron Warriors, Emperor Thaurissan, Brawl and Harrison Jones are my sharp blades in my deck for terminating Patron Warriors.

NA: I spent 3 or 4 days climbing to the Legend. The circumstance in US server is quite confusing, but most popular decks are Hybrid Hunters (Midrange & Face), Ramp Druids, Zoolocks and Patron Warriors. I’ve also encountered other classes anyway. The circumstance is generally not bad for Control Warriors.

China: Things get quite clear when it comes to the China server. Zoolocks, Hunters and Patron Warriors are prevailing. Above Rank 5 Handlocks can be seen. In summary, Control Warriors still have chance to achieve Legendary or even Top 1 with such strength and stability. However, the terrible network lag has made my climb impossible.

Compared with traditional Control Warriors, Dragon Warriors are manifested by greatly enhanced late-stage and more aggressive mid-game. However, Harrison Jones is still useful, and Blackwing Corruptor is not stable to use since there were only 3 dragons in the deck, you may can not trigger the battlecry at turn 5. (It is impossible for you tomulligan 3 cost-9 dragos) Harrison Jones (card draw and destroy weapon) and Emperor Thaurissan (accelerate your game) are better than Blackwing Corruptor. If it can deal 3 damage without holding dragons in your hand like Fire Elemental, I may use it. If you want to enhance late-stage, you can remove one Shield Block and add Nefarian. About Nefarian, I like this card but putting two 9-cost cards in one deck is not recommended. In most cases, playing a 9-cost card is very risky for a Control Warrior.

Two Brawls, Emperor Thaurissan and Harrison Jones are rather controversial. Though Brawl is very effective against Patrons and Zoolocks which are good at board swarming. But it is rather unnecessary and useless against Warriors and Druids. I win by control in most time, not by Brawl.

Emperor Thaurissan can effectively accelerate your game. With the help of Emperor Thaurissan, you can play a huge high-cost minion at the same time play a small minion, cast spells to eliminate enemy minions, or equip a weapon in one turn. It can also enable your Ysera and Alextrasza to come into play earlier. So in my opinion, Emperor Thaurissan is a necessity.

Harrison Jones, an important card engine that can grab the pace of the match, can be used in countering Patron Warriors, Handlocks, Oil Rogues and Paladins.

This is about how my deck evolves.

Control Warrior vs. Zoolock: Death’s Bite is a key to success when battling against Zoolock. If you can not entirely clear the board, don’t exhaust your Death’s Bite. Sludge Belcher is a better choice because it cannot be killed by an Imp-losion. Fiery Axe and low-cost minions can help you survive early game, then you can control the board by Death’s Bite and decrease mana cost by Emperor Thaurissan. Rational strategy can easily turn the tide, it will be the Zoolocks’ turn to struggle. When Warlocks play Void Caller, it’s better to kill it than let it die in the opponent’s turn because if Warlock kills it intentionally, it is more likely to put a larger demon into play.

Control Warrior vs. Druid: Druids have natural advantage over Warriors, they have more mana in one turn, and Innervate enables them to put over-sized minions. The key point is grabbing the pace of match. After a Druid uses Wild Growth, firstly you shall make full use of all you mana crystal, play minions and not rush to draw cards. Secondly you shall interrupt your opponent’s perfect use of mana. For example, if you play Acolyte of Pain in Turn 3, your opponent may change his strategy from playing a Piloted Shredder to playing a Keeper of Groove to silence your Acolyte; in Turn 6 or 7, your opponent is likely to play Emperor Thaurissan and Ancient of Lore, you can play Harrison Jones, then he has to kill Harrison by Swipe, or leave it for you to finish off his minions.

Moreover, you can induce a Druid to play Swipe by elaborately make your minions destroyable by Swipe at Turn 5 or 6. So that your opponent won’t have sufficient mana for Sludge Belcher, Claw Druid or Sylvanas. When you have Acolyte of Pain and Sylvanas in hand, play Acolyte first, because if Acolyte has consumed his silence cards, Sylvanas is likely to gain more for you or even reverse the match.

Prepare your Dr. Boom for Big Game Hunter! Even so Dr. Boom may still cost your opponent 7 mana to clean up (BGH + hero power + Wraith).

In turn 8, Death’s Bite has better to be saved, just kill enemies by Shield Slam and Execute to make preparation for your Ysera.

Control Warrior vs. Handlock: Never inflict any damage in early game in order to prevent the opponent from playing Molten Giant. As Control Warrior deck is stronger than Jarax Warlock, Warrior can easily win when both decks are used up. So when facing a Jarax Warlock, I prefer a dilatory strategy and wait for my powerful minions and draw-card cards.

1. Death’s Bite can cooperate with Acolyte of Pain for drawing more cards.

2. Weapons can be used instead of spells in early games so as to preserve the spells for late stage.

3. Kill the giants by minions and weapons.

4. When your life is running low, try to make your opponents believe that you have lethal in hand, then they may switch from attack to setting taunts.

Sylvanas, Brawl and Ysera are your winning weapons. Sludge Belcher is better than Dr. Boom when your opponent’s life is around 20 because Sludge Belcher can deal less damage and prohibit Molten Giants.

Control Warrior vs. Flamewaker Tempo Mage: In my opinion, Control Warrior has definite advantage over Flamewaker Mage. Usually in two turns you can judge what kind of Mage your opponent is. When facing Flamewaker Mage, you need to save an Armorsmith, or some other small minions for Mirror Entity. Flamewaker Mage is not a fast-paced deck, your weapons are effective enough in grabbing pace of match. Armorsmith, Ironbeak Owl and Cruel Taskmaster can trigger Mirror Entity with lower price. But Acolyte is not recommended for Mirror Entity, I’d rather give my opponent a 5 or 6 cost minion than a draw-card minion. If early stage game is carefully arranged, big 7-9 cost minions can hold the board for you, all you need to care about are opponent’s Dr. Boom, Ragnaros and Antonidas.

Control Warrior vs. Hunters: When countering Face Hunter, gaining armor every turn is greatly beneficial. This can provide more flexibility to Shield Slam. If your life is still high enough to stay safe, Shieldmaiden can be played at Turn 8. One or two minions should be preserved on board to eliminate enemies.

For Mid-range or Hybrid Hunters, pace is more important. Sylvanas can counter Savannah Highmane, small minions can be used to trigger Freezing Trap.

At last, I suggest that players can try to play your opponents’ decks, knowing your opponents makes a better Warrior, you will know how to make your opponents struggle in a game. Control Warrior takes much longer time for each game but each win signifies your ability of controlling the game.

Warriors, unsheathe your weapons and win all fights!

I broadcast my plays live in douyutv.com, you can find me by searching jasonzhou or click on website http://www.douyutv.com/108610. 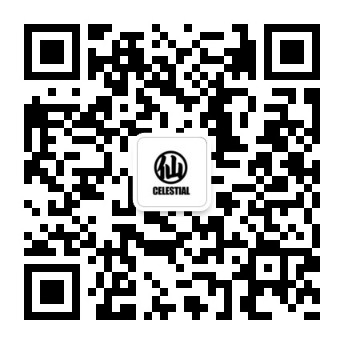 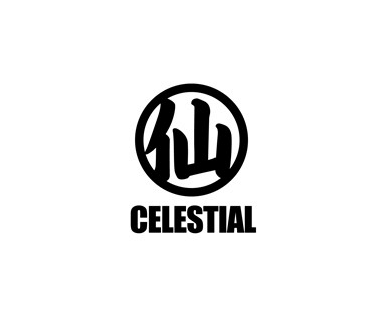