Yo guys, I'm back with another masterpiece. Well, maybe not a masterpiece but it's an unique deck which brings a lot of fun into your constructed game. The main reason why I actually tried this deck is Upgraded Repair Bots attacking emote 'beatings available'. After a few failed attempts with Wild Pyromancer being in the deck due to possible spare parts synergy I came up with a semi viable list, but the winrate was not high enough. The final addition I made to the deck was Mind Blast which helps you to win games where your opponent manage to get back the board which is the case pretty often. I also had a Lightbomb in at first, but I figured the single Holy Nova was enough since you generally want to maintain board control with your minions.

But why mech priest and not mech mage or any other mech variant? I'm not saying that mech priest is better than any of the other mech decks, but it has advantages that other classes can't provide.

1.) Priest can heal minions or himself on demand, which is pretty important against face hunter. I had a lot of mech mage games where I could't win against face hunter because of missing face health. I still run one copy of Antique Healbot, because the hero power itself only negates the hunters hero power.

2.) Hihger health on your mechs is actually a pretty big deal. Casting early Power Word: Shield on your mechs, specifically Mechwarper not only helps against board clears like Hellfire etc., but it also lets your Mechwarper live against Fiery War Axe which is huge. The priest exclusive Upgraded Repair Bot is also very good to allow your 4 attack mechs to get some extra hits in. What's also quite hilarious is that you can buff your mechs health up to 11-14 pretty easily which allows you to do some heavy burst damage if you manage to get a Reversing Switch.

3.) The early aggression provided by the mechs followed by impactful midgame tempo plays with Shadow Madness and Cabal Shadow Priest leads to a very dynamic gameplay which is often pretty one-sided. If you can maintain board control and curve into your tempo plays you usually win the game on the spot.

The curve tops with Dr. Boom, because he is always good to have :p

1x Annoy-o-Tron & 2x Shadowboxer
Annoy-o-Tron is very good against aggro, but I don't want to run 2 since it is weaker against Patron Warrior. I decided to run double Shadowboxer because I wanted to have a decent amount of 2-mana mechs since those are the most impactful ones if you can spam them with Mechwarper. The discount on the 3 and 4- mana mechs are usually not that impactful except if you play them on curve.

1x Antique Healbot
Even though the priest can already heal himself with his hero power, I still want to have at least one extra source of healing against all sorts of aggro or even to get out of combo range against a druid. Also it is a mech so it benefits from the overall synergy of the deck.

Since this priest deck doesn't have any control elements, there is a genral rule for all mulligans. Always keep Northshire Cleric and Cogmaster. If you have the coin you also want to keep Mechwarper and a 2-mana mech. Also keep Power Word: Shield if you have the coin. Always put everything back that costs 3 mana or more, playing on curve is the most important thing with this deck. It's much better to coin out a 2-mana minion on turn 1 if you don't have a 1-drop. The only exception is if you happen to get a 1-drop along with double 3-drops that are good on curve and if you have the coin, then you can keep all of them.

2x Cabal Shadow Priest & 1x Dr. Boom - There are all sorts of minions that are good in these spots, even though you can't 'replace' the impact that both of these cards have. You can try Loatheb additional mechs like Mechanical Yeti or Annoy-o-Tron or even an Azure Drake. If you have Sylvanas Windrunner you can also use her.

That's it for now, if you liked it leave a +1 or comment with all your hate if you've lost with this deck :p 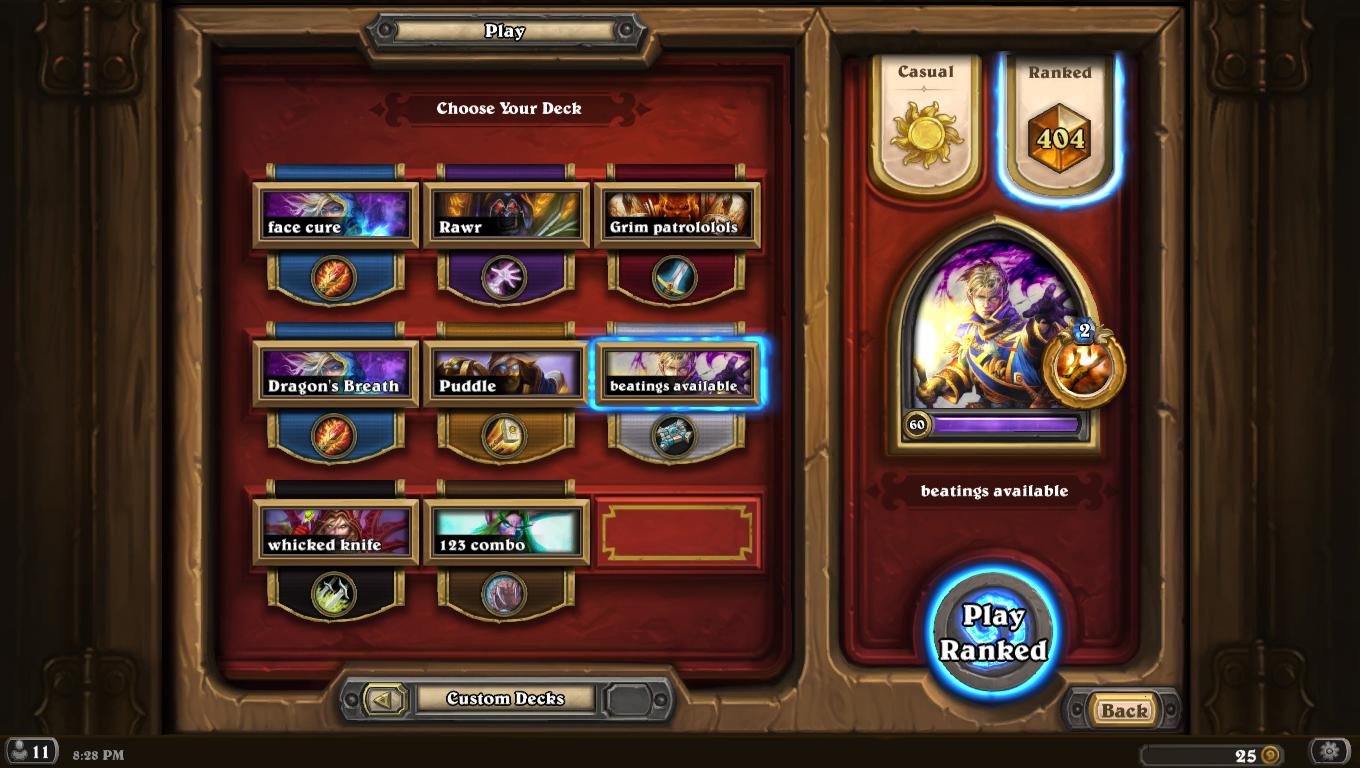