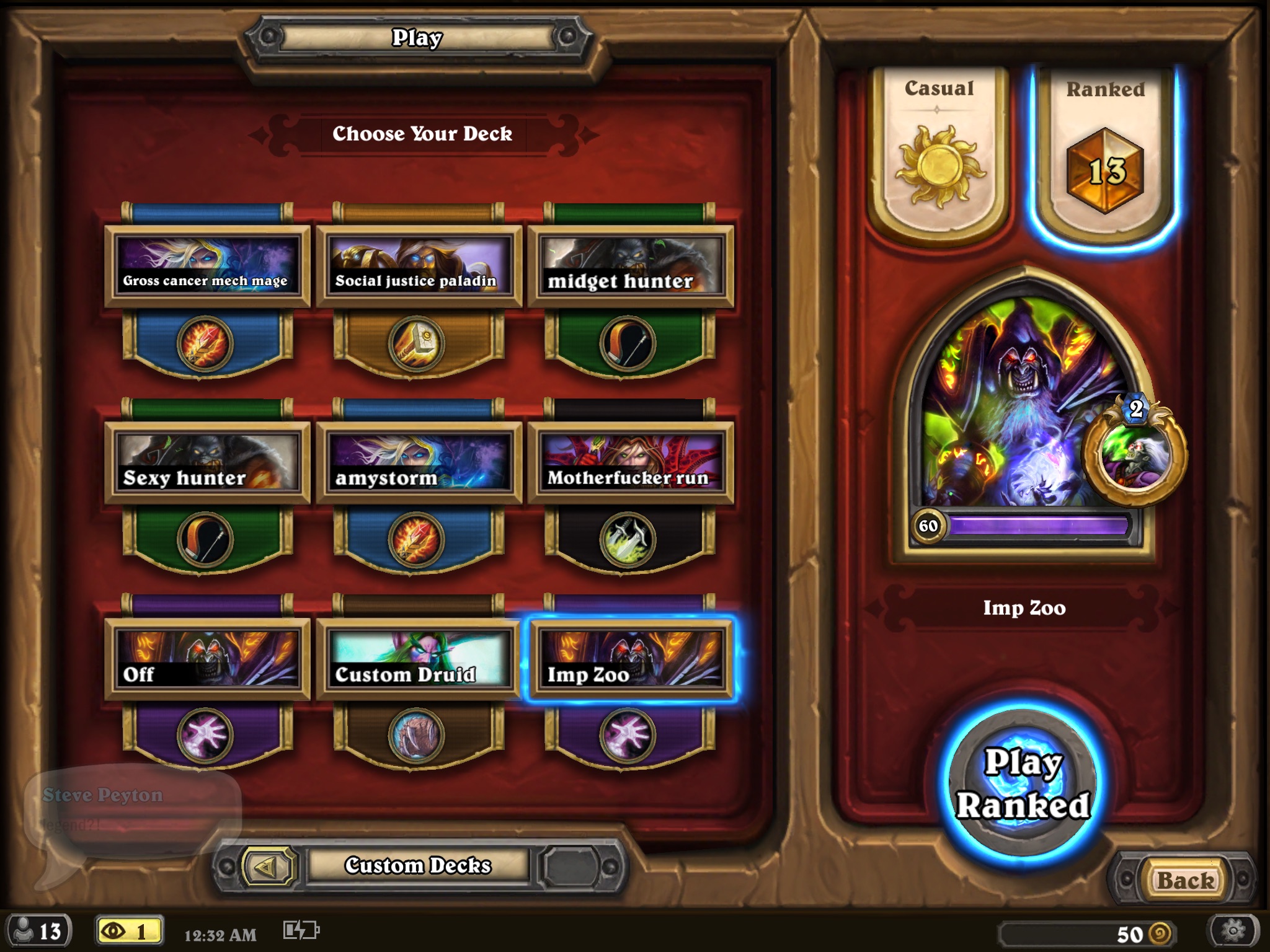 Hello, everybody this is the zoo list I used to climb to legend for the first time. Basically it's classic zoo with Imp Gang Boss in place of harvest golem. The deck is favored against Druids and other aggro decks (including the dreaded face hunter) because you can more or less out tempo em'.

Standard Mull is one drops and 2 drops minus Owl and egg unless you have abusive with it . Imp gang is okay to keep if you curve into it.

Paladin: Standard Mull. Haunted creeper and abusive are extra important in this match up.

Hunter: Standard mull + Keep Owl, Impgang, and keep egg even if you do not have abusive. Keep argus if you have coin and like the rest of your hand. Creeper and Void walker is extra important.

Priest: Standard mull + Power overwhelming to deal with Deathlord and buffed creatures/ Your 3/2s are extra important to deal with Cleric.