Since Arcane Giant is out and the Wild Pyromancer + Commanding Shout Combo has proven to be good in OTK Worgen Warrior a combo Grim Patron Deck is playable again.
Playing Arcane Giant instead of Worgen as a finisher allows you to have extra deck slots for stuff like Whirlwind and Grim Patron-
Just felt like sharing this one again. It is probably the closest a deck has been to the old Warsong Commander Grim Patron Warrior.
The deck has seen high legend play by multiple players.

If you want to see the deck in action, follow me on twitch ( http://www.twitch.tv/senfglas_ ) 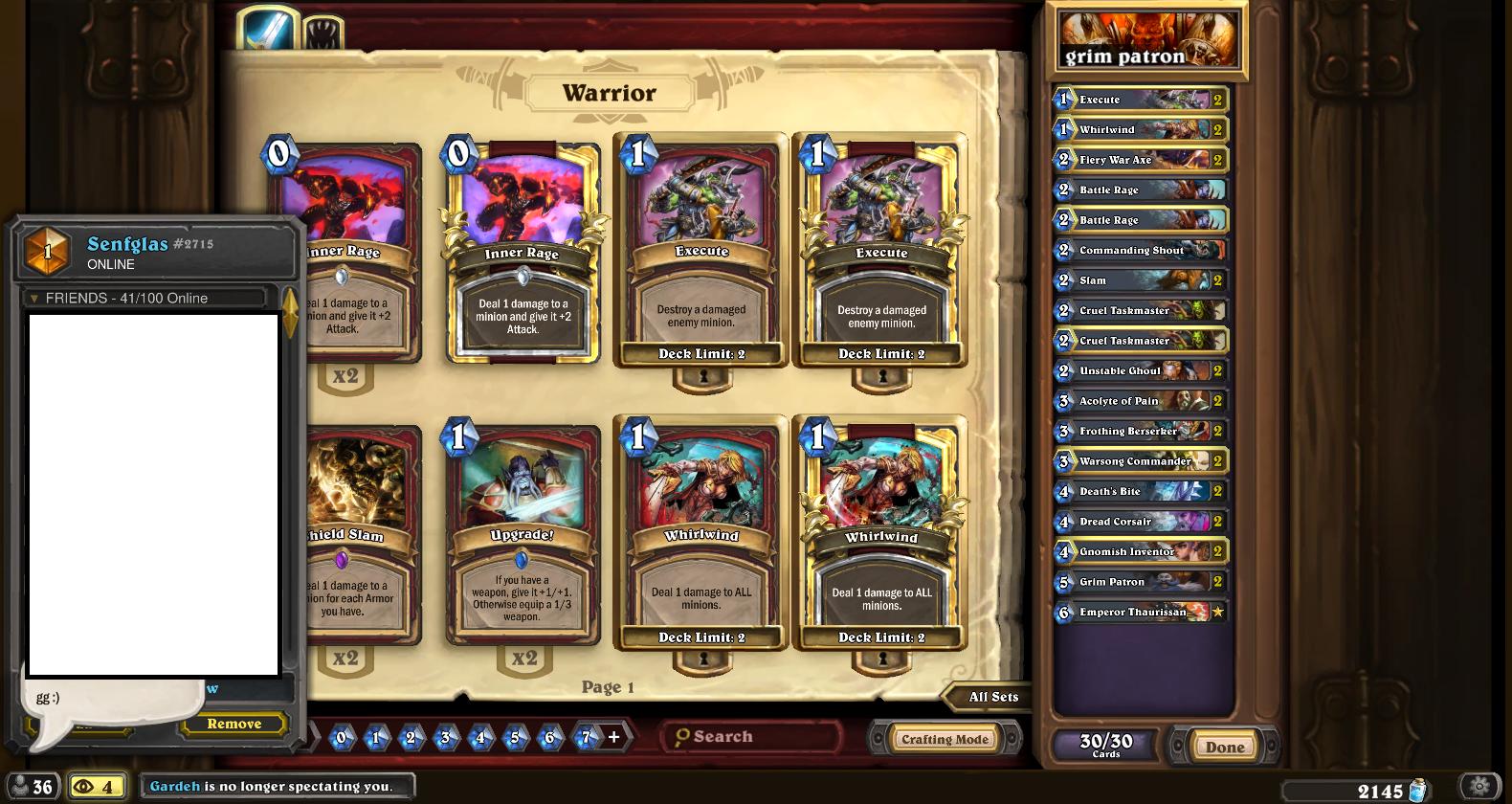 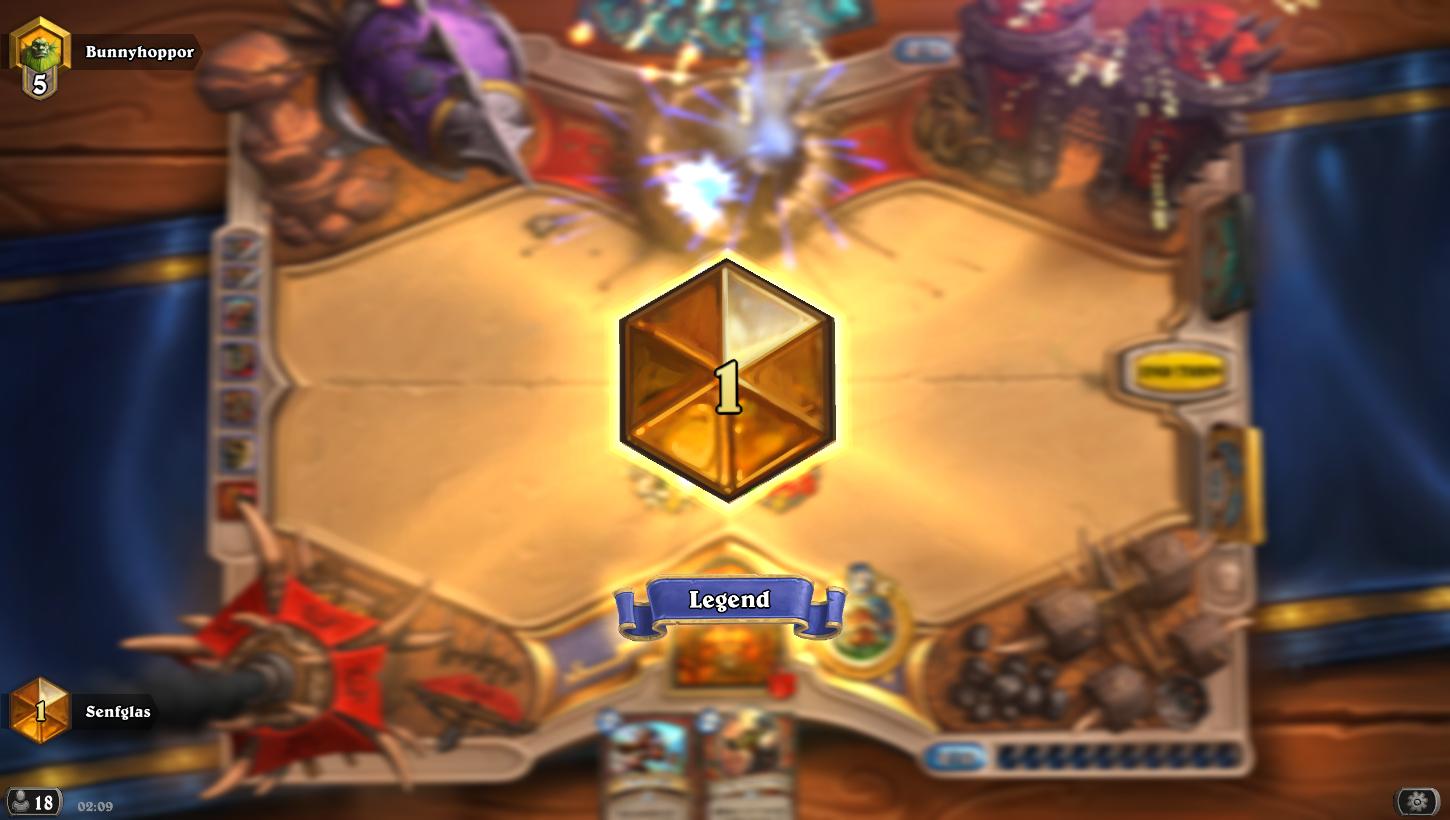 Just try to fight for board control as much as you can in general. Anything else should be fine then. Against Face Hunter: try to race them with your weapons and Frothing Berserker

Try to draw as many cards as you can while not loosing the board too much (the more you draw the more likely you will be able to play your little combos). Play a couple of Grim Patron if you know your opponent should not be able to clear them or just save them for the combo with Warsong Commander ( + Commanding Shout eventually). Also always keep in mind that you might be able to almost oneshot your opponent with a big Frothing Berserker especially after you got some value from Emperor Thaurissan.

Questions and answers:
Why do you not play...
...Grommash:
It could be good but i never saw a reason to put him in. I think I do not need him as a finisher. And playing him just as a big guy makes my opponent get more value out of his single target remove cards (which he usually does not get against this deck).

...Axe Flinger:
I do not need face damage on like turn 4 or in midgame in general. I prefer playing Gnomish there for an extra card draw. It also is not the best finisher in this deck in late game.

...Bouncing Blade:
Why would I? The card is just too inconsistent in my opinion. Also I do not want to fill up my entire board with Grim Patrons. Because in case of AoE damage I need space for new Patrons to spawn.

In general I think it is always much easier to say what card could be good in a deck than saying what card would I remove for that. And all the cards I am playing right now are working just fine.

Also check out this 2 minute video FailCraft made about the deck.
https://www.youtube.com/watch?v=4-RSNBdpjfc