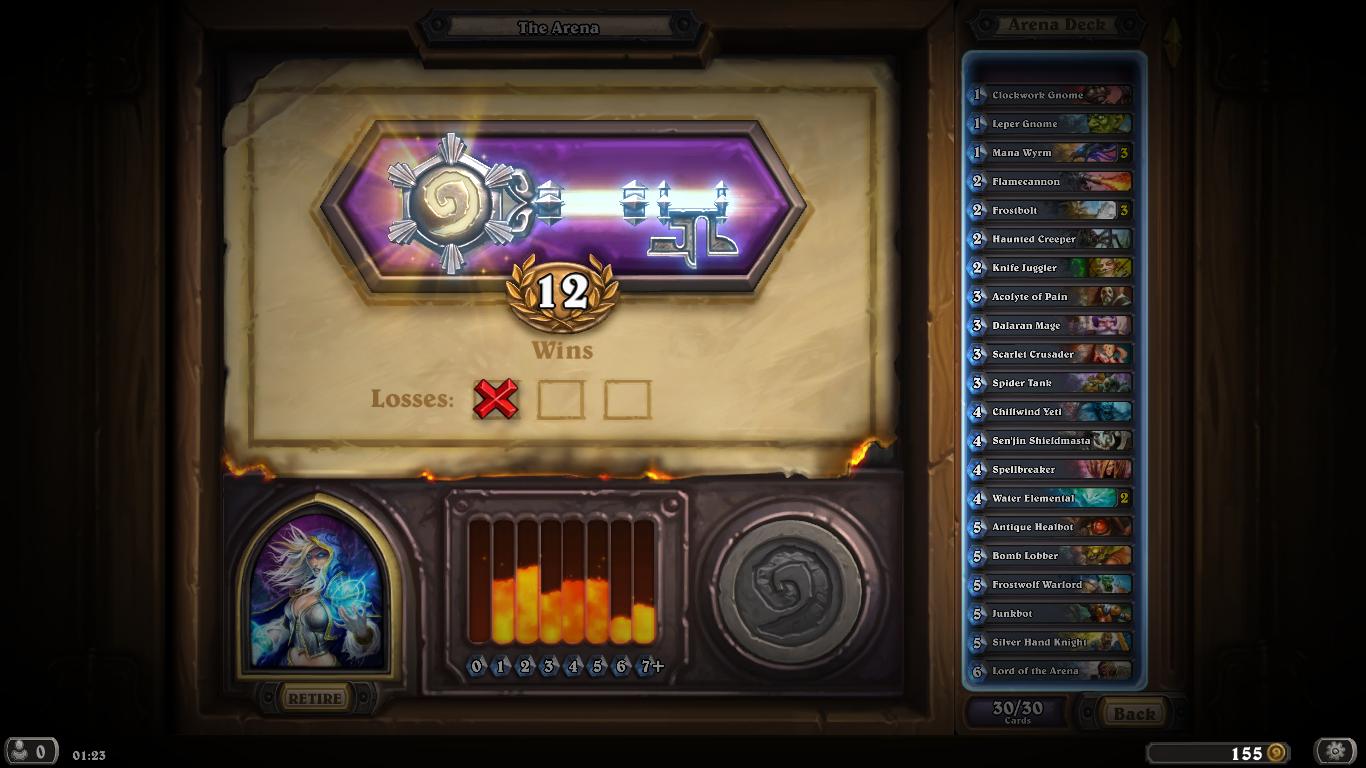 As you can see, nothing special, but I managed to maintain a tempo advantage over my opponents almost every time. Nice 1 drops and a lot of early game removal, that was the clue. 6 wins in a row, than 1 loss and another 6 wins.

Every card had at least one brilliant moment, I was satisfied with all of them.

Just to mention some incredible scenarios:

- When I almost finished one of the games, I was very low on health and my opponent had only 2 healths but a wall of taunts. I drew Leper Gnome and pinged it with my Hero Power and the match was over! Actually this happened twice! :)

- My Spellbreaker silenced my frozen Frostwolf Warlord so I could get lethal.

And finally the MVP's:

we all knew that Flamestrike is OP in the arena, but my long run was surprisingly easy thanks to Bomb Lobber and Flamecannon.

Good luck and have fun on your next arena run!