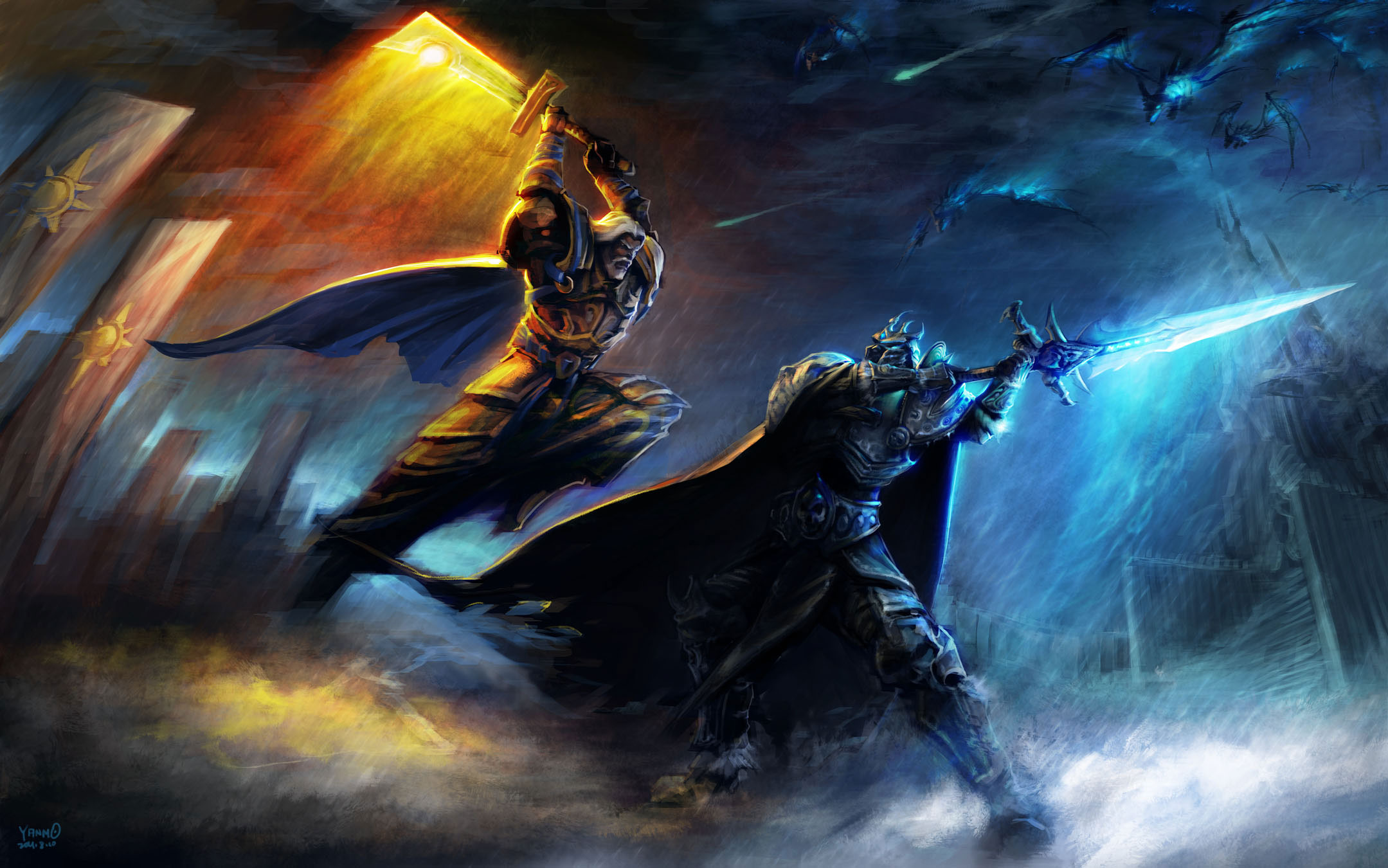 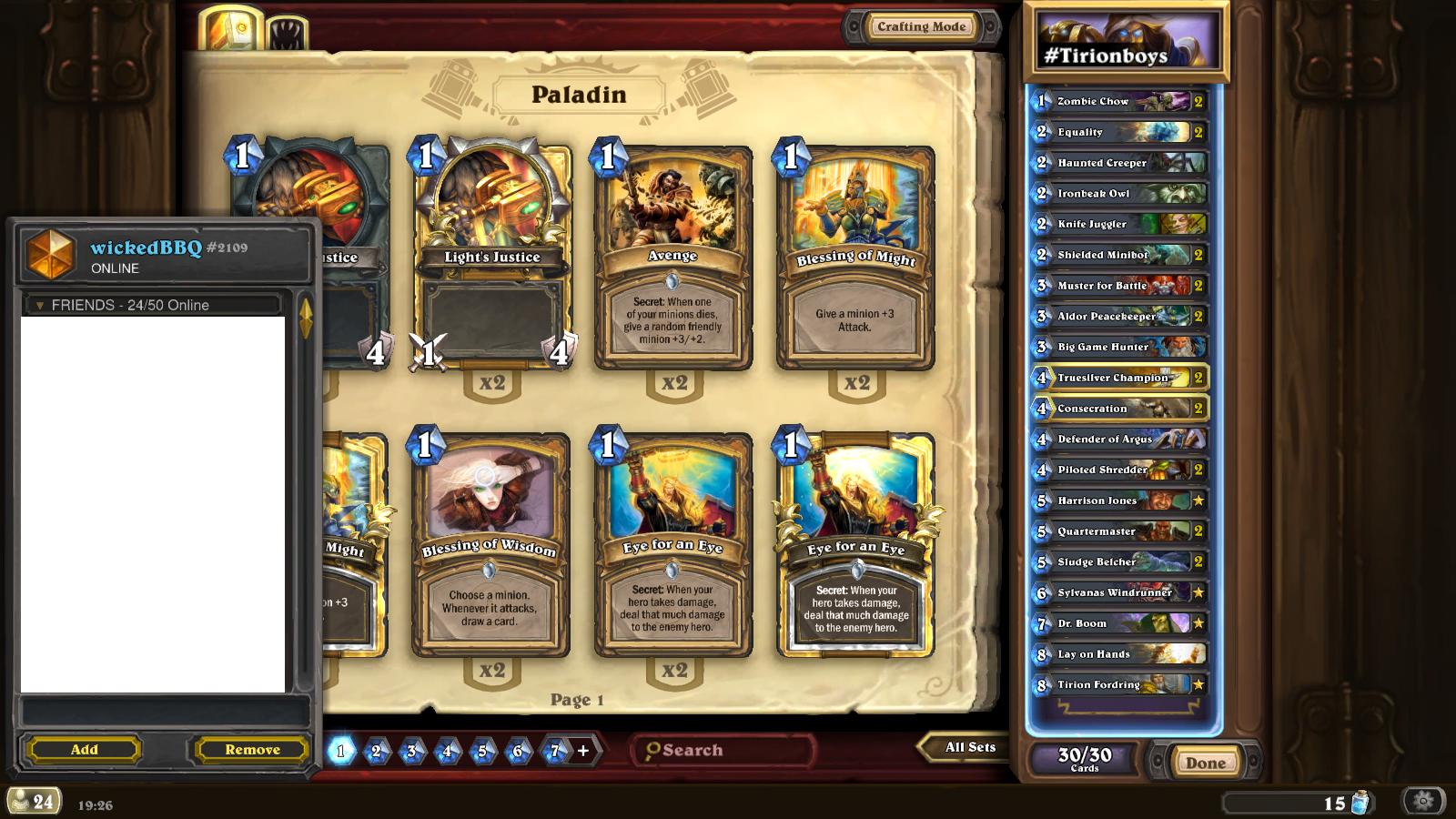 Quick update:
I hit legend in the January season as well, with some small changes in the deck.
Proof: 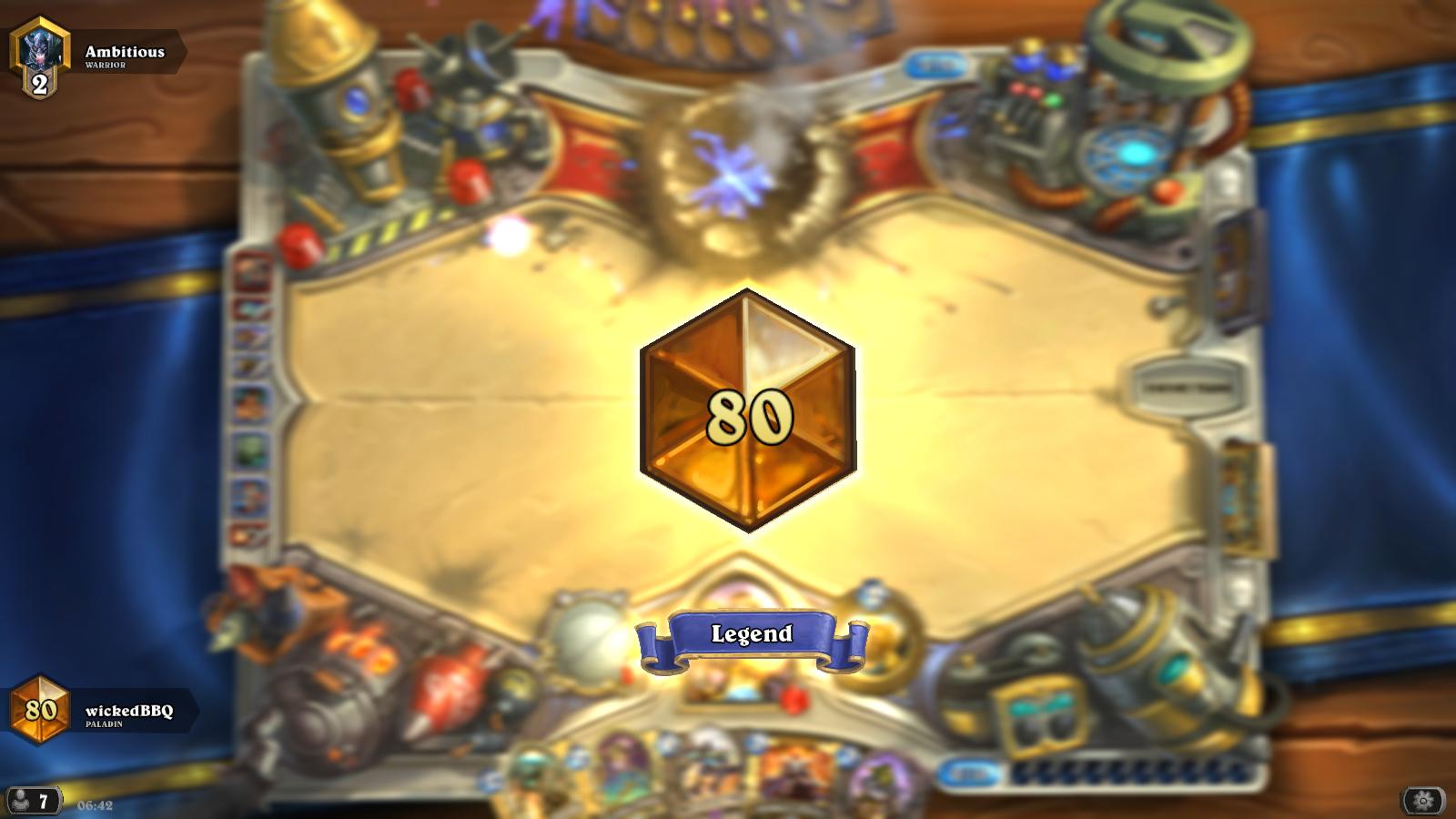 As I promised, I'm going to write a full guide about the deck. Let's talk about card choices first.

When facing a lot of Aggro decks, you can remove the Haunted Creeper and 1 Zombie Chow, and put two Annoy-o-Trons in the deck. They are doing an excellent job stopping early aggression.

You can also keep consecration in these matchups, IF you are going second, and you have the above mentioned early game drops.

Aldor their turn 4 Giant, Silence their Drake, if you do not have silence in your hand Aldoring a Drake is fine. Try to bait out their removals with buffed tokens and smaller minions, their silence with Shredders. You can be aggressive in this matchup, IF you have equality you can pressure the Warlock to have an answer, if you don't have it, stop around 15 hp, because if you get him to 10 or lower, he'll drop those taunted moltens, shadowflame one to clear the board ( or shadowflame their other minion), and you'll find yourself in a bad position soon.

Shielded Minibots are amazing against those early fiery war axes, that divine shields help a lot. You must be aggressive in this matchup, usually the warrior will run out of answers, because he has to deal with the buffed tokens and shredders, and will have no answer for you late game threats. Try to bait Brawl out as soon as you can, so you can pressure him again. Warriors sadly run 1 or sometimes 2 copies of Whirlwind nowadays, so dropping Muster early game is a bit risky, and the Death Bite's Deathrattle hurts as well. You should have the upper hand when your deck contains 10-15 cards. After the Warrior runs out of steam, use Lay on Hands, and seal the deal.

The key to victory is to be able to control the board, and to keep it clean afterwards. Zoo has no board clear, so you can drop as many minions as you want; try to make good trades, the best silence target is Nerubian Egg, but using the Owl on other targets is fine as well. Dropping those Belchers and Tirion helps in this matchup tremendously, often when you drop Tirion you' ll just win the game.

You must be the aggressor in this matchup, as interestingly it sounds, because if you try to be passive, the Hunter will just hero power you down, and those Skill Commands will land in your face in no time. Sometimes they will get double undertaker opening, and snowball the game quickly, but that's not often the case. Try to stay out of Kill Command range, healing yourself with Lay on Hands is very important; Tirion and those Belchers hurts the Hunter as well, they often have to use their Bow/Kill Command to deal with them, which is good for us, because it's not going to our face. The 1/1 tokens are doing an excellent job by eating a Freezing Trap.

The same strategy with Zoo, except the overextending part, because Shamans have Lighting Storm, which hurts you. Try to bait their Silence out on Shredders, pressure him. Consecration helps you a lot in this matchups, their tokens die immediately; the best target to Aldor is usually Fire Elemental. Use BGH on Neptulon, as often this is the only target they'll have in their deck.

Our worst matchup, Priests can do a lot of nasty things that hurts you. The good news is that there are only a few of them in the ladder nowadays. Try to play around Shadow Madness, if turn 6 comes, assume that they have Cabal in their hand; the only safe time to drop Tirion down is on turn 8, because later he'll get Mind Control'd, which often results in losing the game. Do NOT overextended, because the Auchenai Soulpriest+Circle combo will often clean your whole board; the best Aldor target will usually be their Injured Blademaster.

The strategy is the same as we do in the case of Hunters, we must be the Aggressive ones. Try to keep the board clean, make favorable trades. Always kill Mechwarper, because its ability will let the enemy snowball the game. Snowchugger must be dealt with as well, as it will keep you frozen the whole game, denying the use of weapons, which will hurt you a lot. In the case of Mech Mages, try to stay above 15 hp ( double fireball, frostbolts). Mech Druid is similar, try to stay above 14 hp (Force of the Nature+Savage Roar combo), and try to bait their Keeper to silence your Shredders, often they'll find themselves with no answer to Tirion.

Try to use your equality+consecration combo efficiently, if you know you're in a Mirror Matchup, you can use consecration alone to clear their tokens if they used Muster on turn 4, because there is a high chance that Quartermaster is coming next turn. Do not overextended, spare your Owl for Tirion, but in case you had to use silence before, kill Tirion and use Harrison Jones to counter the Ashbringer.

Try to control the board, Aldor can be very useful in this matchup. Most of the Ramp Druid decks have one combo in the deck, so try to stay above 14 hp; be aggressive, Druids do not have scary board sweepers, except Swipe. Do not drop Muster on turn 3 (only if you do not have any other choice), because they will Swipe the board, and it will hurt you a lot. It shouldn't be a particularly hard matchup.

My BattleTag is wickedBBQ#2109, if you need advice or have some questions, I can help you out.