In this warlock dominated meta, this is the deck I have had the greatest success with in terms of climbing. I got to legend with an over 75% winrate against quest warlocks and 60-65% winrate against all other decks, with a 65-70% winrate overall. I faced over 40% warlocks in my climb, only playing on mobile so no exact stats. Overall, it's a fun and fresh way to play priest, with lethals happening as early as turn 3 multiple times and generally winning between turns 3 and 6.

1. Deck Overview - The general idea of the deck and its strengths and weaknesses.

3. Matchups - Goes over the matchups you face for each class and provides some matchup specific tips.

6. Card Choices - Some insight about the cards included in this deck.

Shadowburst Priest uses Darkbishop Benedictus to have the Shadowform hero power, which deals 2 damage to any target including the enemy hero. This in addition to almost every card being able to deal direct face damage creates a critical mass of burst which leads to a hyper aggressive gameplan where the deck can cause the opponent damage every single turn, and where almost any topdeck you get is a great one since they all help this face damage gameplan. The result is you can have lethal as early as turn 3, and often lethal by the end of turn 5, meaning even decks with Reno Jackson won't necessarily be able to win unless they have a good amount of clears and healing early.

Due to the deck being so face damage focused, it does really well against all warlock decks including Quest Warlock that damage themselves.

It also does really well against control decks that have a lot of board clears but lack a lot of healing, as you can just burst them down from hand with spells and battlecries and many of your minions have deathrattles that deal damage to the enemy hero.

Any midrange deck that can't close out the game quickly is another good matchup, even though they may gain board control around turn 3 you will have enough burst to get their hp to 0 and win before their minions deal enough damage to lethal you.

Any deck that has a lot of healing and armor gain such as Odd Warrior and certain druids can outlast your burst.

Certain very aggressive decks that gain board control from turn 1 such as Pirate Warrior or Token Druid can be tough to deal with.

Against aggro: You are going to want to try to get an early Undertaker going to hold off board control loss for a while, and then make it a face race where you generally go face and just burst them down right before they can beat you. It is important to calculate your in hand face damage a couple turns in advance to balance when to try to keep board control for another turn and use your hero power on a minion and when to start ignoring the board and pointing everything face.

Against combo: You should be able to point everything face, generally ignore their minions, and win early before they get their combo off. An exception is combo druids who can highroll really quickly sometimes and gain a ton of armor.

Against control: Just ignore their board and go face with everything you have, sometimes it's better to use your hero power every turn and save a card like Mind Blast for later to maximize your damage value over the next few turns. However, if you think you are against a Reno deck do not overdo this, you want to use your cards more if you have a lot of burst to be able to lethal them on turn 5 at the latest.

Overall, this deck has so much burst that your best strategy to win, even against aggressive decks, is to start and win a face race. Your minions won't be able to hold onto the board against aggro for long, although if you get a good Undertaker going or get an early Frenzied Felwing you will be able to get a ton of face damage in from your minions before they finally get board control and almost guarantee you will be able to burst them down before they can lethal you.

For this climb, I faced mostly the same couple of classes so I will not be giving a matchup guide for each class.

Quest Warlock - Very favored, you often burst them down and win before they can otk you, the only times I have lost is when they highrolled 2 or 3 giants early. One thing to keep in mind is your deathrattle minions triggering on their turn will help progress their quest and deal damage to you after they have played their quest reward, so it's actually better to mulligan these minions away much of the time and look for other sources of damage.

All other warlocks - Very favored, both evenlocks and a Renolock were burst down easily and quickly.

Quest Druid - Very unfavored, due to the amount of armor gain they have it can be tough to burst them down. Your only chance is to establish a board with Undertakers and Frenzied Felwings.

Combo Druid - Even, depends on how fast they get Celestial Alignment. Your best strategy is to go face other than killing Archmage Vargoth.

Odd Hunter - Slightly favored, I was usually able to burst them down before they completed their quest.

Aggro Pirate Priest - Slightly favored, while they have an aggressive pirate start highroll potential you can use your hero power to control board for a bit and later your topdecks become a lot better and damage focused while they have stuff like 1/2 pirates.

Quest Shaman - Favored, just burst them down before they can complete their quest.

Pirate Warrior - Unfavored, they have a ton of board pressure and Ship's Cannon especially lets them outrace you most of the time. You do have a chance to win if they don't get a cannon by racing face.

Shadowbomber is great if you have Voidtouched Attendant and good without it.

Raise Dead is a good keep if you have Voidtouched Attendant and or a Shadowbomber for more burst.

Frenzied Felwing is great if you have 1 mana minions in hand.

Twilight Deceptor can be a good keep if you have a 1 mana minion in hand already.

The main key to playing this deck well is being able to know when to go all in into a face race and when to keep trying to have board control. Try to calculate how many turns it will take you to lethal the opponent if you have all minions and hero power go face on any given turn instead of trading and using your hero power on a minion, and estimate how many turns it would take the opponent to lethal you from there -- often they would need to trade on their turn to prevent you from winning very early. This can be done by knowing the matchup and deck, and seeing how much progress an opponent has made towards a quest as an example. If you think you will win a face race, then you need to just forget about board control and try to maximize your face damage output over the next few turns to lethal as fast as you can.

From any game state when making decisions, it is important to keep in mind that most of your cards can do direct face damage, and whatever topdecks you get over the next few turns will usually be able to provide you with more burst.

Tour Guide can set up using Spawn of Shadows on turn 4.

Sometimes it's better to drop Leeroy Jenkins turn 5 even if he will be killed easily next turn and use more direct face damage next turn. This prevents losses where your opponent plays a taunt next turn and you have already used the other burst damage in your hand.

Playing Voidtouched Attendant at a key time to maximize the damage you can do with it is important, and you can even use Tour Guide to set up a free hero power for a Voidtouched Attendant turn. In general you can play it on turn 1 on an empty board against most decks safely, but if you have other turn 1 plays it's better to do those and then play Voidtouched Attendant later so that each of your minions going face that turn will deal more damage. It's also great to combo with Shadowbomber and Mind Blast on something like turn 5 for lethal. Don't save it early game if you don't have any other cards to play though, it's better to just play it and get a few points of damage out of it than skipping an early turn.

You almost never want to play Darkbishop Benedictus on turn 5 even if you're against control and they have nothing on board, since control will generally just remove it. Instead keep pushing face damage even if just with your hero power and rely on your high consistency of direct damage in your topdecks to provide the critical mass of burst over the next few turns. 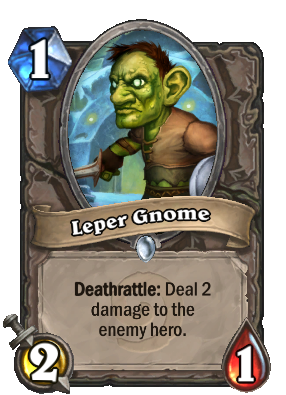 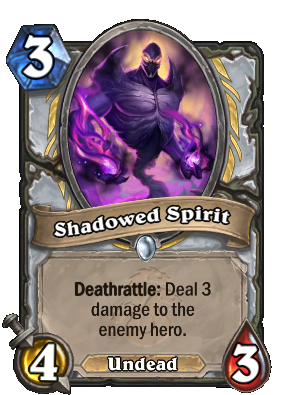 Undertaker is used as a snowballing 1 drop that can help prevent board control loss against aggro decks for a few crucial turns as well as deal face damage against control decks. The other cards all are bodies that snowball Undertaker and deal direct face damage even if removed. 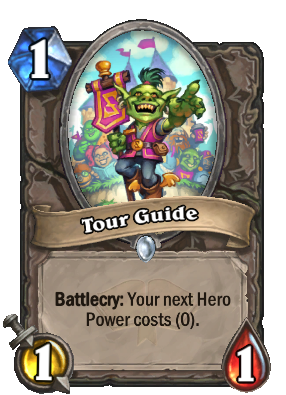 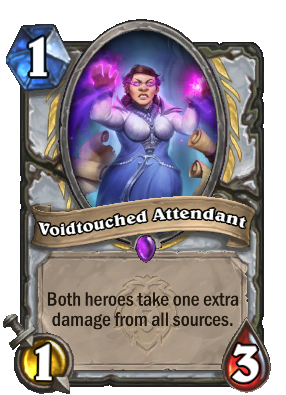 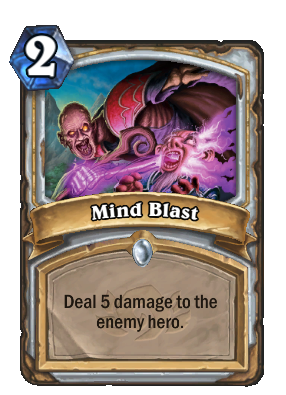 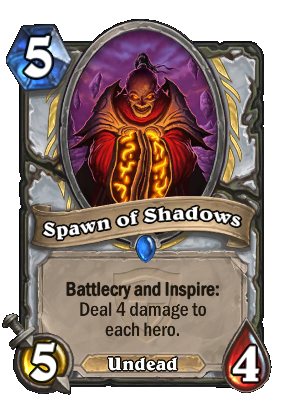 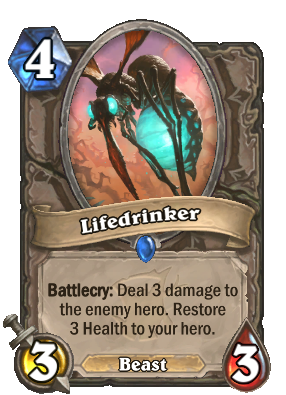 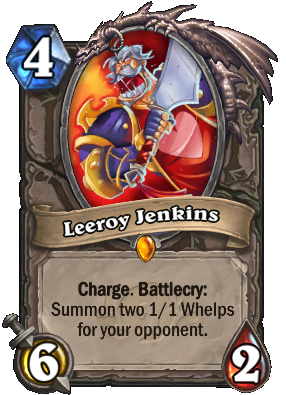 All these cards create burst to the opponent's face from hand without needing to have any minion presence beforehand. 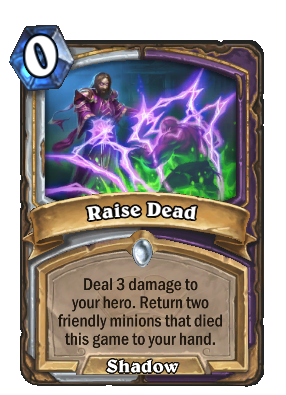 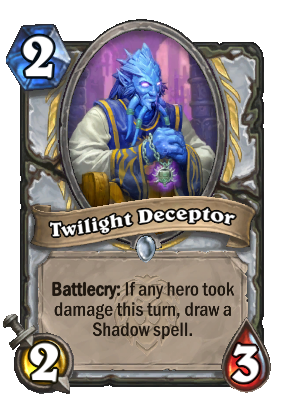 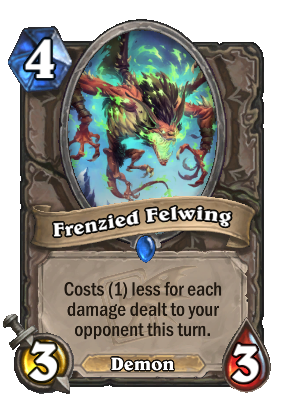 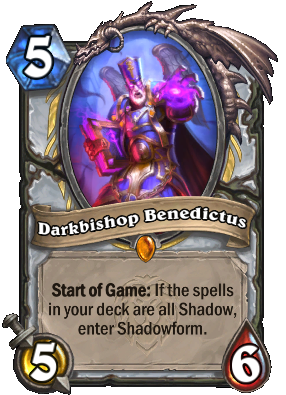 Darkbishop Benedictus gives you an aggressive hero power which is key for always having burst potential face. Frenzied Felwing goes great with burst to be a 0 mana 3/3 to help tempo on board. The other cards help create more burst potential by getting more minions and spells for you. Shadow Visions is especially notable since it can get extra copies of Mind Blast, your best burst damage card.

Overall, all cards chosen for this deck are to maximize the ability to deal a lot of damage early. There is a lot of consistency in being able to do this which makes your topdecks later game better and help you win face races more easily, with a lot of burst from hand that works even if you have lost the board by midgame.

This deck uses a critical mass of burst and direct face damage to win games quickly against most decks. It is quite enjoyable to play and is the most successful deck I have played in this expansion so far. Let me know of any questions or comments about it below, and hopefully it is either enjoyable or helps you climb in this warlock meta.