I figured this was the most obvious way to build the deck, like mozaki mage but with fire synergy, however looking at the recent iterations of it uploaded to the site it seems that not everyone has caught on. I also do not see a ton of this deck on ladder despite how incredible it has been for me. It's felt waaayyy better than Mozaki in all aspects besides turn time and boasts great matchups into some of the meta's top threats. In fact, the only significant losing matchups in my opinion are secret mage and taxes paladin with a slightly unfavored matchup into shadow priest.

The combo is Sanctum Chandler + Sorcerer's Apprentice + Molten Reflection and then you can play through your entire deck and spam infinite ignites. A 10 mana combo, but we have a myriad of ways to reduce this. Specifically: Hot Streak, Elemental Evocation, Conjure Mana Biscuit, and, to a lesser extent, Incanter's Flow. The goal is to combo on turns 5-7 using only iceblocks and the occasional tactful first flame or ignite to stall until then. It may seem like you need a lot of cards to make that work but anyone who has played any brand of spellslinger mage before knows that your draw power can really pull a lot of weight especially after an incanter's.

An important thing about the deck is that duplicates grant you a lot of flexibility. Only being able to run 1 of Mozaki means that once you use that copy, that's it. If you didn't do enough damage to plow through an odd warrior or druid's armor then too bad, or if he got ratted too bad. This deck just does not lose to dirty rat or Mutanus at all and in fact I never have. You can also save your other copies of your combo pieces to kill a druid over two turns. Your damage is infinite, but the turn timer prevents you from getting a whole lot more than 30 the first time around, especially if you still need to draw through most of your deck. However, the second time around you can easily do 60 or more damage since you will not need to draw through your deck and your ignites will already be sitting at 6-8. Just make sure you have a minion left in deck or you kill your chandler so that you don't fatigue.

Anyways, enjoy. Any feedback is welcome.

Edit: This is a sentiment I've seen a lot unfortunately but the deck is completely playable without animation canceling. I have never exploited the game in this way and only rarely even feel like it would improve my win rate significantly. If your opponent is playing this deck and it's stuck on the rope for ages know it's because the animations take longer to go through for you than for your opponent. So the mage will have completed their turn in the 75 seconds they are afforded and killed you but for you because of some sort of error or perhaps this was intended, you have to wait another minute after. You do not need to cheat to use this deck. 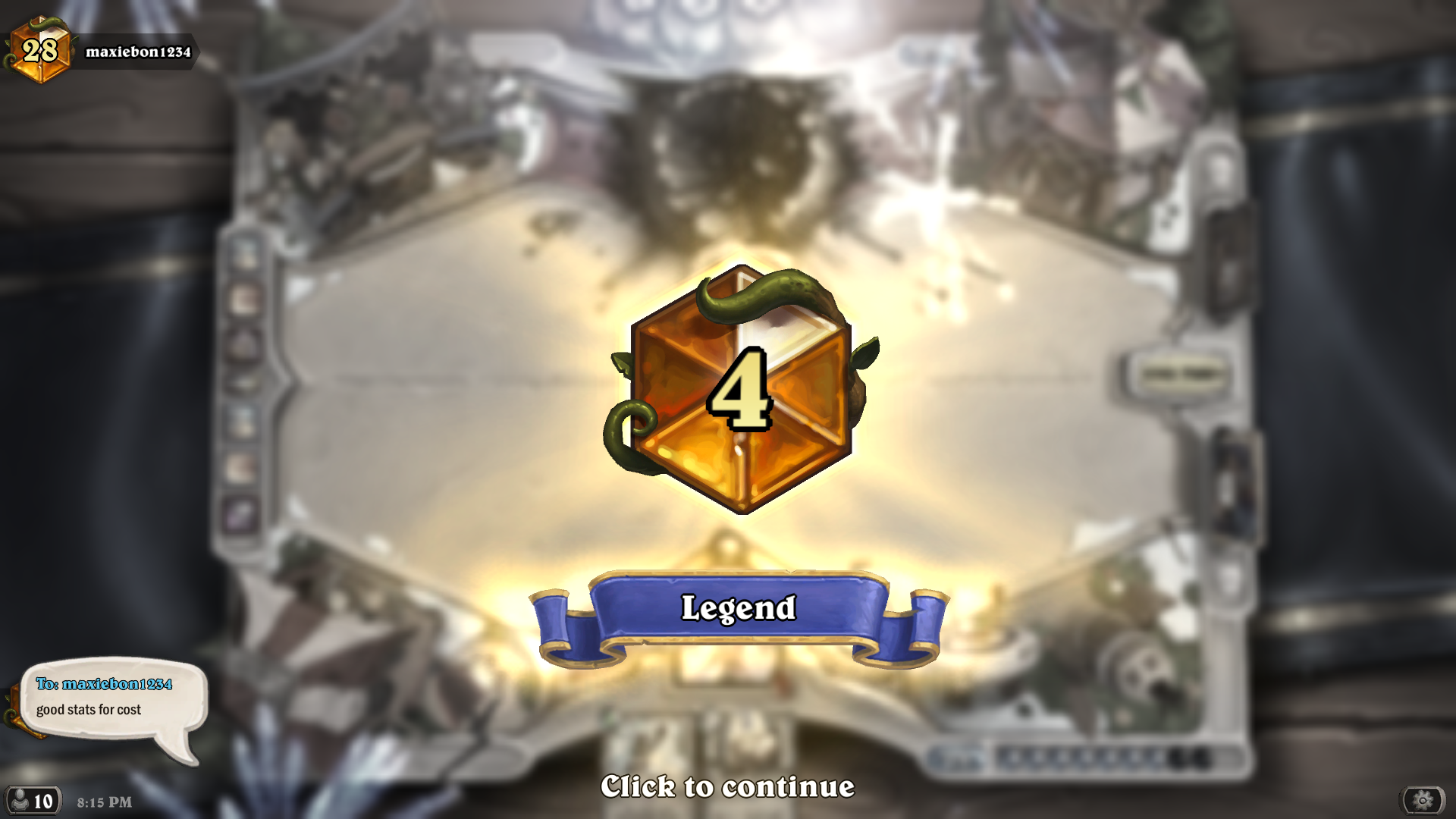