I did several important changes but if you're interested in the old version of the deck check out revision history.

Very, very fun deck, a lot of amazing mana cheating and not bad winrate (7:3 on legend but with easy matchups)

Notice that, 5 legendaries are free, and 3 are in every reno deck, so there aren't that many legends (some of them are not necessary).

The main idea of the deck is to don't pay mana for your cards (the cheaters are Scabbs Cutterbutter, Heistbaron Togwaggle, Galakrond, the Nightmare), create some miraculous value and have a lot of fun.

Also, if someone is interested in completing achievements then i've done that "play 12 cards in single turn" one with this.

If there will be something like 10 upvotes, i will write some guide and share some cool replays.

Mage: For combo mage we have the same tactics like in every control deck; crush them in the midgame with big Edwin or Dirty Rat into win condition. Like in any control deck, it's a coin flip. Also try to steal their Ice Block with Kezan Mystic and eventually win the game by healing with Reno. For secret mage, trigger Counterspell with some little spell, then Vanish. The most important card here is Reno Jackson so if you have coin, keep him in mulligan.

Druid: Mulligan for token druid. look for anything cheap. if you survive first 3 turns, you should be fine. Celestial druid is very tough. Try Dirty Rat into WC or playing Alekzstrasza after Celestial.

Priest: For big priest just watch first replay and try to do the same. For reno we have that ambushes and rat. If he don't draw ambushes, he's chained like Raza the Chained, if he does, then we have nice pressure.

DH: Odd plays no cards that are more expensive than 3, so just find backstab in mulligan, draw reno and it's a win.

Hunter: Every hunter (except my deathrattle reno hunter) is lame so if it's aggro, all you have to do is play reno on time, if it's some control, you probably have better deck.

Paladin: For handbuff try to crush him with early edwin couse he can't kill it. if you don't draw him, then just hope he won't fill his hand with shit and won't buff them a lot.

Shaman: For murloc you almost have to have zephrys into crab on turn 3. the first 4 turns are defining. you can't let him buff 3< murlocs.

Rogue: If it's Kingsbane, try to keep destroing his weapon with multiple Zephs. If it's odd then it's like odd dh.

Warrior: For pirates, find backstab (or Vendetta if you can trigger it) or Zeph in mulligan. You can easily overrun him with early edwin cause he don't have tools to kill him so he will lose tempo.

Warlock: Silas Darkmoon for he's big stuff. Warlock is probably the best opportunity to do some CRAZY plays. 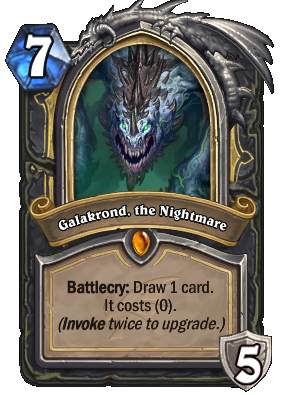 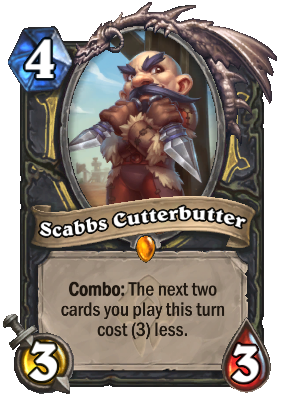 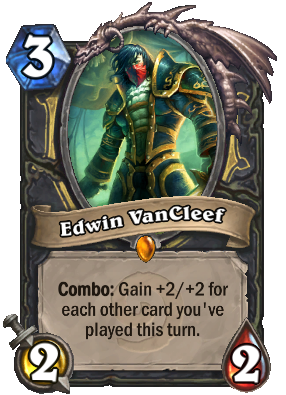 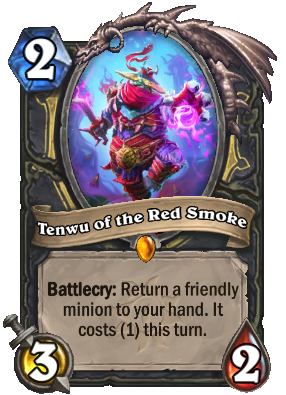