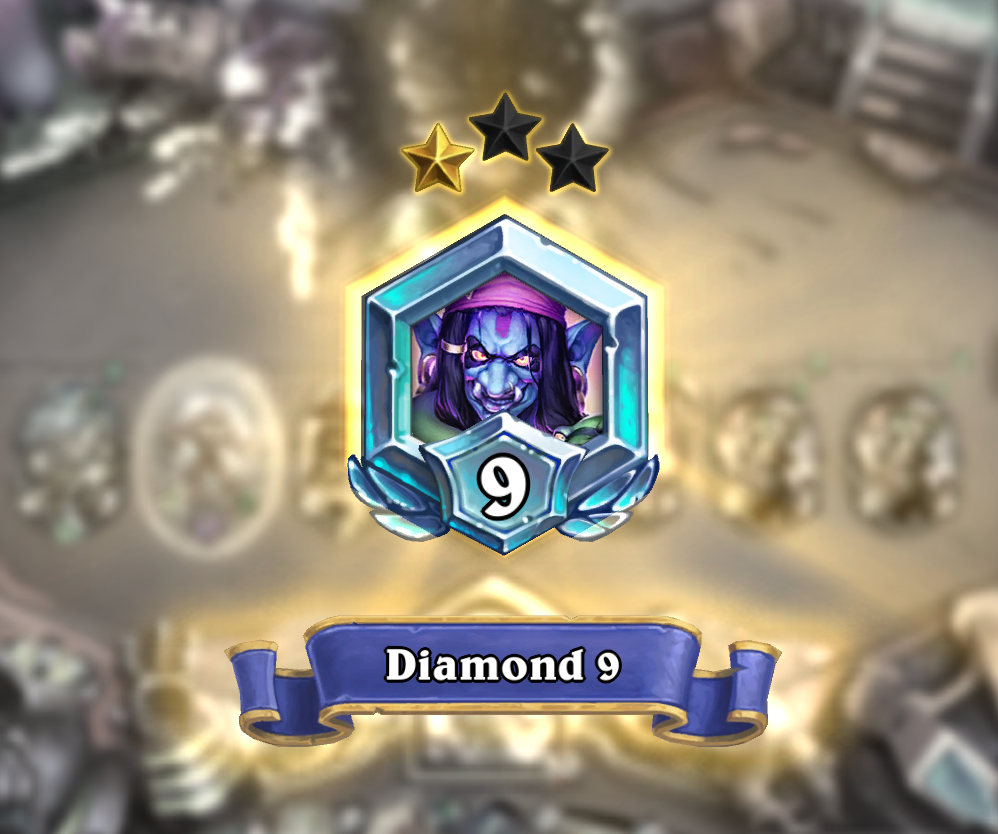 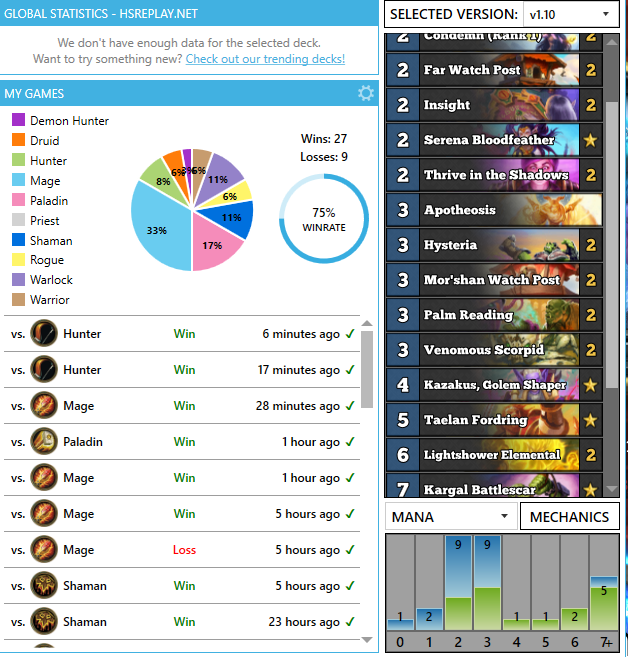 EDIT: I've reached to Diamond with this Deck and it is extremely powerful albeit slow games!

This is based around 3 important aspects.

2. Ysera the Dreamer for reload

3. C'Thun, the Shattered and Malygos the Spellweaver for end game

How does this deck work? To summarize it first for those who want a quick skim, you delay the game with watchposts then finish them off with Kargal = Ysera into Malygos -> C'thun.

You mulligan hard for your watch posts to get it early in your hand. You can save up 1 aoe  spell if you think you are against an aggro deck. The watch posts are 99.9% the target of the opponent so this is very important to have. This delays the game by 1-5 turns while they are dealing with it. Use your Raise Dead early to keep the posts alive. You might be wondering why there's only 1 Raise Dead. It's because this deck doesn't run a lot of early heal that using this card against an aggro deck is usually a dead draw or using it late game when there are a lot of tokens in the pool. However, running 1 is still getting the most value since all your deck minions have insane effects.

Serena Bloodfeather can be replaced and is my tech choice. It is versatile enough to be played at any time when facing a threat early or late game. Kazakus, Golem Shaper for the midgame transition and putting the pressure back to the opponent.

Drop Kargal Battlescar when they just used a big AoE or swing turns to prepare for your end game.

Lightshower Elemental for a good +8 heal back and a taunt. You can play this when you have minions who are damaged during your trade or simply needs that healing.

The deck will slowly be at 3-5 cards nearing the 10 mana turn fighting for the board since we are lacking that invoke cards or draws. But DO NOT drop your big dragons when you get them immediately.

Taelan Fordring - I am 80-20 about this one since a lot of the time, I am getting my late game card. I'm probably lucky but this ensures you are getting your end game card and it is a card draw. Other option you can run is Ogremancer if you like to have that all out Tower Defense.

1. Ysera the Dreamer (recommended) - Make sure to use Ysera for a swing turn when they drop their big threat to dream them back up. You will be getting the other package of another AOE and minions to play with your next turn. This is very important because it shifts your position to be in the lead.

2. Malygos the Spellweaver - When you feel the need to answer some upcoming threats specifically or end the game, drop Malygos down to draw all your C'thun pieces and spells. This is when Priest is lacking card draw where Malygos fits to complete C'thun. Do note that you will overdraw next turn so keeping 0-1 mana spell or coin is important. Sometimes, counting the remaining spells in your deck is good to avoid overdrawing.

Finale. C'Thun, the Shattered - Your win condition. You won't get to play this 90% of your game. You are mostly using this to fill in your 5 cost spells to help answer some of the threats. Either way, it is good insurance against heavy control or just to end the game when you are out of cards.

Tickatus Control Warlock - I was having a hard time playing this last expansion with Control Priest, it won't change now. We are a reactive archtype and playing for value and fatigue, they just burn your entire deck. Nothing you can do. It is usually an auto loss. Hate that card. You can play Mindrender Illucia to counter this specifically and take their tickatus before they get to corrupt it. Still, having little card draw makes it by chance to get her in time and expect Tickatus in their hand. Your choice.

This is my very first write up so if you find some missing information that should have been there, please let me know so I can update it.