The point of this deck is simple:

The total combo is 9 mana. And you can actually very consistently pull it off by turn 10!

Most matchups are great as you can see. Most of your cards focus on drawing lots of cards, and you shouldn't be afraid aggressively to sacrifice health in order to do so. But between Defile (sometimes combo'd with Bloodmage Thalnos), Unstable Felbolt (good combo with Runic Egg) and Plague of Flames, you will have lots of tools to clear the board.

Reno Jackson is key in aggressive matchups (including secret mage). In those matchups you keep him as a mulligan. Apart from that you mulligan for everything that draws cards.

Tickatus isn't much of a problem, by the time a corrupted version is played you'll likely have drawn your combo anyway. Dirty Rat is a bigger problem, therefore vs control matchups you try to keep as many minions in your hand as possible to protect Shadow Hunter Vol'jin and Mecha'thun. If somehow Cataclysm gets burned you can still do the combo by emptying your hand and playing Plague of Flames to finish the game.

Secrets that can ruin your day

Secret mage is still a favorable matchup, but is tricky to play against. In order to pull of the combo in your last turn save both Target Dummy's (for Explosive Runes), and a 1 mana spell for Counterspell preferably Mortal Coil or Plague of Flames (Unstable Felbolt needs to target an enemy so is not guaranteed). Similar tactics can be used to play around the hunter and Paladin secrets on your last turn.

Replacements and other options:

Enjoy your climb to Legend! 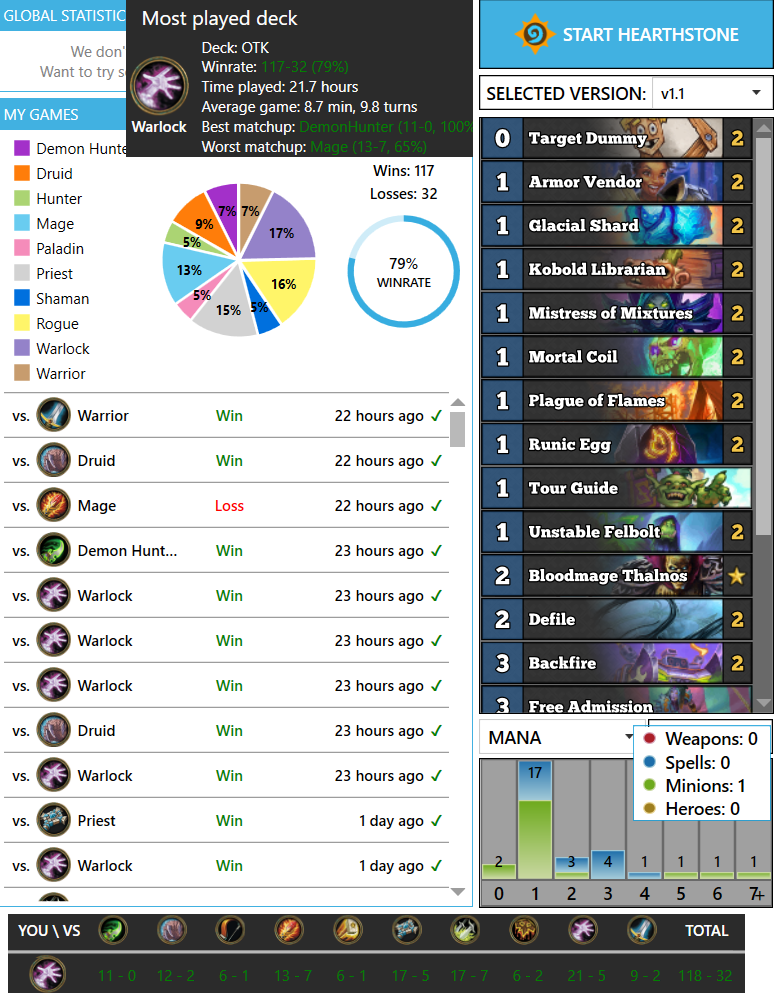