This is a CW that has OTK win condition with Silas as another.

This deck is very difficult to play, but it's really cool.

Even without Kobold Stickyfinger this deck is able to win vs Evolve Shaman thanks to all the removals of the CW.

In this replay there is what this deck would like to do vs Evolve: make it concede in turn 6 XDD https://hsreplay.net/replay/7kBuYiF7fuNZLe9itkL3wX  but it doesn't always happen unfortunately 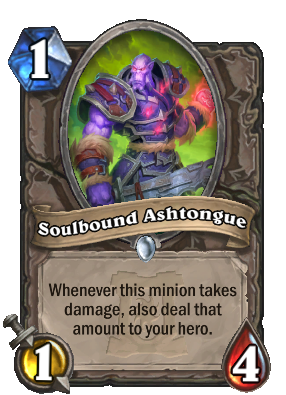 To make that much armor you have to play Risky Skipper + Armorsmith + Bloodsworn Mercenary on Armorsmith. In addition to hero power, other ways of making armor are EVIL Quartermaster, Shield Block, Kargath Prime. To keep your armor for the combo Bulwark of Azzinoth it might help

But in some matchups there will be no need for the combo to win and don't worry about playing combo pieces. Against Aggro just make armor and remove board. While against Warrior the most important win condition is stealing Rattlegore with  Silas Darkmoon and doing in the same turn Bloodsworn Mercenary .

To Play CW well you have to play the removals at the right time and you have to know how to dose them. Don't be afraid to take some damage to make your opponent play more before Brawl. But at the same time you don't have to be too greedy and keep all removals in hand. One thing I often like to do is play Bulwark of Azzinoth and the next turn do a full removal.

The general mulligan is: Ancharrr, Corsair Cache, Risky Skipper, EVIL Quartermaster, Minefield. If you already have Risky Skipper you can think about keeping Battle Rage. But the mulligan changes a lot from matchup to matchup.

1/1:   I changed Deathwing, Mad Aspect for Rattlegore  because I found Warlocks and Rattlegore  is indispensable. Then there are a lot of Combo Rogue that don't play neither Blackjack Stunner nor Sap and thus Rattlegore you win the game on the spot 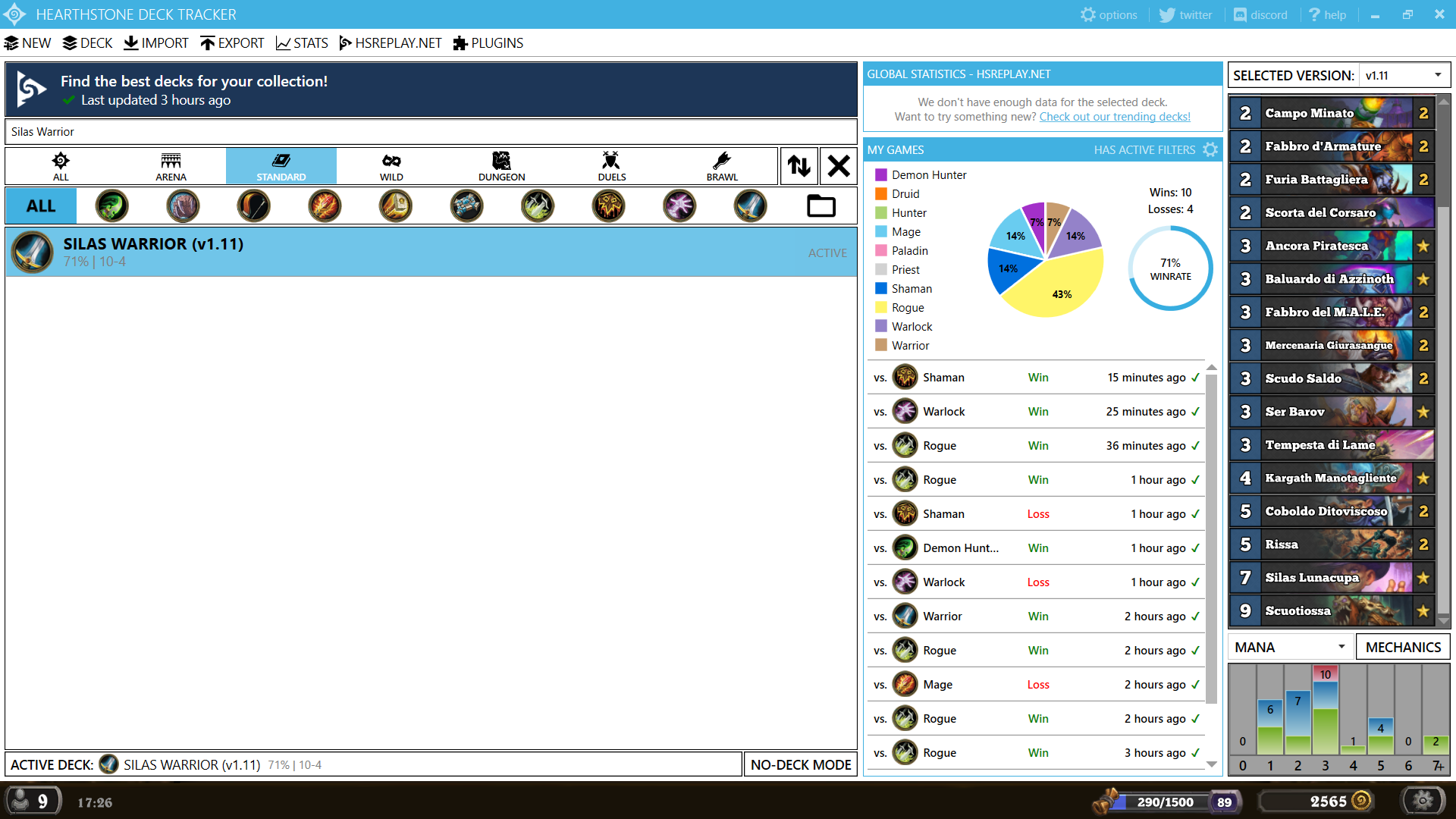