Hello, now I'll tell you how to FACE

Face Hunter is a traditional old deck of Hearthstone, but now it is more powerfull than ever. I got legend about in 3 hours of playing on this deck (started on platinum). 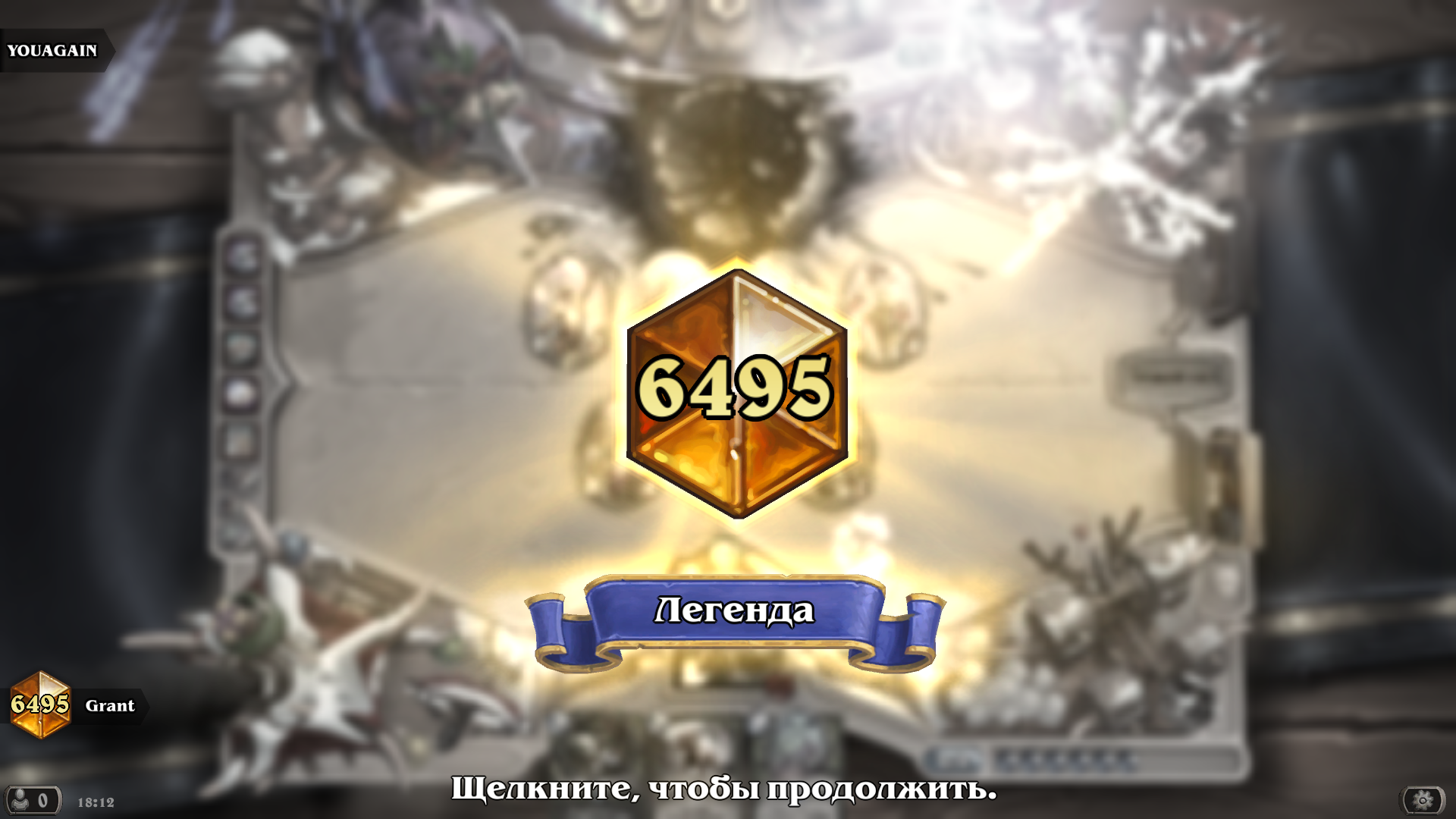 Last 11 games before I got legend: 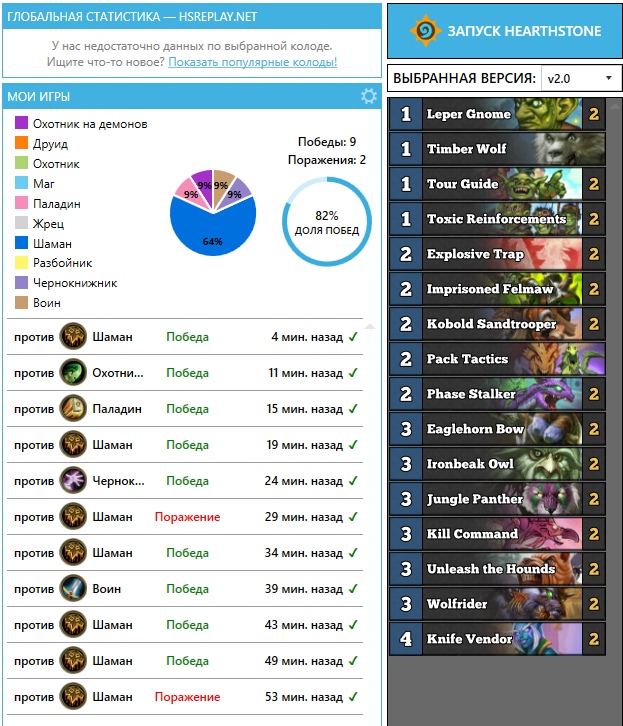 Good cards for a start hand are: Toxic Reinforcements + Tour Guide + Phase Stalker, and of course Imprisoned Felmaw. Maybe Ironbeak Owl against rogues. You don't need other cards in start hand, but they will help you to deal damage in a middle game.

2) Timber Wolf + Unleash the Hounds is a middle game powerful combo against shaman, demon hunter etc. so you dont need to play timber wolf without it or without Kill Command

You need to gain as much damage as you can in early game from cards, that can't deal damage through taunted units, such as Jungle Panther, Wolfrider or Eaglehorn Bow, and then just kill FACE with 5 Leper Gnomes on a board. 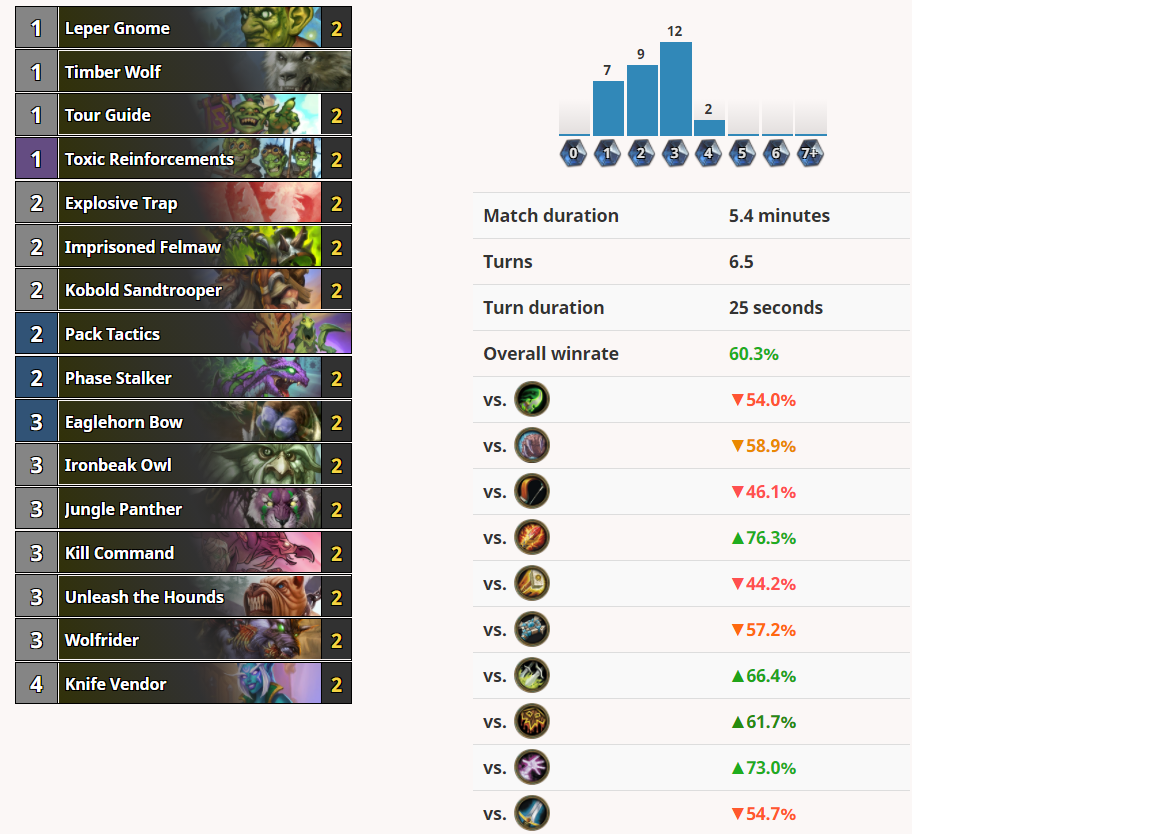 Jungle Panther x2 can be replaced with more powerful and expensive cards like Dragonbane + Rinling's Rifle.

Or Jungle Panther x2 --> Frozen Shadoweaver 2x, that's good replacement too, but Kill Command will have less synergy in the deck.

[Upd2] I've just discovered this card Teron Gorefiend, that must be very good reinforcement for the deck because of synergy with Toxic Reinforcements, Leper Gnome and Kobold Sandtrooper. Will test it soon)