Guide
During your peaceful walk through the ranks you might stumble on an unsuspecting Rogue, Warrior, Paladin or even -Priest attempting to slow down your ascension towards silver or whatever rank you want. What do? Break. His. Fucking. KNEES.

Who DARES stand in the way of your SKILL??

Hunter being this simple (me go face) tests your actual base game understanding, as this deck will punish you for taking any non-value trade. You are an aggro-burn deck. Every single card should be seen as a mix of potential and certain damage, with card advantage and mana costs only seen as restrictions to both and a line which separates them. An uncontested 1/1 is a lot of potential damage, but no certain damage (translated to huntard: certain = always smash face, potential = sometimes smash face).

Top decking a Kill Command is certain 3 damage and potential 5 damage if you wait to draw a beast, but holding a 1-cost Cub beast generated by Adorable Infestation turns the burn spell into certain 5 damage (translated to huntard: more smash face is good).

Crashing a 1/1 into another 1/1 to have your 2/1 survive the turn creates more potential damage, but less certain damage (translated to huntard: sometimes not smash face is more smash face later).

Another important reminder: Every hero power you do not use wastes 2 certain damage - which can be a good trade-off at times when preparing larger amounts of potential damage (translated to huntard: arrow smash face good).

While this concept may seem extremely simple, putting it into practice to always make optimal decisions is what separates different players. Be mana efficient. Stay card efficient. Analyze, compare and decide which course of action is always the best. You need a perfect balance between cunning and retardation to play huntard well.

Card choices
This segment of the guide is made to explain card choices and possible replacements in-depth.

Power cards
This sub-segment details the cards that make this deck so powerful.

Adorable Infestation - a 2/2 block of stats for 1 mana that also gives you a 1 mana 1/1 extender that just so happens to be a beast you can keep in your hand to always have Kill Command live? Fantastic and huntardastic.

Dwarven Sharpshooter - best 1-drop in standard. Not only is it a 1/3 for 1, it also allows you to blast anything turn 2 and keep the board uncontested.

Phase Stalker - humans fear the unknown. How many secrets can this pull? Which secrets do you play? They won't fuck around and find out. You don't need to get that much value from this card, the important thing is how much pressure it puts on them to remove it.

Voracious Reader - card advantage is beautiful. This card gives it to you for free. Drop it to draw 1 when you have nothing better to play.

Intrepid Initiate - broken. Can combo off with coin.

Scavenger's Ingenuity - hope to tutor out Wolpertinger, but it's never bad. You can play it turn 2, but minions are better. Turn 3 you can fire this off if you have nothing better or already have a 1-drop in hand in case you miss Wolpertinger. Otherwise I like this card turn 4+, but a turn 3 empowered Wolpertinger just feels a bit... naughty... ;)

Complex(n't) cards
This sub-segment touches upon cards that are a bit more difficult to completely understand at first (for a huntard deck that is) and shouldn't be taken at face value.

Demon Companion - While not particularly shocking, this card plops down bonuses from the 3 mana Animal Companion spawns onto 1 mana minions. As we all know, giving the same ability to a lower costed minion grants it more power on per-mana basis. While these minions aren't beasts, they are still some of the most powerful 1-drops there are. What really solidifies this deck being degenerate is that these minions are still bad 1-drops in this deck.

Tour Guide - This card is only good turn 1 when you have nothing else to drop. Good to pair it up turn 2 with another 1-drop and a turn 1 Dwarven Sharpshooter to blast a minion for 0 mana. This card can allow some free reach. When you have only this and 3+ open mana, make sure to hero power first, then play this.
The reason this card is "complex" (good joke, I know) is because it has highly inflated value due to its synergy with both Dwarven Sharpshooter and Toxic Reinforcements.

Wolpertinger - literally a better version of Alleycat. The reason this card is here is because I want to point out that power creep made this deck a sub-optimal 1st turn 1-drop. If you don't open your other 1-drops, keep this in the mulligan phase, otherwise get rid of it.

Reach
Cards that allow this deck to finish off a low health opponent in combination with your hero power.

Eaglehorn Bow - also great removal. Keep a charge unless you have lethal potential if you topdeck a second copy or already have another one in hand. Also expend your last charge when necessary for a good trade.

Crap
Bad cards in the deck.

Unleash the Hounds - a very sub-par reach card. Playing 1 is ok-ish. Obviously, playing 2 worked for me and will work for you, but I doubt it's optimal.

SECRETS - they are horrible but necessary. Only play them from your hand when you have nothing better or you smell nice value from them (yes, hero powering is usually something better). You can play up to 3, but I find that to be needless handicapping of your deck.

Don't play 2 of the same, as it increases the chance of Phase Stalker not empowering your hero power. I advise you to toy around with playing different ones than me since people will start to expect this combination.

Pack Tactics is really good. Explosive Trap gives you reach and wins the mirror match. Freezing Trap and Pressure Plate are very inconsistent, but have the most potential for a swing. I prefer the first as it is a bit more consistent (but less powerful). Snipe is in the same category as the last 2, but I haven't tested it out this format so I wouldn't like to comment on it too much. Snake Trap appears to be completely outclassed by Pack Tactics on paper. However, you could play Pack Tactics and Snake Trap in combination.

Play whichever and don't think too much about it - you're playing huntard and you will hurt yourself by thinking.

Other choices
This sub-segment contains cards that I have considered playing in the deck.

Dragonbane - play this (if you have the dust). Cut out crap like Unleash the Hounds. This card gives huge reach.

Deadly Shot - more like Deadly Shit. Might improve certain matchups such as Druid slightly, but I found that a positive matchup without it.

Kobold Sandtrooper - really good in theory, but I can't guarantee it.

Acidic Swamp Ooze - ok-ish meta call, but simply outclassed by your other options.

Blazing Battlemage - actually not bad, but I believe it to be outclassed by all other 1-drops, except for Demon Companion and Tour Guide on turn 1. However, those cards have their value grow with game length, while this card's decreases. Still, solid option. 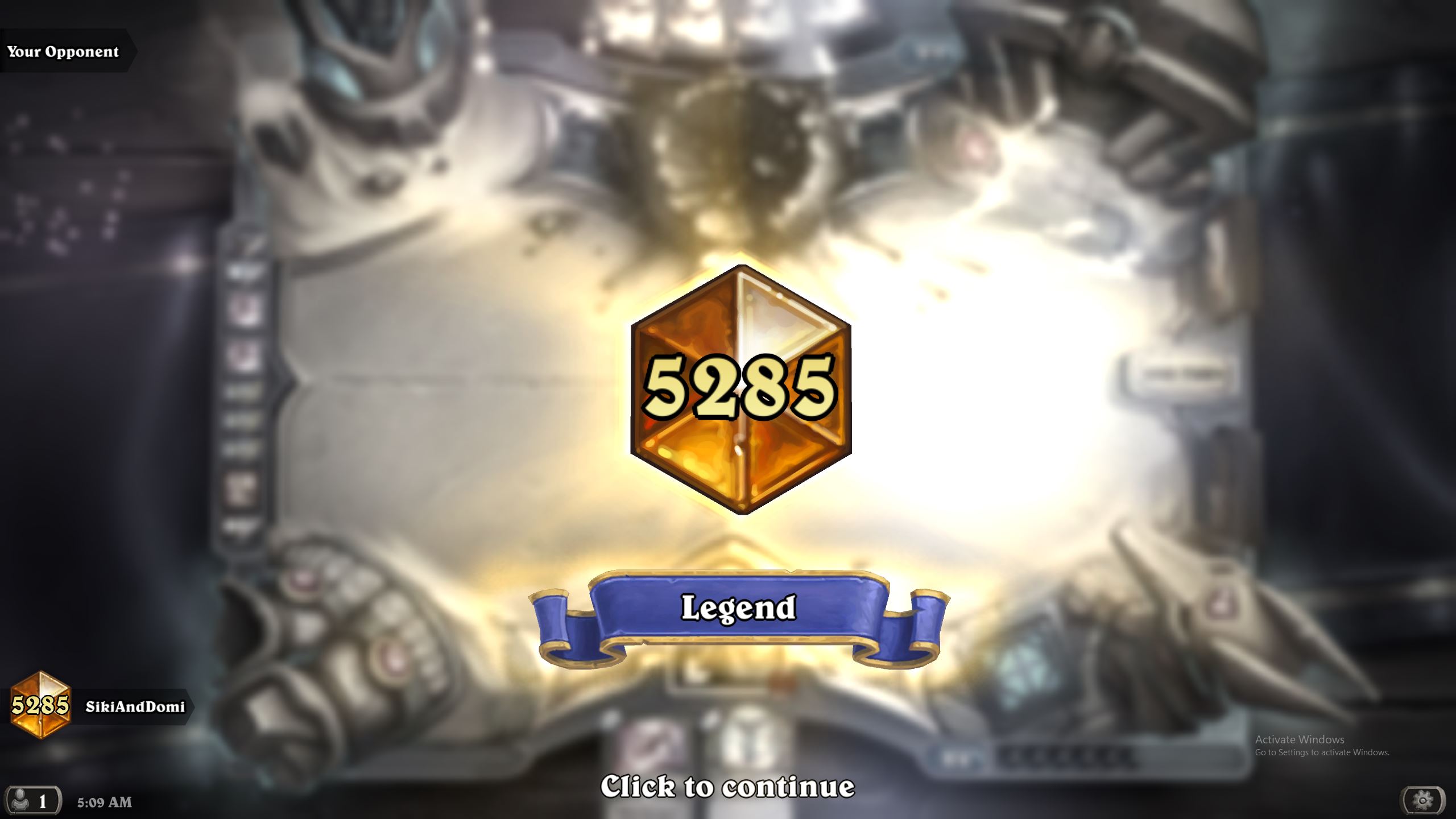 At 50 upvotes I'll give free coaching to the first few lower-ranked folks that PM me!