I played this deck from D5 to legend.

counters warrior, druid, DH and -if you get good hand- HLhunter

pd: I don't have the other priest legendaries so i had to make this deck. 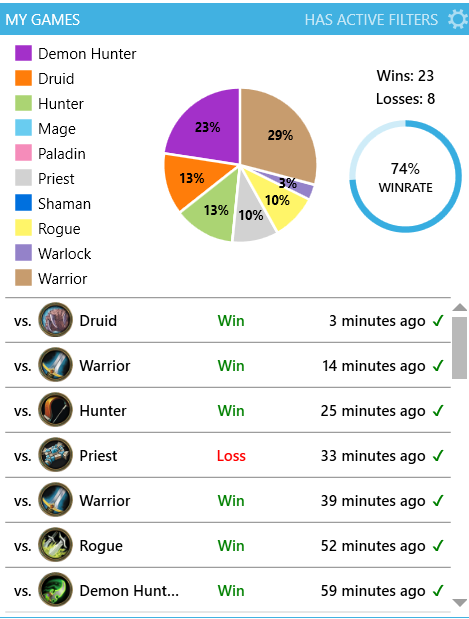 Try to Shadow Madness the bomber girl and zixor. If, bomber warrior then just use Gala and tap every turn to get 10 cards in hand and burn the bombs when draw.

Use Penance on the freeze girl, hero power face every turn if possible.

When you have Acidic Swamp Ooze in hand and you are getting to turn 5 just heal face and remove something, so he plays naked weapon and then you Ooze him.

Don't play Gala too early just keep healing face, play Gala if: you need the 5 armor, need to remove something big or you are out of resources.

Try to count your opp portals/board fillers and use your aoe removals accordingly.

Druid is easy if he doesn't get 3 Ysera, Unleashed from the "6-mana discover ysera" (yes, it happened to me)