Hey Demon Hunter! Swiggity swooty, I'm coming for your booty.
So apparently nobody appreciates the new guy, so I thought I might hit legend with a slower, more control oriented deck, you know - just for the hell of it.

And Priest, Rogue, Druid and warrior?
I taught those other "classes" what it feels like picking your teeth off the floor, with broken fingers. :) 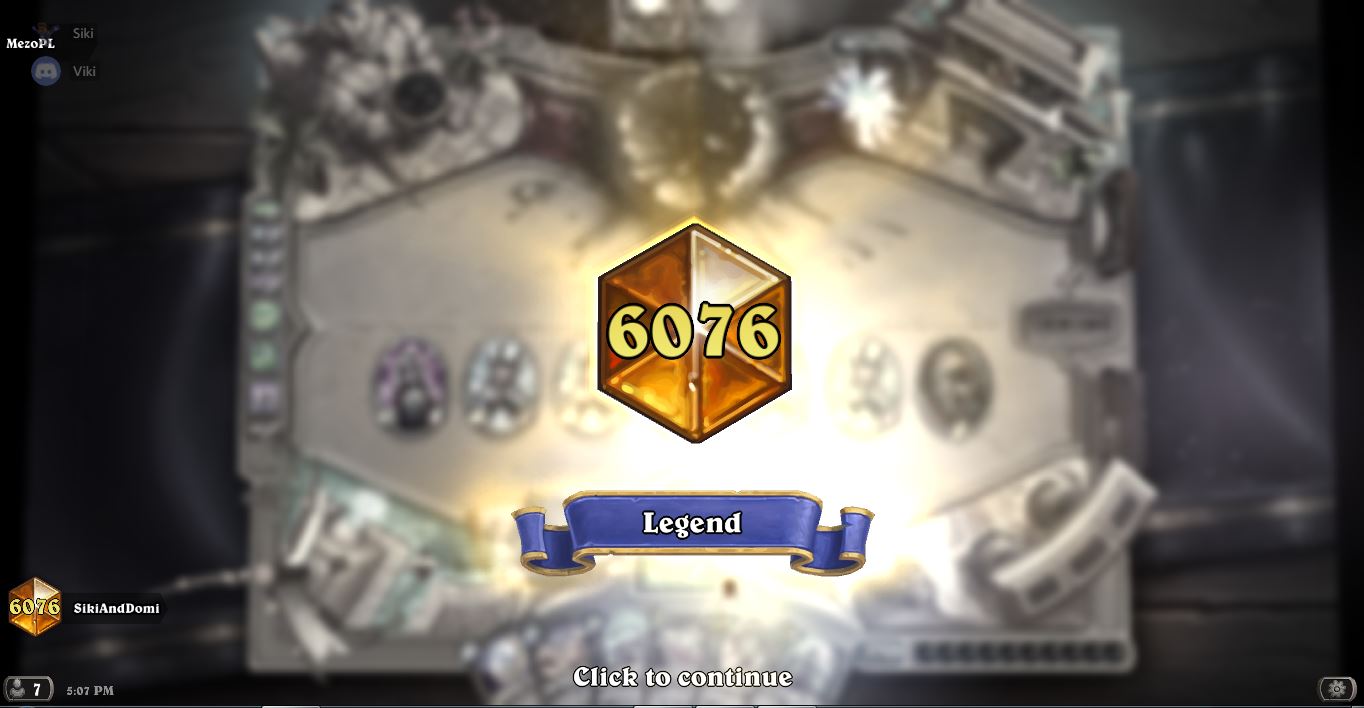 BuT yOu cAn nO LonGeR KilL DemOn HunTer'S WiN coNdiTioN aNd hEaL fOr 5 foR 0 mAna - dEcK sUCkS.

Ye, you're right, if your only idea of a good play is an instant win interaction against the most popular deck, go play something else. For everyone else? This is just another handlock deck with hyper-value cards and a 4 mana 5/4 that DRAWS YOU 3 CARDS FOR NO GOOD REASON.

This deck is basically an umbrella magic medicine (I'm not a doctor, don't quote me on that).

High stress due to low HP and a big minion giving you blood pressure? Mo'arg Artificer + Nether Breath cure that.

Erectile Dysfunction because you can't win a single game? Zephrys the Great, Dragonqueen Alexstrasza, Galakrond, the Wretched, and Kronx Dragonhoof give you a total of FOUR win conditions to change that.

Anxious due to all the aggro kicking your behind? Mortal Coil, Plague of Flames, Unstable Felbolt, Nether Breath and Dark Skies give you all the answers you need - while your own minions allow you to keep up somewhat in board presence.

One thing this deck can't cure is being a bitch, and you are free to quote me on that one.

How this deck seeks to win is by stabilizing against heavy aggro decks and winning by default after that, because your late game threats tower over anything they can throw out.

Against control decks you need to understand that your high minion count makes your play style closer to midrange than conditional control decks would have.

A huge difference between a good and a bad player piloting this deck is in how much value they can stretch out from their cards and 2-card combos, as well as which threats they will answer and when.

While this deck isn't really budget friendly, I will go out of my way for the people only missing a card or two, and try to help you guys - keep in mind, I do not guarantee the deck being as good with these:

While all Galakronds are free, the deck is still playing a lot of legendaries and epics. The last legendary you want to craft for the deck is Alexstrasza. While she is high impact, I found her just clogging up my hand far more than any other leggy in here.

If you're missing a big leggy, and have no big leggies that you think might serve the same purpose, you can try Evasive Drakonid. The card is insane in how many times it can win you a game on its own and I highly recommend it. He is also a dragon which is pretty big for your synergies.

I strongly believe that Hellfire is still a pretty good card, that can substitute 1 Dark Skies if you're an epic short.

If you're just looking for other cards you can try out, or perhaps just have a few more expensive cards lying around:
A second Mo'arg Artificer is solid in the deck, giving you a more consistent big heal and removal option. Sea Giant is another card that can be considered, leaning more heavily into a more traditional handlock classic. Acidic Swamp Ooze is also a great choice for a tech card that you will definitely find useful in this meta.

Generally, only ever keep Sacrificial Pact against hard aggro decks AND if you are on coin with an invoking card in hand.

Keep all of your removal against aggro and pretty much never keep any of it against control (except if the class in question has great early drops in control as well).

If you can curve out decently with your invoking minions, keep that in mind as this deck uses its minions as another control tool against aggro, as well as pressure against control. Never keep any of your legendaries.

How Not to Suck

HUGE SHOUTOUT TO SHENNON FOR HELPING ME WRITE THIS SECTION!

If we reach any higher milestones, suggest your own rewards.