I've been playing since beta and now finally reached legend for the first time.. as a pirate!

Update: I now hit legend with the same deck for a second time! This time I swapped Grand Lackey Erkh and Al'ar for two Loot Hoarders, which also worked out great. My winrate also stayed between 70-80%, therefore I didn't update it. 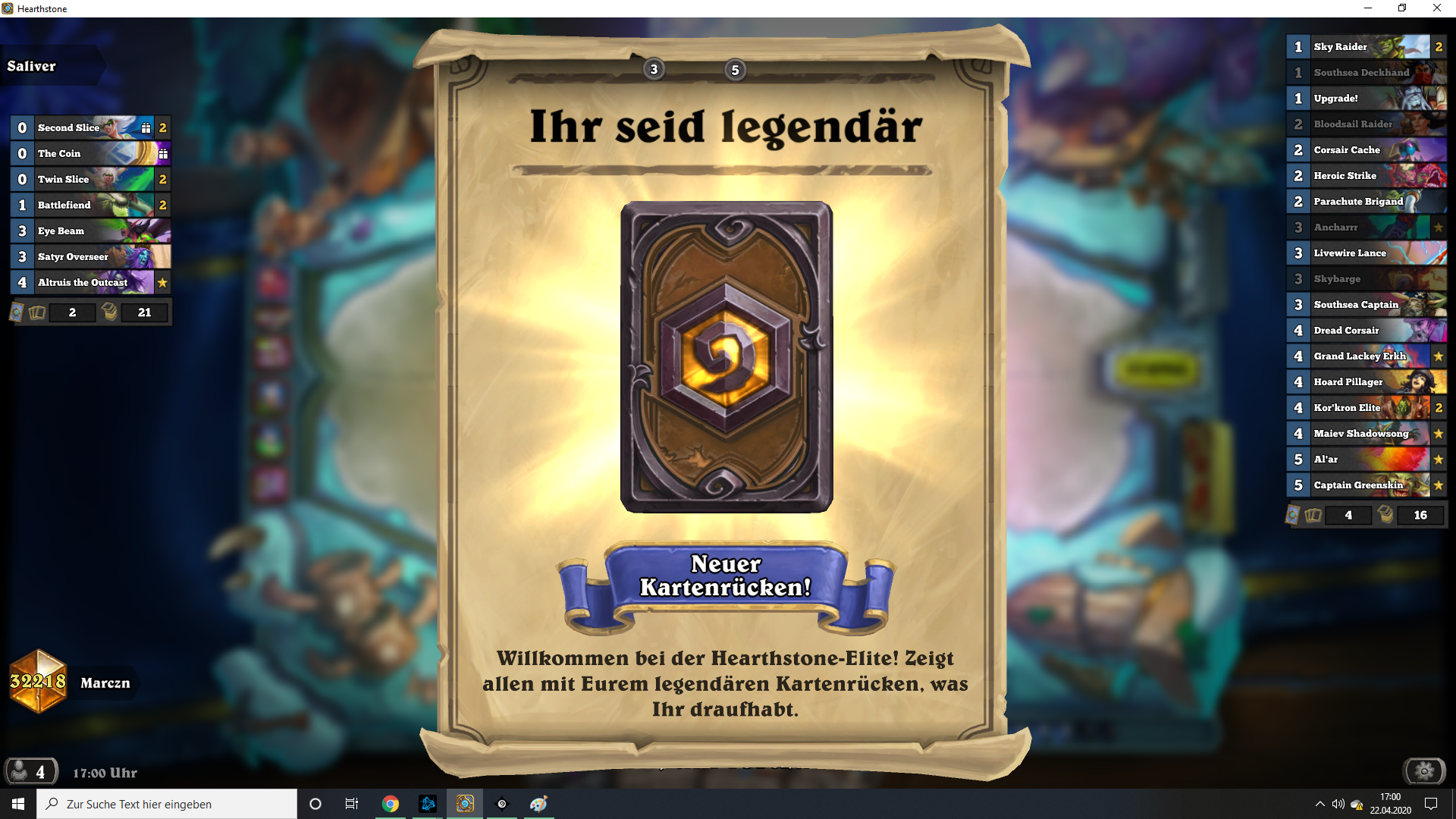 I'm no native speaker (german), so please bear with my english. If you find any errors though, please let me know :)

The deck started out as a funny idea of mine, but unintentionally developed into a climbing monster and sailed me up to legend rank in no time. Because I had so much fun with it, I created an account just to share it here for you guys to (hopefully) enjoy it as well!

I played 50/50 on mobile and desktop and reached >80% winrates on both. Therefore I'm sorry for the small sample-size shown in the picture (it only covers desktop matches): 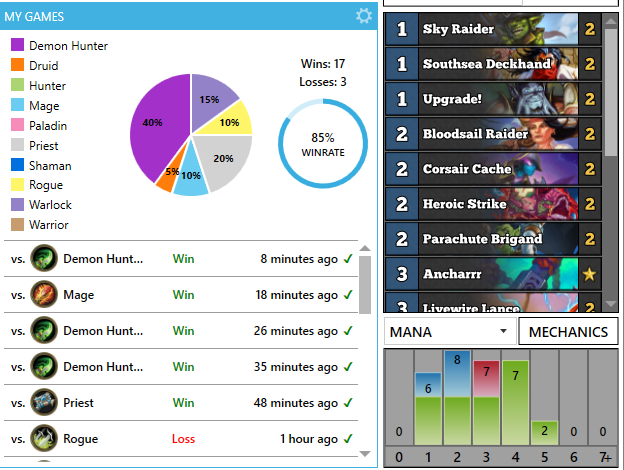 The general idea of this deck is to draw one of your weapons early, buff it up and make big tempo plays with Skybarge, Dread Corsair and Parachute Brigand to run down your opponent before he can react accordingly. If necessary, trade minions with your weapon to keep your pirates on the battlefield.

From time to time I happend to get a lucky 1-Drop and one or even two Parachute Brigand in the start hand. I kept these and used them as a big turn 1 tempo play to snowball the game. I wouldn't gamble on it however, and try to get a weapon instead.

For my first legend attempt I used to run Grand Lackey Erkh to function as a form of reload in the later stages of a match, but I actually never got to use him. Therefore I replaced him with a Loot Hoarder.

As far as Al'ar goes.. he (she?) actually won me 3-4 games. He is in no form absolutely necessary and you can definitely replace him with something else, but if you already have him I'd suggest to try him out. But as I said, I wouldn't recommend crafting him only to put him into this deck. For my second legend attempt I also swapped him for a Loot Hoarder and I didn't really miss him.

I hope this deck brings you as much joy and success as it did for me and I wish you good luck with it on ladder. I'm always open for feedback, so please let me know what you think and how it worked out for you.

But most importantly, have fun and stay healthy!