Today I did some ranking with the new rank system and to my surprise i did pretty well.

I made a real monster here, able to counter most of the decks on wild ladder right now.

I only lost to murloc paladin, who turn 5 OTKed me and a secret mage because i didn't draw any early-game cards.

I'll do a detailed writeup if i get 25 upvotes. I'm also going to upload some ladder videos later on.

Since it is a wild deck, mulligan guide will be a "long story short"

So up to now i reached diamond 5 and 2 stars with this deck only. Overall, i think the deck is decent, i went 24-6 so 80% winrate, lost only to hyper aggresive decks because i didn't have any answers in the early-game. Some statistics: 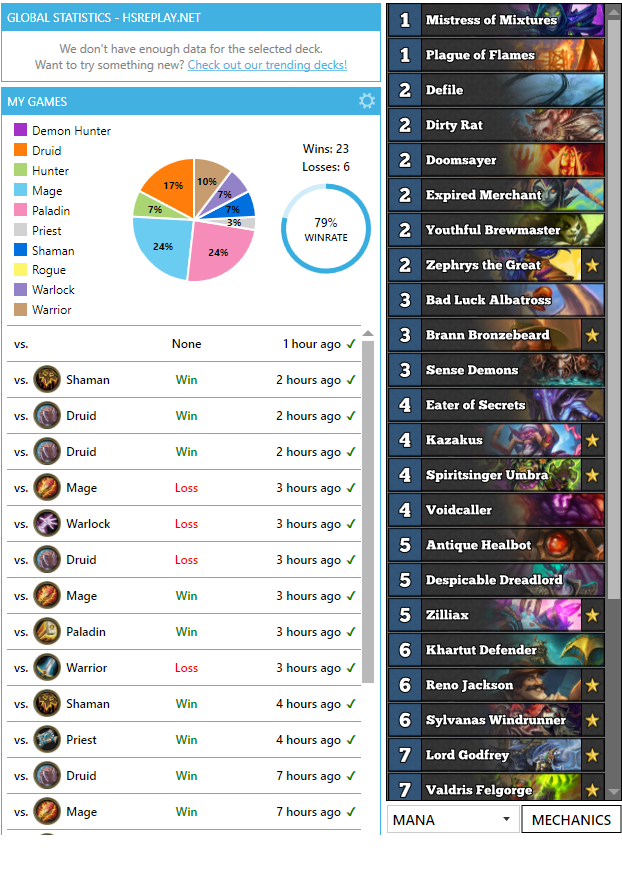 Last game i won, but got disconnected. I also have replays from games I've played, so if anyone is interested - pm me.

*edit 2: Hey, i'm glad that you like the deck. I know many of you struggle against certain deck types such as aggro, but remember to tech against it. The point is this list is universal, tech choices depend on what do you face - no pun intended :)

!remember to choose your tech depending on the meta you face!

Skull of the Man'ari - replacement for Krul, if you don't want to play all demons from your hand