This deck usually revolves around controling the game and feeding a very powerful future Zul'jin. As you play him, he is going to control the board completely; fill up your deck with more Dire Frenzy beasts and draw them; all this while supported by your secrets (Rat Trap can be very annoying). In some cases, he is a good card that's gonna save you when necessary.

Dire Frenzy is going to fill your deck with powerful beasts, and Bad Luck Albatross is gonna parasite your oponents game. This little guy can break a lot of Highlander decks, and mess up the recruit of minions directly from the deck like Quest Druid does.

Starving Buzzard can be seen more like a late game draw who will save you from running out of steam. I believe it's quite good in some situations, even when its not late game yet.

By the end of that, you drew 4 cards + took care of the board. You can extend those "combos" to the late game too, and draw even more, if possible (that is, if you manage to control the board in the early game while saving some of the resources buzzard requires).

Now talking about Tundra Rhino: you shouldn't rely on it, but saving him for the time you have low mana powerful beasts (or a 5 mana 8/8; a 4 mana 7/7 and 1 mana 4/4...) by Dire Frenzy is a good strategy. He's also good when popping Clear the Way.

Overall, this is is a pretty fun deck that provides very complex decision making sometimes. I'm still trying some new very small changes, but you should definitely give it a try. 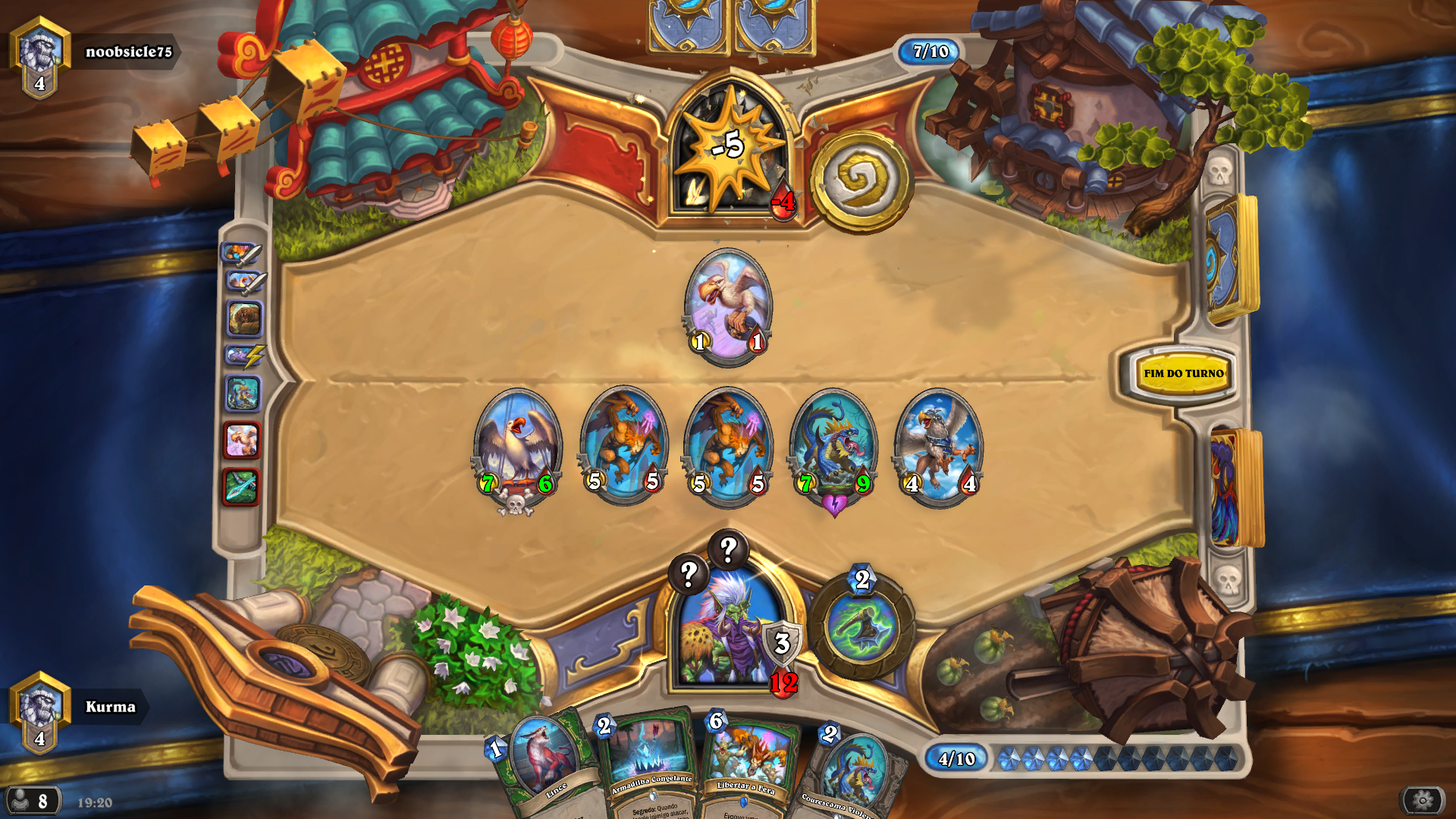 As I said, this is a challenging deck that requires some practice. In general: when playing some matches, you will need a more agressive approach; in others, you gotta be very careful in order to save your resources. I'm all available to answer questions in the comment section below.

Update (02/28/2020): Changes were made and much better results came. Thanks to El_Jairon in the comments that made the suggestion of Phase Stalker and led me to review his role in the deck:
-2 Secret Plan
-1 Ironbeak Owl
+1 Flare
+1 Phase Stalker
+1 Fresh Scent