This is a pure fatigue deck. You either kill both players or just your opponent, so either make them DRAW till death or it's going to be a draw. Should look something like this, as fatigue kills that pesky mech paladin with ~180 dmg! 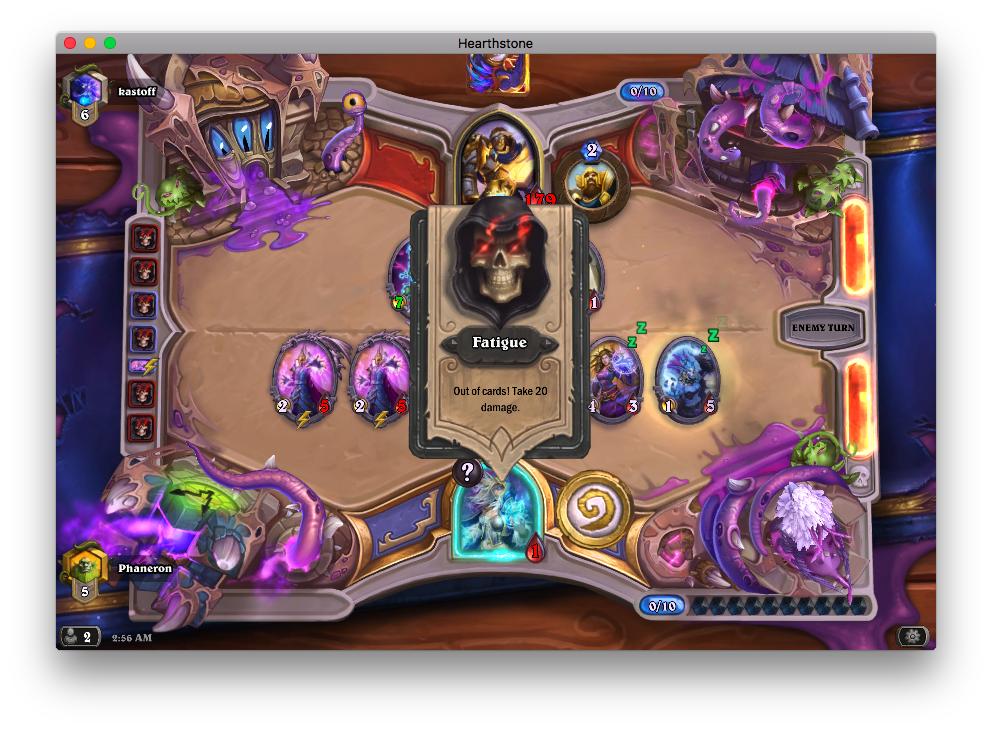 It plays out like a normal control/quest mage, where the final turns start with: Time Warp + Archmage Vargoth, followed by 2 full turns.

Except that this OTK package is less cards and cheaper than Archmage Antonidas + other cards, more exciting than charging Arcane Giants + Alexstrasza and simply more fun that 6 Archmage Vargoths + Deck of Wonders (or Pyroblast)!

Instead this package contains the following for your bonus turns: Molten Reflection on Archmage Vargoth for turn 2, then Violet Illusionist + Drakkari Enchanter + Research Project for turn 3. Remember to never use your 2nd Research Project to draw, that is a combo piece!

This combo draws (with 4 Vargoths) 18 cards. That's usually lethal, even if they have Ice Block or a bunch of armor, since the damage on their turn from fatigue is usually 15+ after this combo. Should look something like this on your last turn: 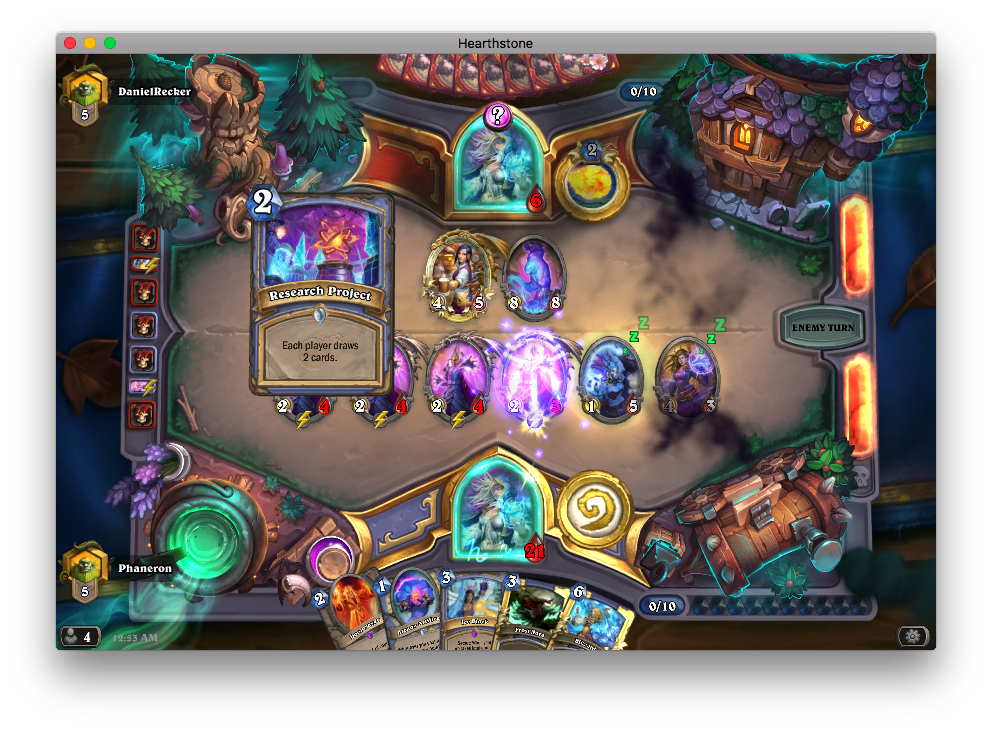 Just make sure your board is empty when you play Archmage Vargoth, you dont want him to randomly copy the wrong minion on your 2nd free turn ;)

If you think you might lose the game, just try to drop your murlocs and 1 project asap, try to get as many of their cards thinned out too while you stall (preferably by letting them use their own draw before you play your murlocs/project, works best if they are already at 8+ cards).

Then wait for a turn on which you can play Archmage Vargoth + Drakkari Enchanter + Research Project. This will draw you both 6 cards. Sometimes it can result in a murder-suicide outcome, that at least makes you not lose the game.

Against control I usually just go for draw like Arcane Intellect, Coldlight Oracle, sometimes you can mill them with a coldlight mid game. It is almost always a good keep against mid range or slow decks,

Against aggro I would focus on your Mad Scientist for your secrets/survival, always keep him. Alternatively, something to fight for board like: Bloodmage Thalnos/Questing Explorer. You can also drop Drakkari Enchanter to fight for board, same with Archmage Vargoth. Since you most likely will not survive long enough to get the full combo against aggro. Though aggro is really your biggest challenge. Just remember to NEVER play or keep Coldlight Oracle against aggro, unless you plan to finish the game in 1 turn and are safely behind an Ice Block. Treat them as regular bodies that most likely will be removed as a quasi taunt because of the value threat they pose.

If you have it, you can also do an alternative package where you drop Violet Illusionist + Drakkari Enchanter for King Togwaggle + 2nd copy of Molten Reflection. In that case, your 2nd to last turn is: 2 x Molten Reflection on Archmage Vargoth, then Togwaggle + Research Project (in that order) on the last turn.

Not seeing much aggro in your bracket? Drop an arcane articifer for an Acolyte of Pain.