I've made it lo legend  from rank 3 so far with it, let's see how much further I can take it :) 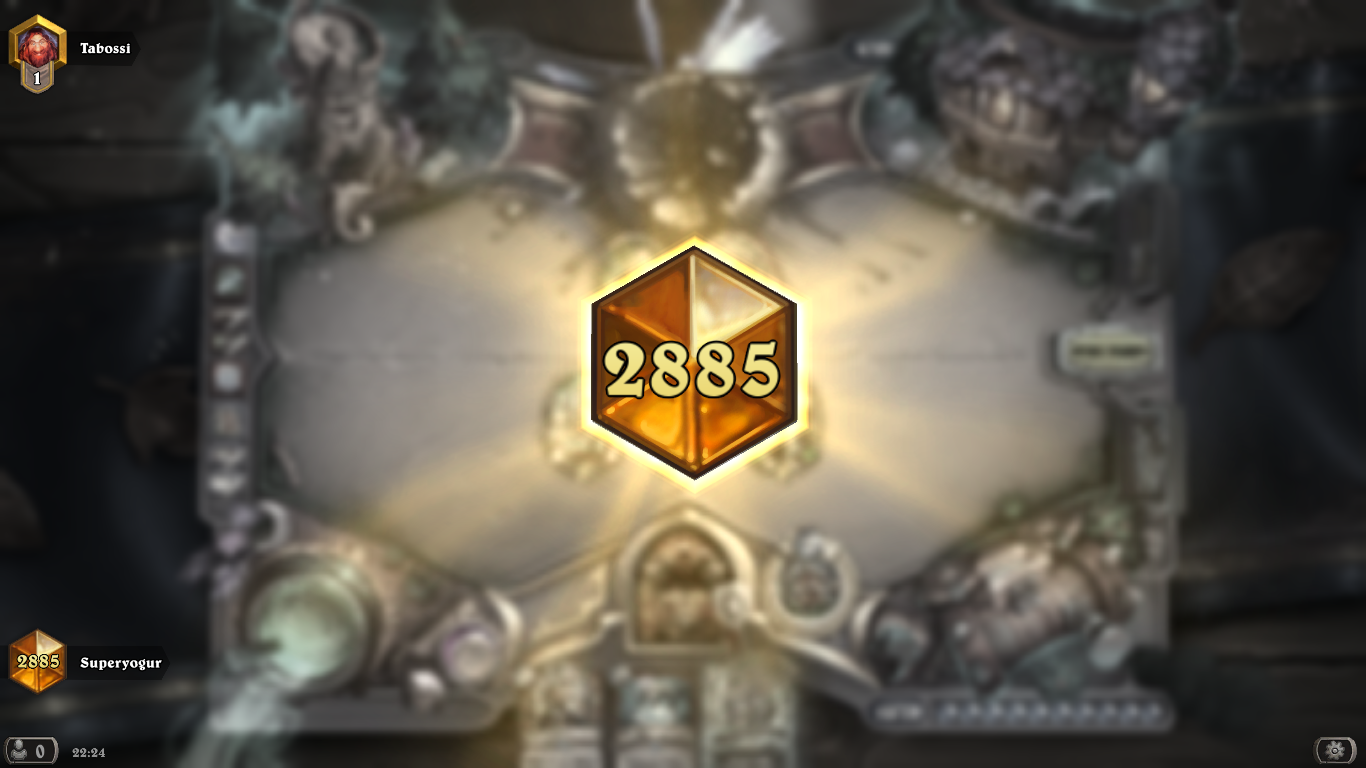 I tried many 2 drops and Belligerent Gnome was the one that performed better. It might not look like the best at first glance, but it often comes down as a 2/4, it's useful in any stage of the game (because he has taunt) and it protects your Augmented Elekk/Frothing Berserker on curve.

Speaking of cards that don't seem like much at first but then are amazing, we have Woodcutter's Axe. Really good at killing early hunter/shaman minions, buffs the rush minions you draw with Town Crier and something that you might not know, it also buffs any of your mechs when you become Dr. Boom, Mad Genius.

I tried running Wargear and Replicating Menace to help push more damage but they weren't good enough because there weren't enough other mechs in the deck and it was not worth it to include them.

I've settled on having just 1 Dyn-o-matic because I face mostly warrior, mech hunter and mech paladin.

I tried Kor'kron Elite but most of the time it would accomplish very little.

I'm going with 2 copies of Spellbreaker because, as I said before, I face tons of mech hunter and mech paladin, and I have no way to clear big, magnetized mechs otherwise.

If you need space, the cards that can be cut without causing much trouble are Seaforium Bomber and 1 copy of Spellbreaker.

If you don't have Harrison Jones, Darius Crowley or Zilliax you can replace them with the second copy of Dyn-o-matic, Seaforium Bomber or Captain Greenskin. Keep in mind that, in that case, results may vary.

If you don't have Dr. Boom, Mad Genius or Blastmaster Boom I suggest you to play a different deck, they are irreplaceable. 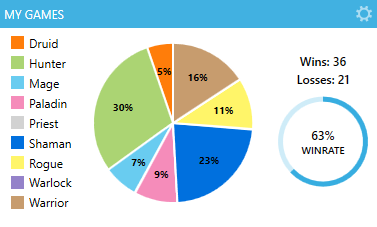 Some screenshots from the climb: 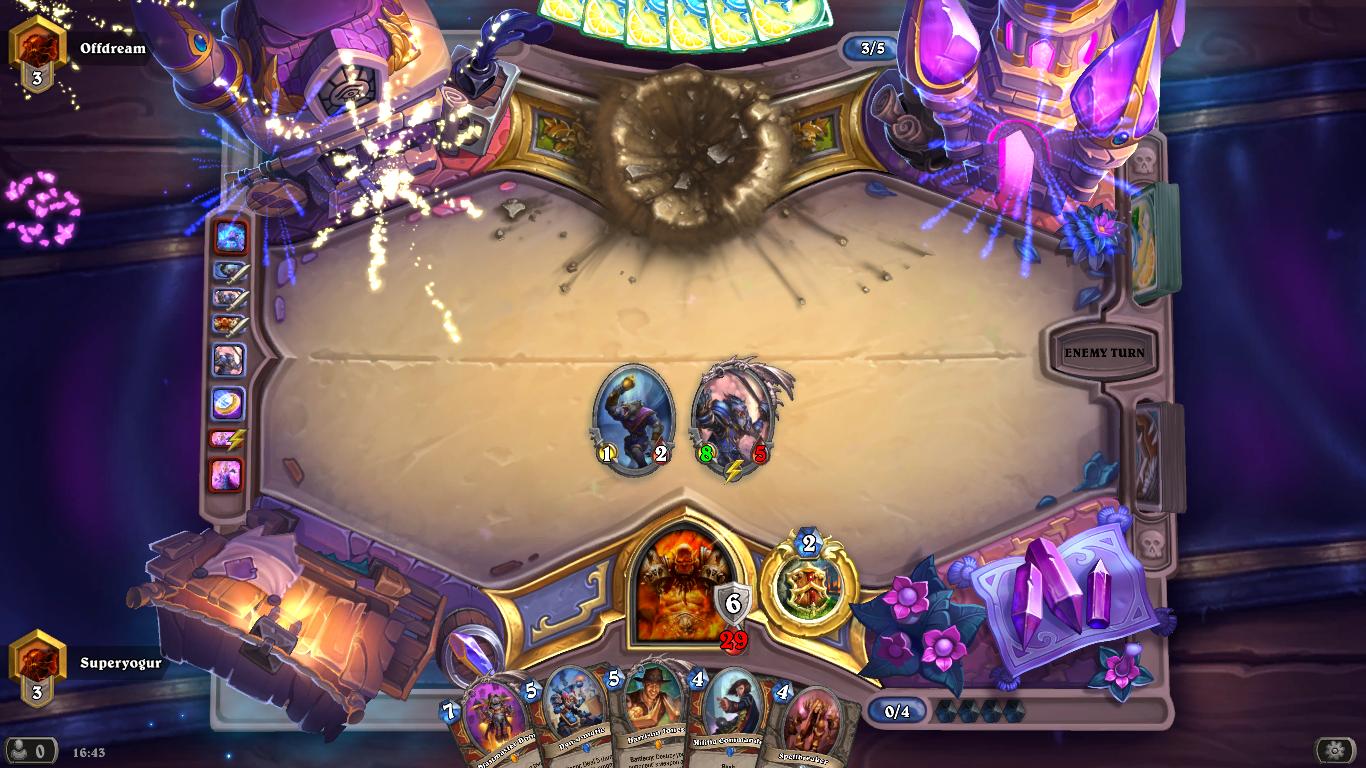 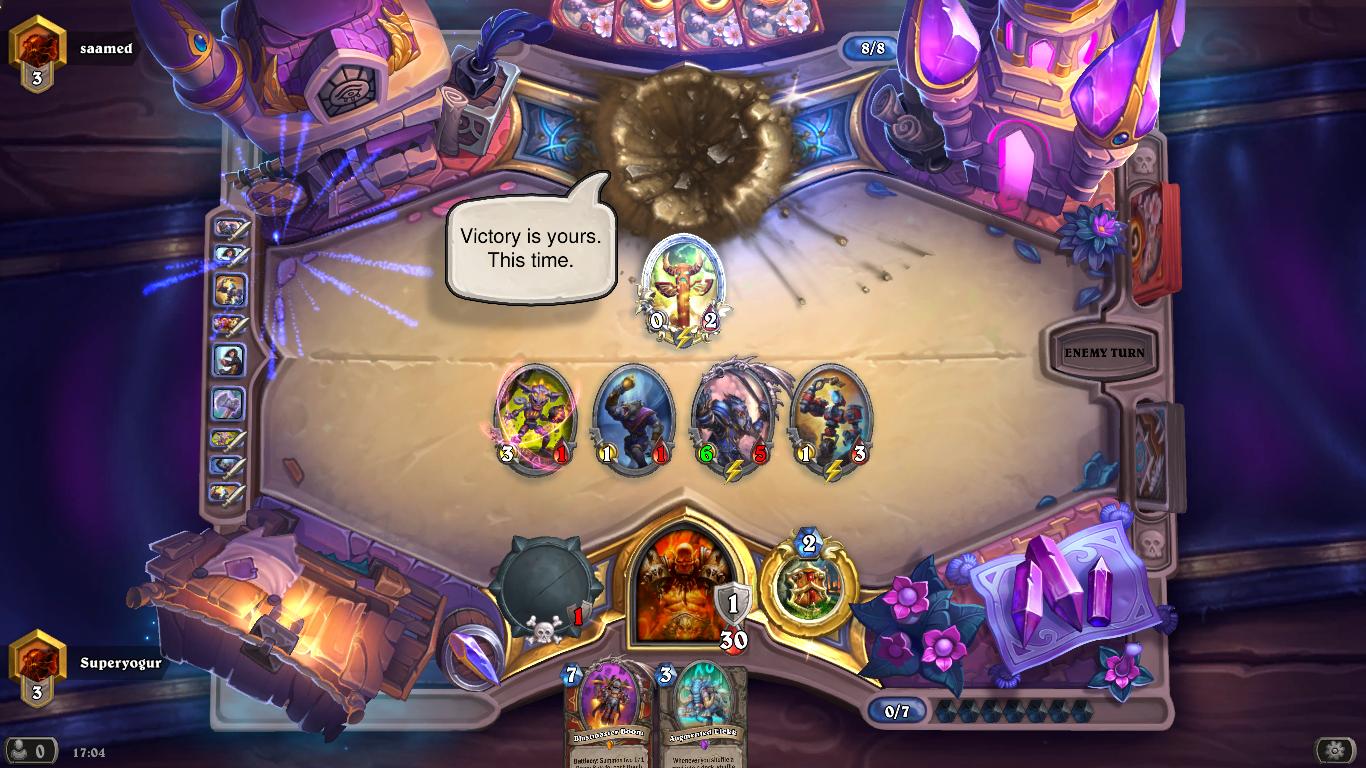 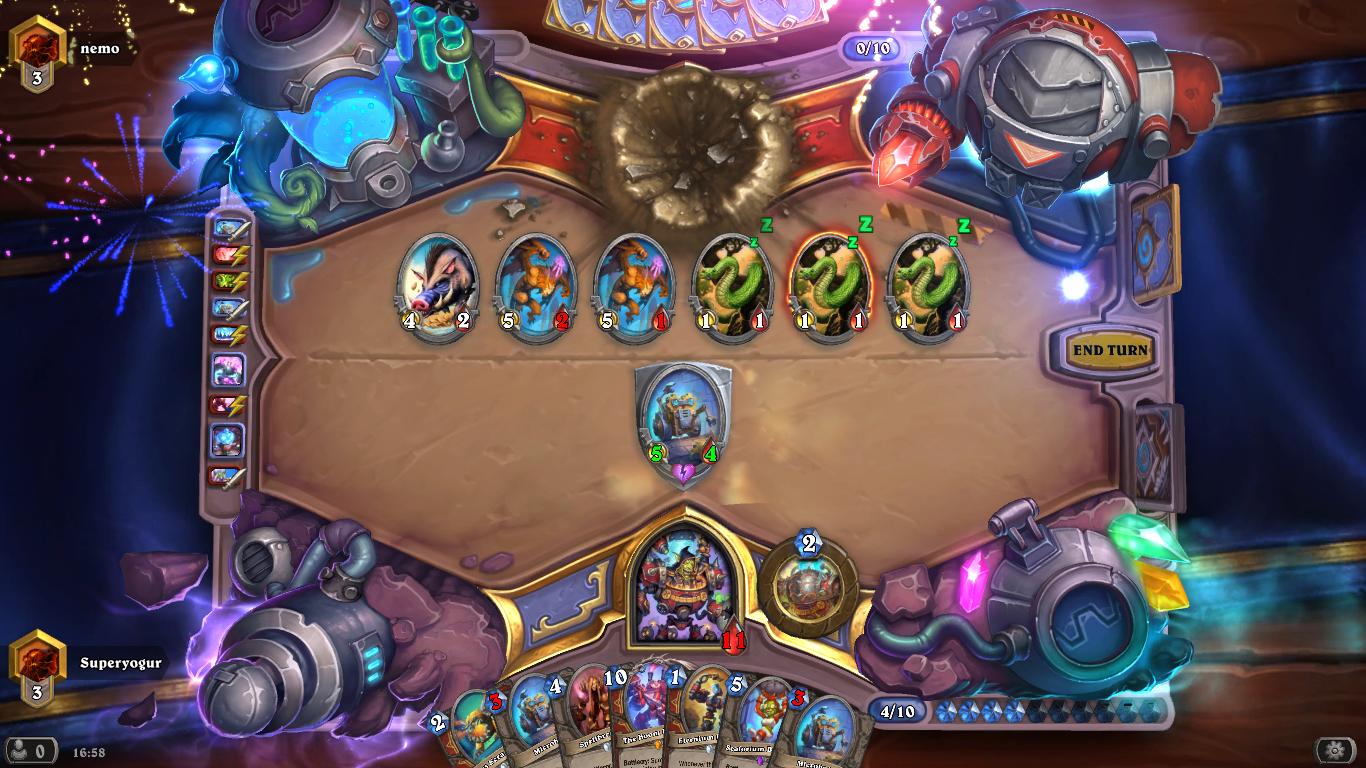 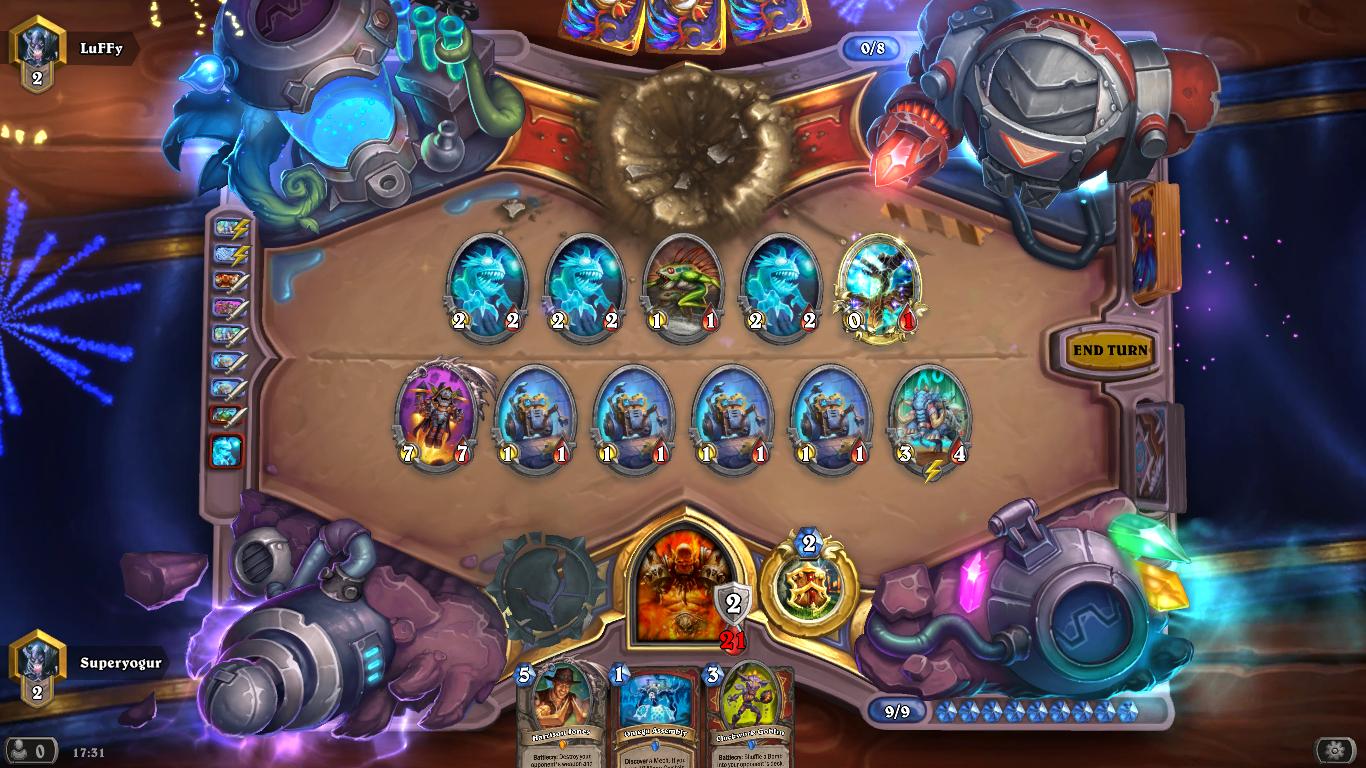 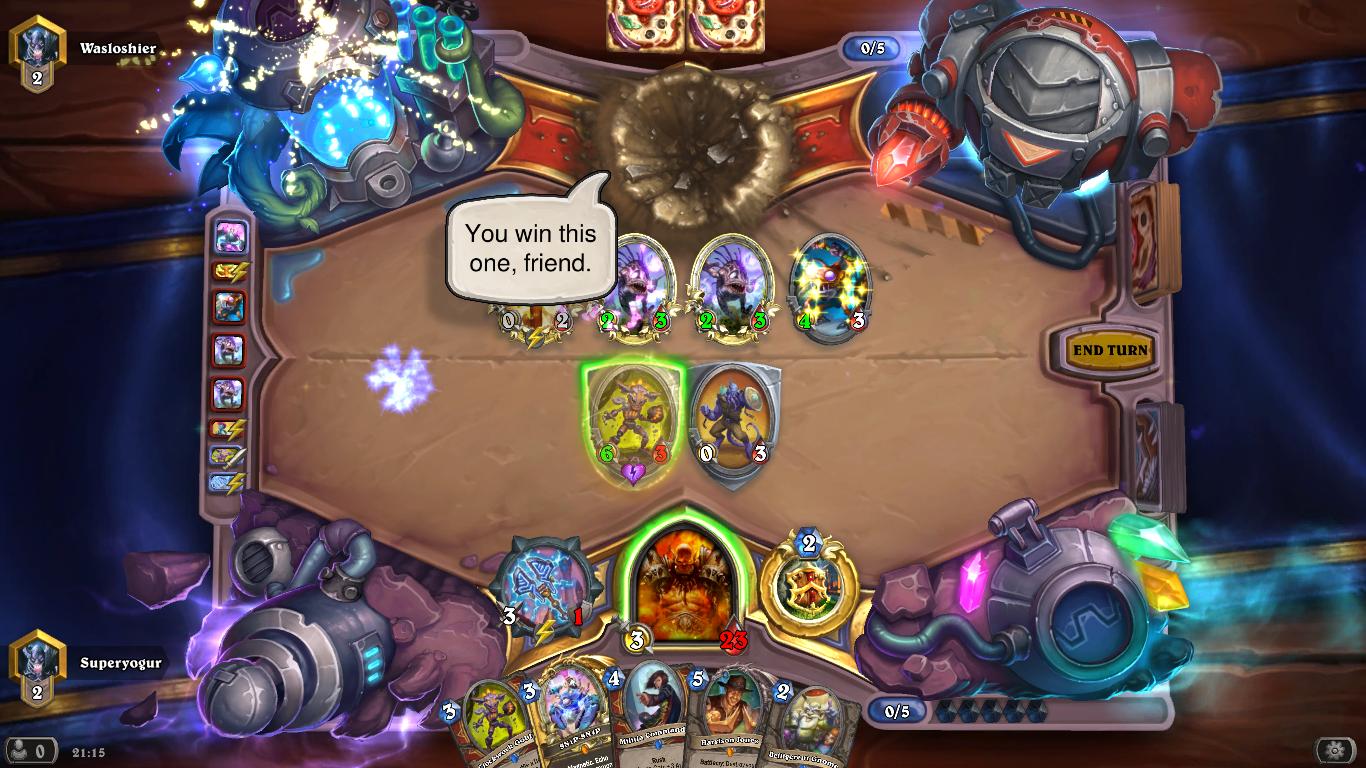 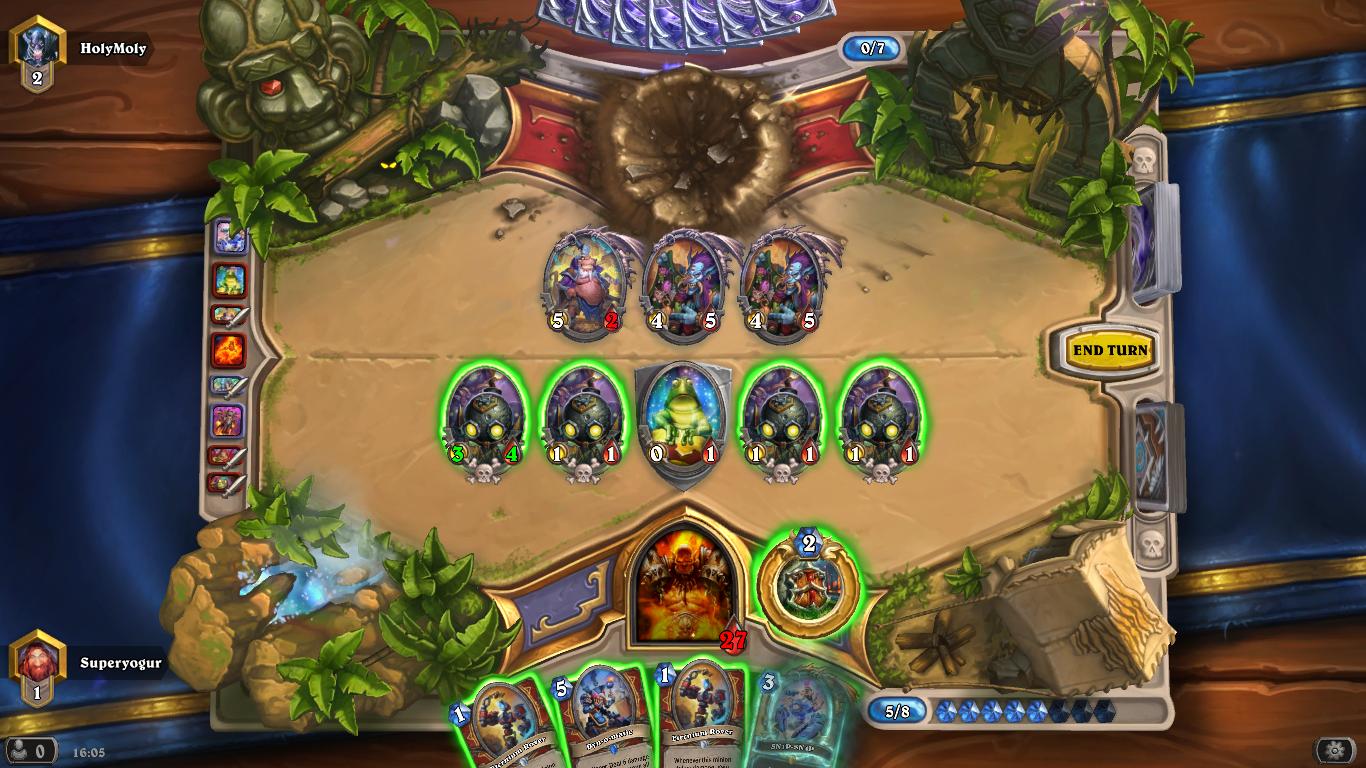 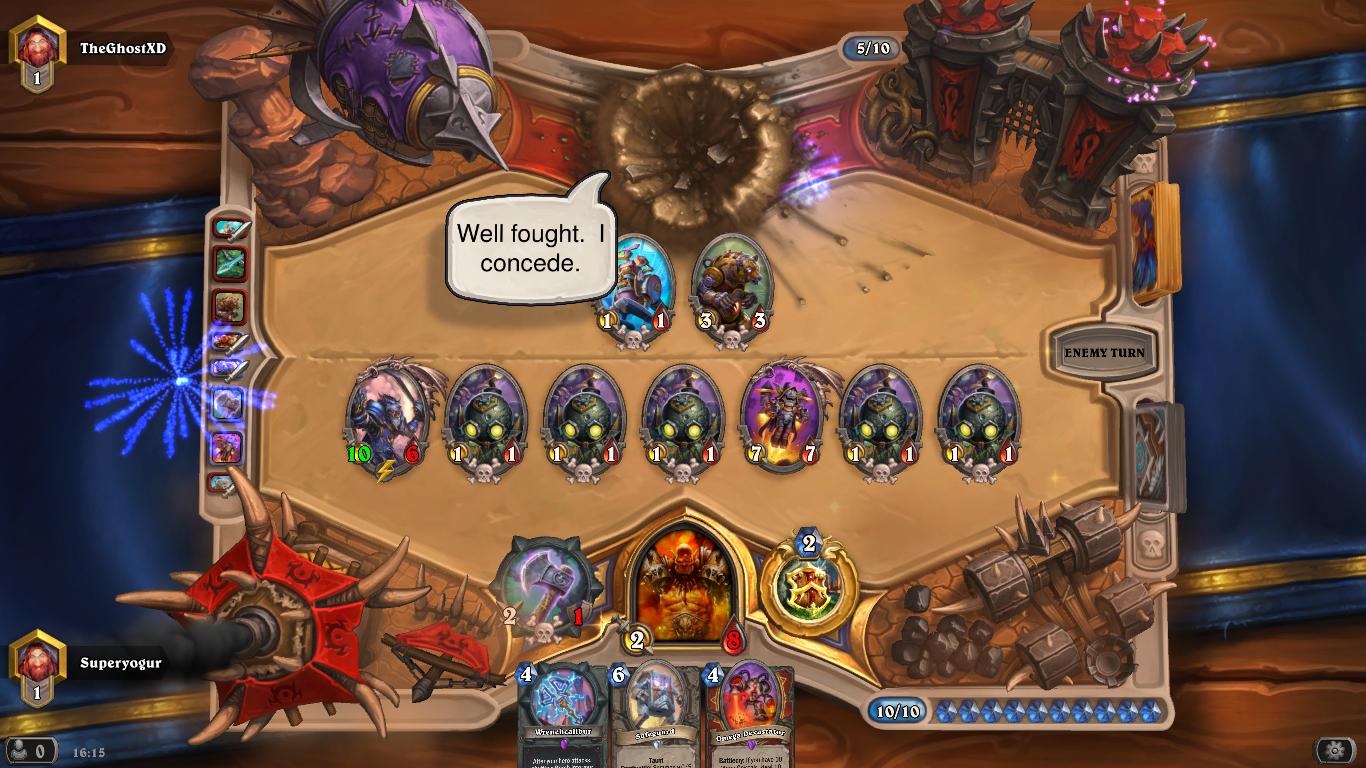 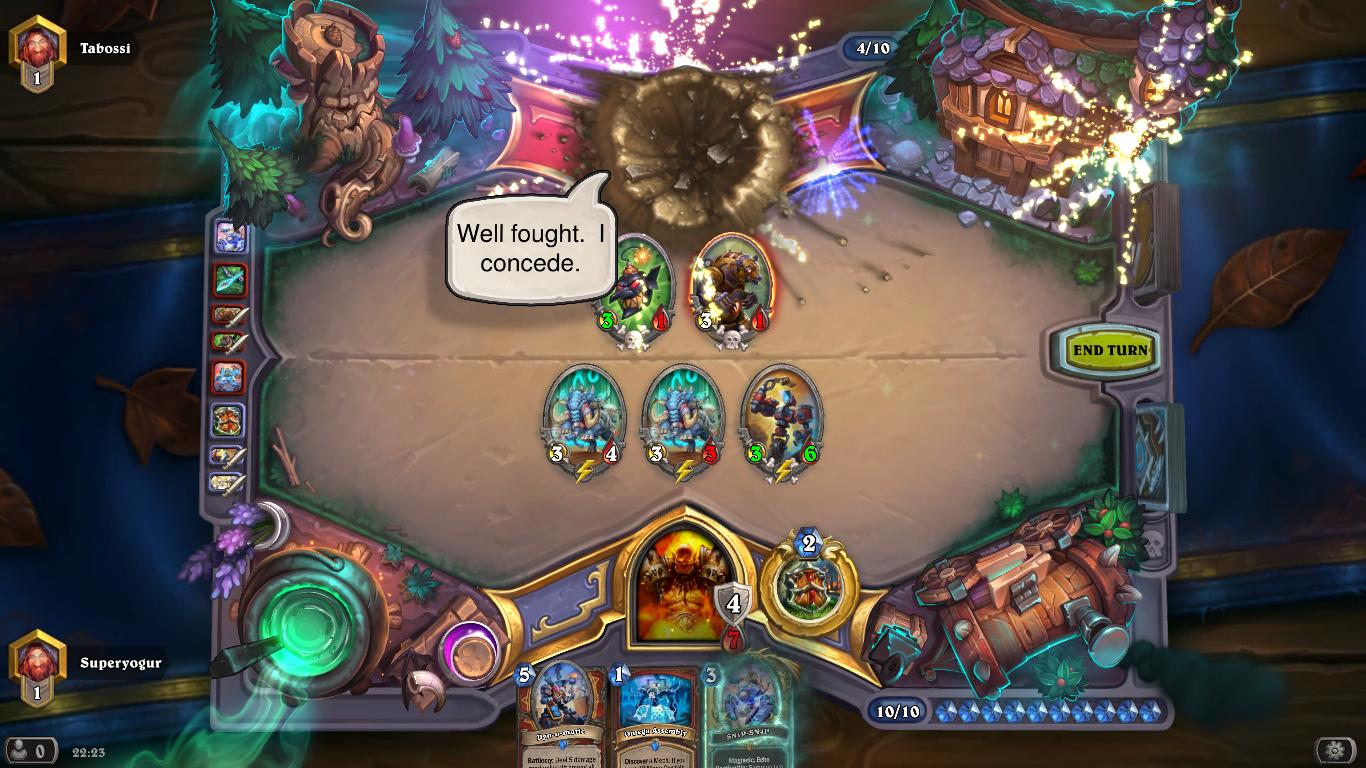 The deck is pretty straightforward tbh. It's a midrange deck, so try to pressure as much as you can vs control and stay more defensive against aggro (until you can race them). For the most part, try to curve out and play for tempo.

If you have any specific questions just ask. I can post replays as well if needed.

Overall, never keep anything above 4 mana unless you're against warrior, in which case you should always keep Dr. Boom, Mad Genius.