Disclaimer: I know that calling it 100% WR for only 10 games is not the most accurate. However it's still impressive as the deck seems to be competitive against all other tier 1 decks in the current meta!


The Idea behind the deck was to create something that can compete with all the tier 1 decks as Tempo Rogue, Control Warrior and Mech Hunter. It seems to be doing its job Extremely well.

One surefire way to survive in the later stages of the game is to magnetize Zilliax on top of a Vicious Scraphound not only will it heal but also bring you a ton of armor and can sometime change the tide of the game by itself. 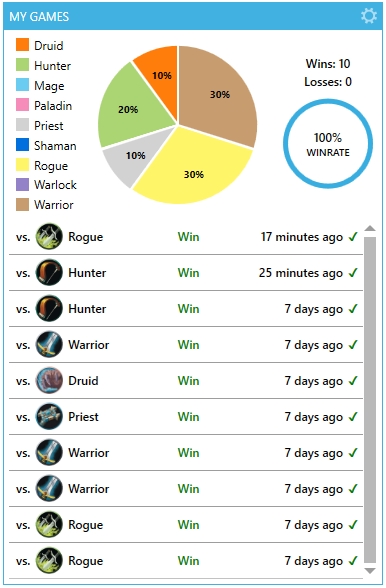 Mulligans: Against Aggro you need to keep Weapons Project, Warpath and Slam. Against Control you want to keep Acolyte of Pain and Dr. Boom, Mad Genius