The Mech Hunter deck is a very strong deck that revolves around a mid game to late game power spike that revolves around the deathrattles and magnetic abilities of many of the mechs. There is also the Late Game play that is revolved around Zul'Jin and the loads of value that you can get out of Unleash the Beast and the Nine Lives cards. The power of this deck is that if it doesn't lose control of the early game, then there would be a huge power spike that takes control of the game after turn like turn 6 when you can play your big deathrattle mechs and Unleash the Beast. 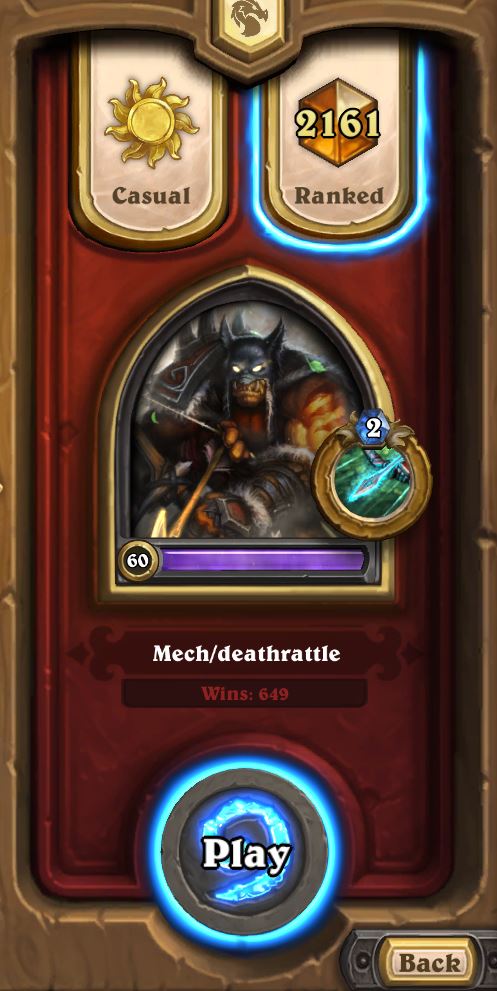 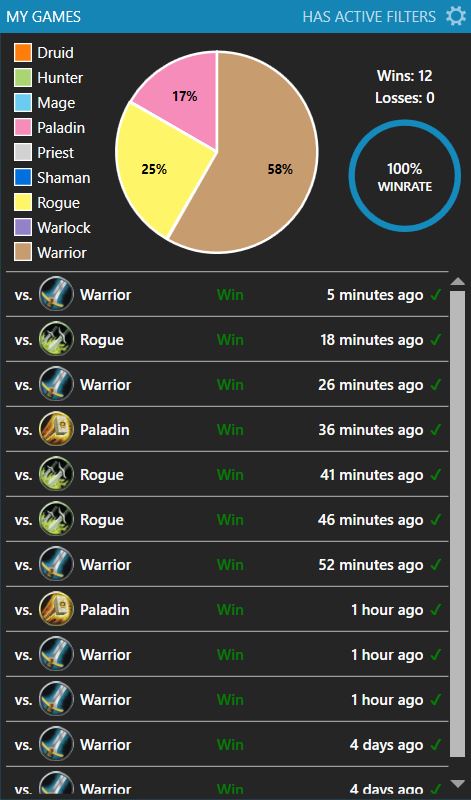 I Don't want to ask for upvotes but since I put a lot of work into my guides I want to make sure people are interested in the deck before I put hours into a guide.

Ok, so I know that this is like 2 days late but I am busy with schoolwork so bear with me XD. I am going to go over basic keeps that you want every time with this deck and be specific with matchups as well after a general guide.

General Keeps into Pretty Much Everything:

Mecharoo [/card]is a solid card to keep early due to the fact it is a 1 drop and if it survives (or at least its deathrattle survives) it can be a Magnetic target because sometimes a 1/1 will be ignored. Some people who played this deck said that the deathrattle made the [card]Nine Lives play weaker, which is fairly accurate, and people ran Springpaw [/card]instead which was another good early game option and if you were to make the replacement it would be a good keep as well (with the rush being nice to deal with early threats especially. [card]Missile Launcher is another potential replacement if you want an even more control heavy deck with less emphasis on the early game but personally I think it is a LITTLE too slow for me but still a decent replacement (don't keep it in your opening hand though XD)

Upgradeable Framebot is another solid keep. It will usually stick on the board for at least a turn or 2 and is a GREAT magnetic target that is very hard to deal with (unless it gets sapped by rogue but that will be in the matchups guide). It is also just your most solid 2 drop in general that can deal with small tokens  in aggro decks and can be buffed into control.

Ursatron is in my opinion the best early card in the deck, idk why but I absolutely LOVE this card because it has decent stats and provides draw and can be pumped if it stays alive for a turn or 2. Solid 3 drop with draw potential makes it your best turn 3 play and honestly I would keep it even if you don't have a 1 or 2 play because this is a slower deck in general anyway (although having at least a 1 drop or a 2 drop is nice too so if you want to mulligan for one into an aggro matchup to not lose control of the board that is fine).

Spiderbomb is good into some aggro matchups and can combo well with Houndmaster Shaw (which you don't want to keep but can be good to draw into) and Fireworks Tech (also don't keep). It is just a way to deal with some of the early threats that are generated by decks like tempo rogue, murloc shaman, token druid, and even beast hunter. It isn't a high priority keep, but if you are going into an aggro matchup and you find yourself having it in your hand, you can keep it.

Acidic Swamp Ooze is VERY good into Rogue, Warrior, and usually Paladin, so if you keep it to deal with a turn 4 weapon play from any of these classes (or earlier if the paladin runs the Mysterious Blade in secret pally) that is always a good play with a lot of extra value.

Venomizer and Replicating Menace are also both fine to keep but not super high priority this one is just up to personal preference and if you think you will need a magnetic upgrade to deal with an early minion (like against rogue or murloc shaman again).