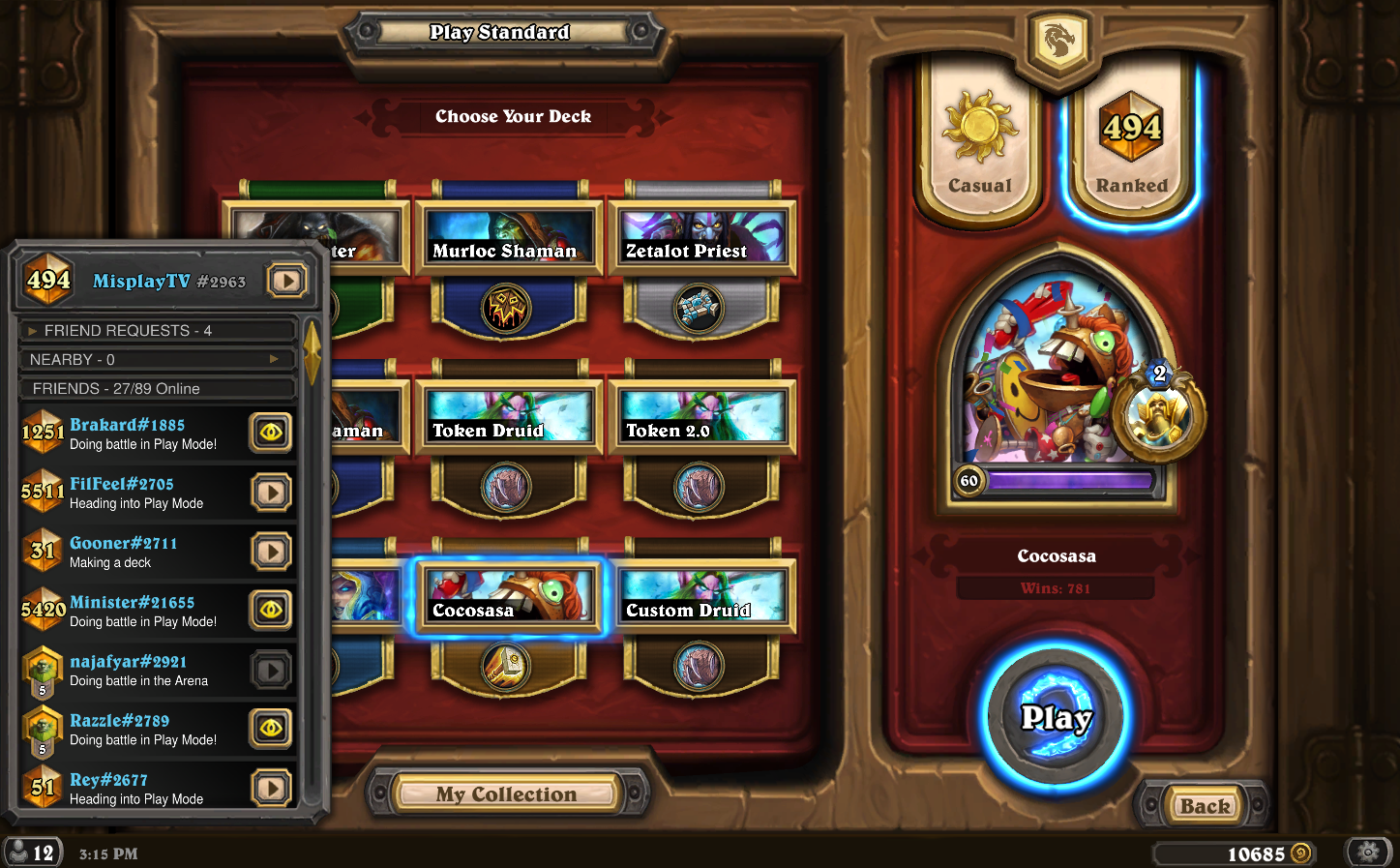 I try to update my stats every day:

Btw I'm really confused why the guides on the homepage with extreme high win rate in the title doesn't have a screenshot as proof. And so many upvotes! Hmmm.... 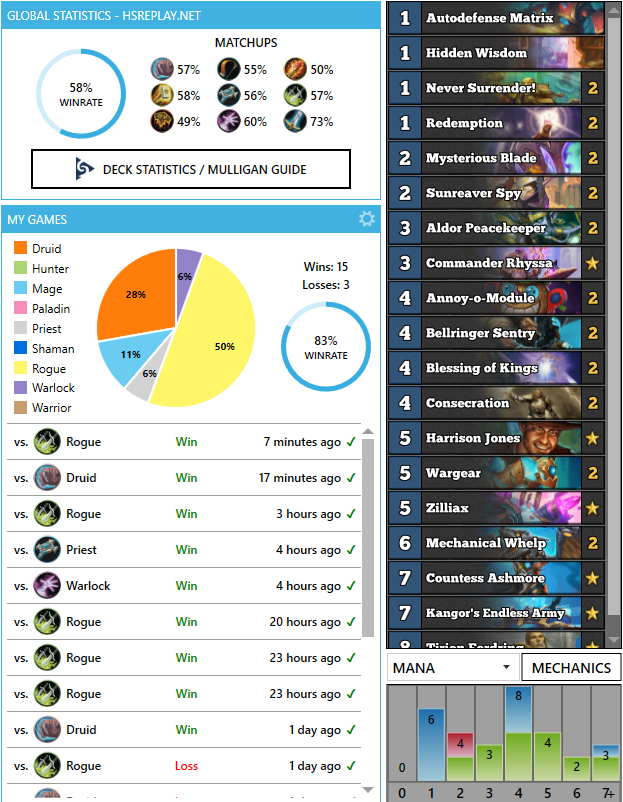 I found this deck on cocosasa's twitter. I had an amazing time playing this deck. If you don't like reading, you can watch the video and subscribe to my youtube channel by clicking HERE

This deck has a good early game with secrets on turn 1, Sunreaver Spy turn 2 is insane on curve. Good mid game with the annoying 4-drops, especially combined with Redemption. And huge late game cards with Tirion Fordring, Kangor's Endless Army, and much more! This deck really feels like a meta breaker! No Psychic Scream in standard, FeelsGoodMan! And I haven't seen any silences (yet).

My favorite cards to start while having the coin: Redemption on turn 1, afk on turn 2(don't hero power) watch the video and you know what I mean. Turn 3 coin out Bellringer Sentry. Turn 4 another Bellringer Sentry or Annoy-o-Module. If you have Hidden Wisdom instead of Redemption, you do press hero power of course. Or play Sunreaver Spy if you have it on turn 2.

Now without coin, you should go for 1 secret and always Sunreaver Spy and keep also any 4 drop IF you already have the 1 and 2 drop. But in slow matchups you still can keep the Bellringer Sentry, it's just the best card in this deck. It will thin out your deck, meaning a few steps closer to good top-decks!

Remember, if you have the worst secret during mulligan, which is Never Surrender! and you also have Sunreaver Spy, don't hard mulligan for another secret. That's too greedy! A secret is better than no secret at all!

I hope this guide will help you to climb higher on ladder. Up-votes will motivate me to do more guides in the future. Good luck on ladder!