due to the recent shift in the meta ( less warriors, more rogues / token druid, hunter , zoolock ) I had to make some changes and reinclude Concecration + Mountaing Giants instead of Big Bad Archmage. My older version which shine vs different metas can be found at the bottom of the guide.

Why Mountain Giants vs Big Bad Archmade? Big Bad Archmage are dead cards in your hand until turn10. Mountain giants cost 0 mana via prismatic lens and due to our expensive mana curve we have enough cards in hand to play him on turn 5/6 while the rest of our minions need 7+ mana. Overall he is just more flexible vs aggro/midrange/control because he enters the game earlier than Big Bad ARchmage and he wins more duels! especially vs other giants which see play in aggro decks ( sea giant) and control ( mountain giant) 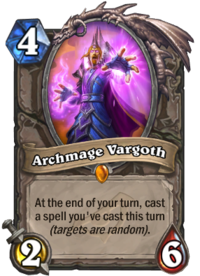 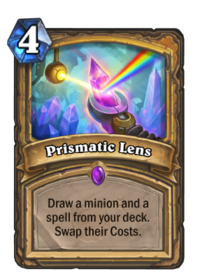 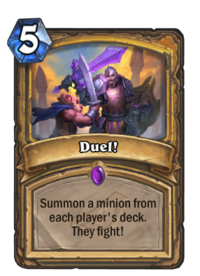 The goal of my decklist is similar to the good old big priest decks which used only 1x 4 drop (Barnes) + big minions. Instead of Barnes  I use Archmage Vagoth who can recast Prismatic Lens / Duel! for the big tempo swings and even the cheaper spells like Desperate Measures and Call to Adventure can generate insane value. 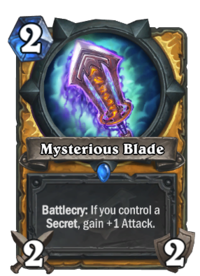 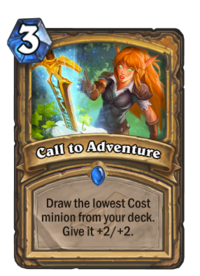 Truesilver Champion + Mysterious Blade + Secrets + Time Out / Flash of Light are used to survive until turn 4/5 and Call to Adventure on turn3 can guarantee us a turn4 4/8 Archmage Vagoth in many of our games and even after drawing Archmage Vagoth it is a nice card for drawing a buffed Zilliax.

Prismatic Lens is an insane card if you build your deck around it. Cheap spells + expensive minions is one way to get value out of this card and therfor I decided to play only 4+ mana minions and cheap spells/weapons to handle the early game, risky but since Equality costs 4 I wanted to try a deck without Pyromancer. Prismatlic lens always hits some great minions, especially when Archmage Vargoth is already on board/ in your hand and sometimes it is not as bad as it looks if some of your cheap spells get more expensive because every spell redcuses Shirvallah's mana cost.

The minions of my choice are sticky, generate value at end of turn or are have rush/lifegain as instant response to threatening board states.

Tirion Fordring: is one of the best minions in the game. His weapon helps us to push for lethal damage or control the board, great Redemption target.
Ysera: was always an autoinclude in the good old control paladin days and I am happy to play her again. Her end of turn trigger + body stats are great in combination with Duel! or Prismatic Lens discount
Big Bad Archmage: He survives most of the Duels! and needs to be answered asap or you generate too much value. There are hardly any bad 6 drops in the current standard format.
Batterhead  at the first glance this card looks bad but he is a great minion vs aggro/midrange and functions as a board clear. In combination with Lightforged Blessing he can be used as huge life gain.
Shirvallah,the Tiger and Zilliax help to regain life and control the board state. Shirvallah + Prismatic Lens results in a 0 mana Shirvallah early on!
(update: due to the lack of warrior we don'T need to outgirnd dr.boom, not playing her in our list makes our Duel! much more better)
Oondasta: great body + rush, can pull out Shirvallah or Amani War Bear for extra rush minions.
Amani War Bear: only in this decklist because of Oondasta. decent blocker/rush minions, survives most of the Duel! fights and can attack an additional time.

Try it out, sadly it is rly expensive to craft but it  is fun to play and wins :)