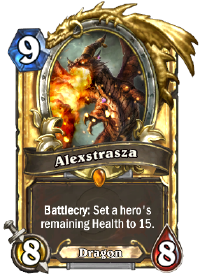 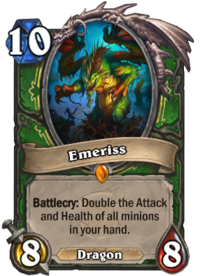 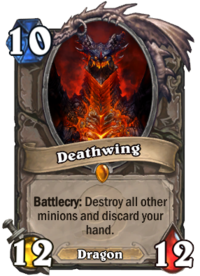 Hello!  On the off chance that you follow me, you'll know that Dragon Hunter has been basically the only deck that I've played since the Witchwood launched.  In fact, I hit legend with it the same week of the launch, so I know a thing or 2 about how to play it.  This is the Dragon Hunter list that I've used to hit rank 3 on only day 6 of the March 2019 season, & I'm still climbing.  I've struggled building a consistent Dragon list due to how diverse the meta is, but with all the odd paladin around, this list feels right.  I'll write a bare bones guide now, but I'll write a much more thorough guide later on & update it as I climb the Standard Ladder this season, but I wanted to get the deck on here for others try look at.

What you're doing here is using your minions to control the board.  Despite the fact that you're playing as a hunter, this isn't a face deck.  Focus on board control, using Candleshots, Rush from Shaw, Scaleworms, Scorchers, Zilliax, ect. Ideally you go toe to toe on the board, while pushing incremental damage with your hero power until you can drop big bombs with Emeriss.  If you've seen my other Dragon Hunter decks, you know that this contains the powerful game winning combo of Emeriss into Leeroy Jenkins & Faceless Manipulator for 24 points of burst.  This almost always wins the game, as your hero power has ideally kept your opponent down to below 25 health for the game.  Because of this combo, the way you play the deck can be flexible, you can focus on pushing tempo or playing control, knowing that you always have that burst if you need it.  You have access to two copies of Tracking as well as two copies of Stitched Tracker, so you can pull it off at an alarmingly consistent rate.  Alexstrasza is included here (and I would say that she is core) for games against Warrior and Priest, where you aren't really getting their life total down but need to combo them off to win, Alex can just set them down to exactly where you want them.

The mulligan here is pretty straight forward, you're always keeping Fire Fly, Candleshot, Tar Creeper, & Rexxar.  If you suspect that your opponent is playing something heavy, like Odd Warrior, Cloning Gallery Priest, Malygos Druid (yes, they still exist) look for Emeriss.  She is absolutely key to winning those matches.

Spellbreaker: Not too much to say about this one, Silence is good to have.

Gluttonous Ooze: There are still a fair amount of Cubelocks on the ladder, as well as Odd Warrior (you're looking to destroy Super Collider) and of course, Odd Paladin's Vine Cleaver.

Hunter's Mark: I actually consider this a tech card for this deck, if you find yourself running into more odd paladin and zoo, feel free to cut 1 copy or 2 and mix your early game a bit more (Prince Keleseth & Stonehill Defender are what come to mind off the bat).

These are cards that aren't in this current list, but cards that I would add depending on what the metagame is looking like for where I'm at on the ladder.

King Krush: I usually have a copy of Krush in here, but because I'm running Deathwing in this current iteration, Krush felt a bit too heavy.  I usually save him as a back up in the event I don't have access to Faceless & Leeroy, but have them down low, 16 points of burst is still incredible.  I would add Krush in if I was seeing a lot more control, and would probably cut 1 Fire Fly to add him.

Skulking Geist: If Druid finds themselves taking another big step into the spotlight, then Geist will certainly make a return.  Odd Warrior is still semi popular, so Geist isn't a bad inclusion just for that, as destroying their omega assemblies/shield slams can just auto win the game.

Mojomaster Zihi: Back when Mecha'Thun was really popular for those few weeks, I ran Zihi in all of my decks, but I haven't seen a hint of the Mechanical Old One in a bit, so Zihi is out.  If you're seeing Mecha'Thun druid, Geist is better as it get's their naturalizes and biology projects, which I noticed some players started holding onto when Zihi was getting tech'd in, but if it's Mecha'Thun Warlock, Zihi is the go to.

Candleshot: 1 mana 1/3 weapon that allows you to ping without taking damage.  Just really good for early board control, and of course, is the part of the Hunter's Mark combo where you take down a big minion injury free.

Fire Fly: Just an excellent 1 drop for competing for early board control.  Since we don't have any 2 drop minions, it servers as an excellent 2 drop as well.

Tracking: 1 mana draw 3 is just gross, helps you dig to your combo, a dragon, or of course, Rexxar.

Hunter's Mark: It's been nerfed twice and is still pretty good.  With Rexxar, Candleshot, Scorchers, and Prim. Drakes, we have a lot of ways to utilize it.

Gluttonous Ooze: See above, but there are still a lot of classes that run powerful weapons that we don't want them getting as minimal value as possible.  As good as this deck is, no deck can beat a Warlock with an Active Skull, so this should always stay in your list.

Tar Creeper: Just an outstanding anti-aggro minion, can save you by itself if your opponent has a perfect opening curve.  I'm going to miss it so much come rotation.

Scaleworm: A criminally underrated 4 drop, a 5/4 with rush (we almost always have a dragon in hand at this point) is just plain good.  Trades with Tar Creepers, Chain Gangs, Vicious Fledglings, Hench Clan Thug, Zilliax, etc.

Spellbreaker: You should always have access to silence, so we run 1 copy here.

Dragonmaw Scorcher: With Odd Paladin still be grossly popular, Scorcher is outstandingly good.  It also nicely softens up the board for rexxar to finish everyone off the next turn.

Faceless Manipulator: As stated above, this is meant for your Emeriss/Leeroy combo, but don't hesitate to use if the time calls for it.

Leeroy Jenkins: As stated above, this is part of your game winning combo, but can be used for emergency minion removal.

Zilliax: Almost every deck in the game should be running this card, it's just great.  Really helps you get into the midgame/late game ahead.

Crowd Roaster: Heavy removal, pairs really nice with Shaw (if Shaw is on board) as it allows you to take down 2 giant things for 7 mana.

Alexstrasza: Alex can set you up for the combo win, rescue you from low health, she's versatile.  Her main purpose here is to be on the offensive side, but she's saved me countless times defensively too.

Deathwing: Deathwing is good, actually!  At least he is here.  I have him here because Wall Priest is a deck, evenlock is a deck, so many decks with Big Minions exist.  I've also found that playing Deathwing with an active Rexxar means we don't care if we throw our hand away because we can just build gigantic Zombeasts to back him up.  Deathwing has hard carried me in a handful of games, it feels great getting some use out of him again.

Emeriss: Your win condition.  Pump up your Leeroy combo, or a bunch of Zombeasts, or a bunch of minions you just didn't get to play yet.  While your opponent has to worry about what you have in your hand, they already have to spend what removal they have on the 8/8 Dragon you just played.  Emeriss is one of my favorite cards ever, and I'm proud to have made Dragon Hunter a legitimate (if fringe) deck built off her Wings.

This is an expensive deck, and there are some expensive minons that you might not have!  I'll cover the obovious ones here, but feel free to ask below about other ones that I didn't mention.

Houndmaster Shaw: Shaw feels really important in this deck as he helps maintain board control, but if you don't have him, I would recommend Stonehill Defender or Flanking Strike.

Zilliax: Seriously, if you don't have Zilliax, go craft it.  But if you really can't,  I would probably just stick with Flanking Strike.  Fungalmancer or Cobalt Scalebane would be interesting 5 drops to try, mainly because they can turn Fireflies that are drawn late into a threat.

Deathwing: Turns out that a legendary that doesn't see a lot of play doesn't end up in a lot of people's collections.  I would replace Deathwing with King Krush or The Lich King.  If you don't have either of those, I would add in some more early/mid game, so again, Flanking Strike, Stonehill Defender, something like that.

I'll return and update this portion as I get time.  If there is an archetype on here that I haven't covered and you would like to see, let me know!  I hope you give this deck a try!  I'll reply to all questions/suggestions below, so feel free to post away! 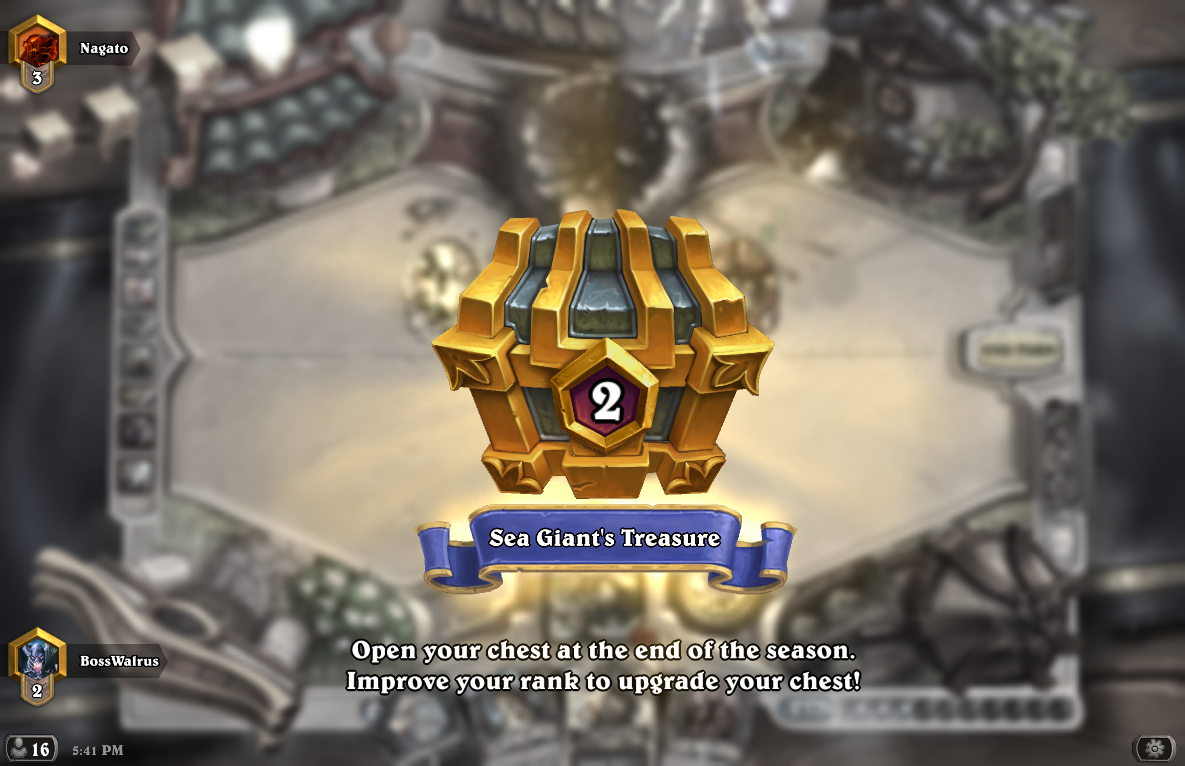