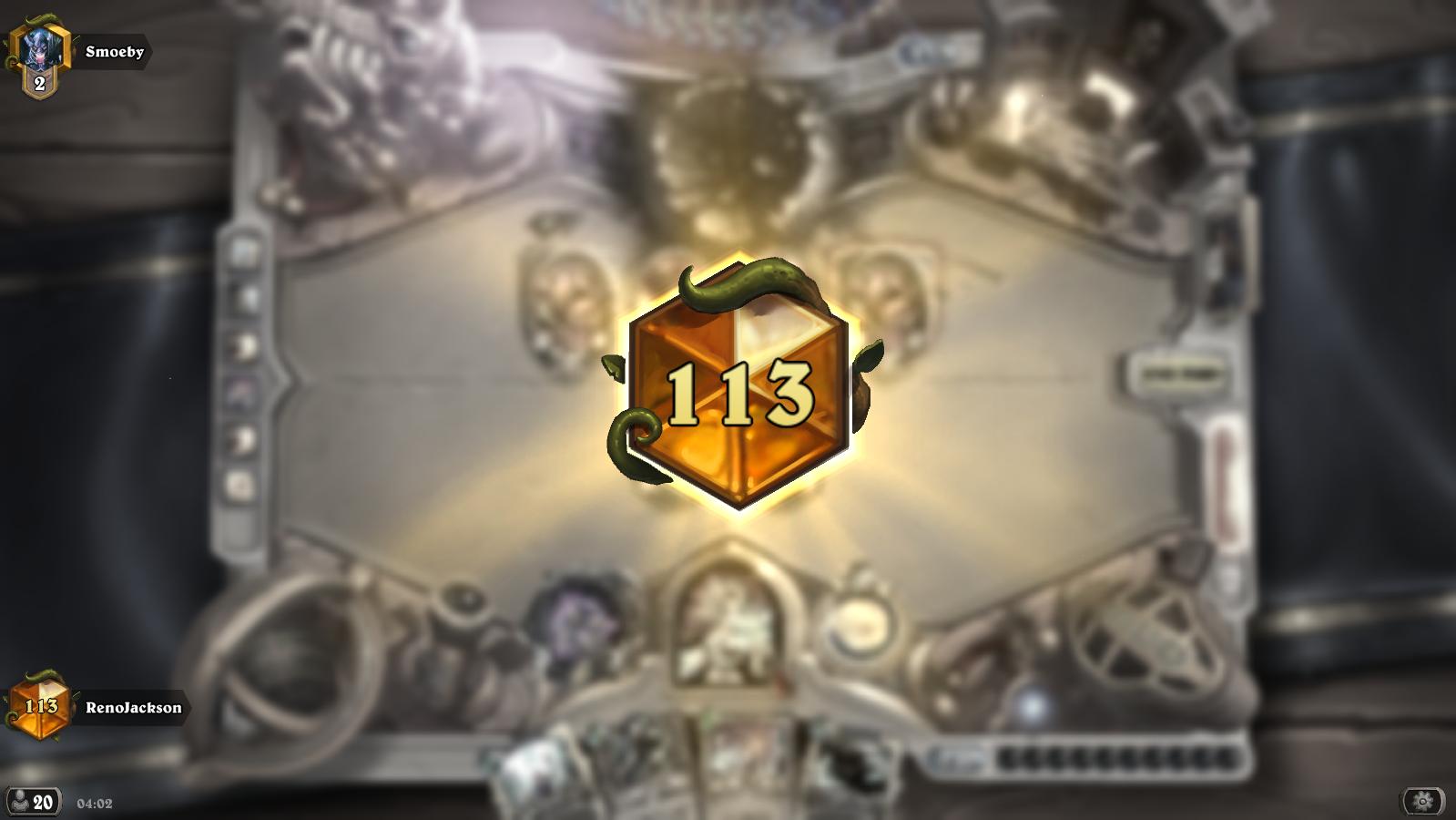 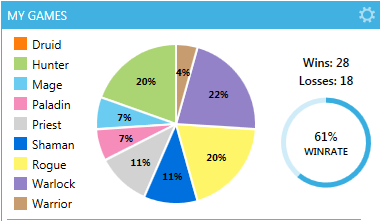 Emperor Thaurissan: This deck DOES NOT require you to set up an OTK to win, but the good Emperor here allows you to do so. It's weird to have a card like this in an aggro deck, but remember, this deck is not really a board based aggro deck, it's more a burn-combo deck! With Ice Blocks on, you can often reliably set up at least 20 damage from hand with an Emperor tick.

Cosmic Anomaly: Another piece of the combo, crucial against decks that you need to burn down from 30. Otherwise an Evolved Kobold with good stats.

Sorcerer's Apprentice: Another great card to have on hand when you need to mass draw or throw multiple spells in one turn. Goes well with Frost Nova when you are sure it sticks on board so you can play multiple cards the following turn.

Frost Nova/Doomsayer: Main stabilizing tool against board based aggro. Not often you'll be able to fight for board against these decks, so what you want is stabilization and buying more time into burn spells to throw at face.

Research Project: A Coldlight Oracle that synergizes with Apprentice, and cheaper as well! 'Cheapness' is really needed here as you try to burn your opponent down as early as you can.

Explosive Rune: Just a powerful secret. If you think it messes with your chance of pulling Ice Block, replace with Stargazer Luna.

Stargazer Luna/Coldlight Oracle/Jeeves: These are very good card draw engines! I feel that with Aluneth and a bunch of other draws, we don't need THAT many draws, but you can play them in Explosive Rune's slot, or even as replacement for Aluneth! A weakness of Aluneth in this deck is that you're stuck with other card draws on your hand like Arcane Intellect and Research Project, so some of your burn cards might really GET BURNED before they should lol. So it might actually be intuitive to cut Aluneth if you're going for more card draws.

Novice Engineer/Azure Drake: Unlike the two above, these are just TOO EXTRA. Novice Engineer does the same thing Loot Hoarder does, so they are interchangeable. You play or another, but don't play both. A good thing about Engineer is that you can draw into the cards you want immediately, so you might like this card more. But Azure Drake is just TOO DAMN SLOW. It's a 5 mana card draw with a body. What do we do with that body if it's just going to die anyway?

Arcane Missiles/Cinderstorm: This deck already had wayyy too much damage so it's doubtful whether it needs more damage, especially ones of random nature like this. However, they're good against decks like Rogue and Paladin, so you might sacrifice Explosive Runes for one copy of these.

Loatheb/Mojomaster Zihi: Good control killer... but wait! Isn't this deck already a control killer? Loatheb and Zihi are usually used to lock down a board so it can go face again, but this deck doesn't usually have a board. It just throws stuff at your opponent's face! This deck wins versus control more often than enough so you don't need to worry about it.

You have two ways of approaching the game, by throwing spells turns after turns to reduce their health total and close out the game by around turn 6, OR by saving up pieces for a built-in OTK. Depending your opponent's deck and the opening hand you're offered, you will play out the games very differently.

You need to get on board very early, which can be done by Doomsayer + Frost Nova and by Mad Scientist + Medivh's Valet with secrets up. Try not to throw Doomsayer down too early and be a little greedy with your Doomsayer so it soaks as much damage as possible. Don't worry about playing Research Project early if you haven't got Doom and Nova, you gotta draw into them! But don't play symmetrical draw effects if you already got them, you might draw him into stuffs like Silence!

Always ask yourself questions: IN HOW MANY TURN CAN HE KILL ME THROUGH ICE BLOCKS? WHAT ARE THE WAYS TO KILL HIM WITHIN THE POTENTIAL TURNS I HAVE? HOW DO I SOAK UP AS MUCH DAMAGE AS POSSIBLE? Start throwing spells at his face as soon as you know you won't be able to fight for board anymore, and time your Doomsayer when it soaks up ENOUGH damage and/or PREVENT lethal and/or PUT HIM IN A POSITION WHERE HE NEEDS TO PROC THE BLOCK AND BE LEFT WITH NO DAMAGE POTENTIALLY OR LOSE BOARD. Throw every minions you have after a successful Doom clear, and try to get them to all go face! Every damage matters!

Same applies to Mad Scientist/Medivh's Valet gameplan. As soon as you start getting on board, GO FACE unless you absolutely have to trade to prevent huge potential damage (for example, on Flametongue or Warleader). The more damage you chip in, the less you will have to burn him.

You have up to 4 freezing effects, so you can choose to Ice Lance his face which does no damage if it potentially prevents a lot of damage. Try your best to not use Frostbolton minions, you want to freeze his face! Research Project can create a sneaky lethal after Myra. Otherwise try to minimize damage. This is a matchup where you can Doomsayer turn 2 into only 1 Rogue minion, because the Rogue can put damage on board very quickly.

The gameplan really changes depending on the hand you're offered. You can try to go for an OTK if you have Emperor and Aluneth early, BUT you DON'T need to keep cards for the combo, unless your opponent can consistently heal up (example: Early Obsidian Statue). Cards like Forgotten Torch are expendable, you want to get Roaring Torch. Remember, this deck has enough damage to do 30 TWICE (after Emperor Tick, Anomaly + Forgotten Torch + Fireball + Frost Bolt + Ice Lance x2 is already 30), so just throw spells at them to make sure they feel pressured to use healing WHILE make sure you have enough damage to burn from 30. If you don't pressure them, they will just start developing stuffs and might be able to pressure you. Against Warlock, you only really worry about Mal'ganis, so get rid of him as soon as you can. And of course, Reno, if he's Renolock. Reno Mage is the most tricky, you need to get through his Ice Block using THE LEAST BURN you need, in case you need to burn him from 30 all over again. When play Aluneth, you will expect to burn a few cards yourself, but it's the fastest way to potentially burn them down in a few turns.

Realistically, Aluneth is the only chance you have. you need every thing to align to win this matchup: early minion pressure, turn 6 Aluneth, throw a bunch of stuffs at their faces and not burn any burn cards. I've won games before, but your damage management has to be spot on.

You can catch all the action here on my Twitch:

Here are videos of the deck played by KiwiNBacon and TommyWave: