Primary way to pull off the combo:

Secondary way to pull off the combo:

You thought, there will be no more broken infinite combo decks after the recent nerfs? Well, oops! Meet Da Undatakah! The taunt minion, which cannot leave the board. Whenever it dies, it shuffles into your deck and immediately gets back with full health. Let me explain:

The card 'Immortal Prelate' says: "Deathrattle: Shuffle this into your deck. It keeps any enchantments." Actually, it keeps not just enchantments, but any buff, debuff or any other effect, including acquired deathrattles. Da Undatakah can get a deathrattle from Immortal Prelate, and it will work the same way. The trick is to get this deathrattle + deathrattle to bring Da Undatakah back from the deck. 'Bring back' effect can be achieved from Silver Vanguard or Meat Wagon (but you have to buff Attack value of Da Undatakah to make Meat Wagon's deathrattle work properly). This way, Da Undatakah will become 'immortal'! Just give it Taunt, and enemies will not be able to reach your face anymore.

The main course of the deck is to push the board with decent treats, while slowly go towards the combo (Shudderwock style). But, unlike Shudderwock, combo can be ruined by poor acting much easier. Someone in the comments on the video above says this deck is a "maneuvering nightmare". And it's goddamn true! You should always keep in mind the pool of your dead deathrattle minions. This deck cannot be autopiloted! Also, try to bait out opponents's silences.

Combo consists of only 4 cards (1xImmortal Prelate, 1xSilver Vanguard, Da Undatakah, 1xSunfury Protector). This group can be included in every non-aggressive deck. Any other card from this list is unnecessary.

I tried a number of recipies, this particular deck is 15'th iteration. Currently it lacks protection from burn, so consider including Uther of the Ebon Blade, Flash of Light, Truesilver Champion or even Kobold Monk.

One close cut is Faceless Manipulator. It is one more way around 'wrong order' effect (Undatakahs will pull out one another), and also a protection from 1 silence effect.

You may love one of the following builds:

Are you familiar with 'TTK Shirvallah' deck? With every single control card from Paladin class? Just remove 4 cards, put combo pieces inside, and here you go. You may even keep Shirvallah, the Tiger combo. Just control Immortal Prelate not to ruin Holy Wrath.

Also, you can use Baleful Banker to give another chance for silenced Undatakah.

And don't forget to include Faceless Manipulator!

You can check out a Luchtverfrisser's attempt on this deck: Immovable Object Paladin deck.

Blessing of Kings, Consecration, Spirit of the Tiger, Shirvallah, the Tiger along with some nice buff targets, like Cloakscale Chemist, Half-Time Scavenger, Rusty Recycler and many more. Provides solid 'I have something to play!' feeling.

Soup Vendor! There are a lot of Paladin cards, that restores 3 or more Health at a time (Benevolent Djinn, Paragon of Light, Flash of Light, Lay on Hands, Uther of the Ebon Blade)... Don't forget Zilliax, Lifedrinker, Earthen Ring Farseer. Insane survivability with a very fast cycle for combo pieces.

Including synergy cards like High Priest Thekal, Blackguard,Crystalsmith Kangor & Truesilver Champion probably should make you a scary opponent, even without combo.

Immortal Prelate will remain 2 mana, even while havily buffed with Fungalmancer, Spikeridged Steed and so on. That means it can be brought back by Call to Arms! Just create aggressive deck with a bunch of solid 2-drops.

But be awared, that Da Undatakah combo will not be a main win condition anymore, because it's almost guaranteed to lose 3 Immortal Prelate's before it.

You can check out a Kissmealloveragain's attempt on this: Goblin Bomb OTK deck.

Could be also done in a fancy way using Abomination instead of , and Deathspeaker instead of .

You know what is really satisfying with this deck? Opponents get surprised. Some Taunt Druids and Quest Rogues with full board, saying "Well Played" already. They don't feel Da Undatakah + Sunfury Protector move can stop them. They break the taunt and... it's so funny to see opponents targeting your face in confusion. 'A minion with Taunt is on the way'!

I hope you can enjoy this too, before the synergy becomes well known. Good luck! 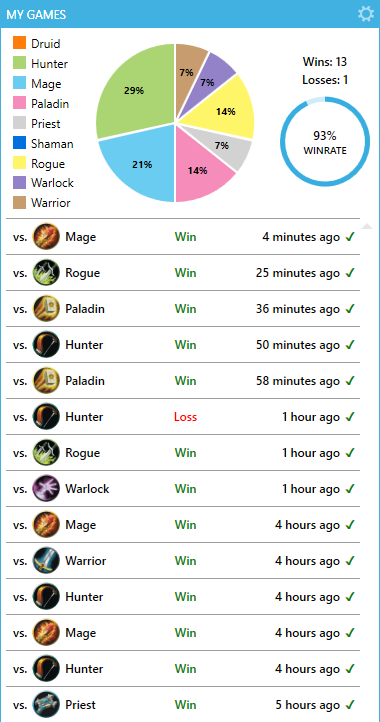 P. S. Do you like unique & wicked decks? Check out my Bomb Priest!