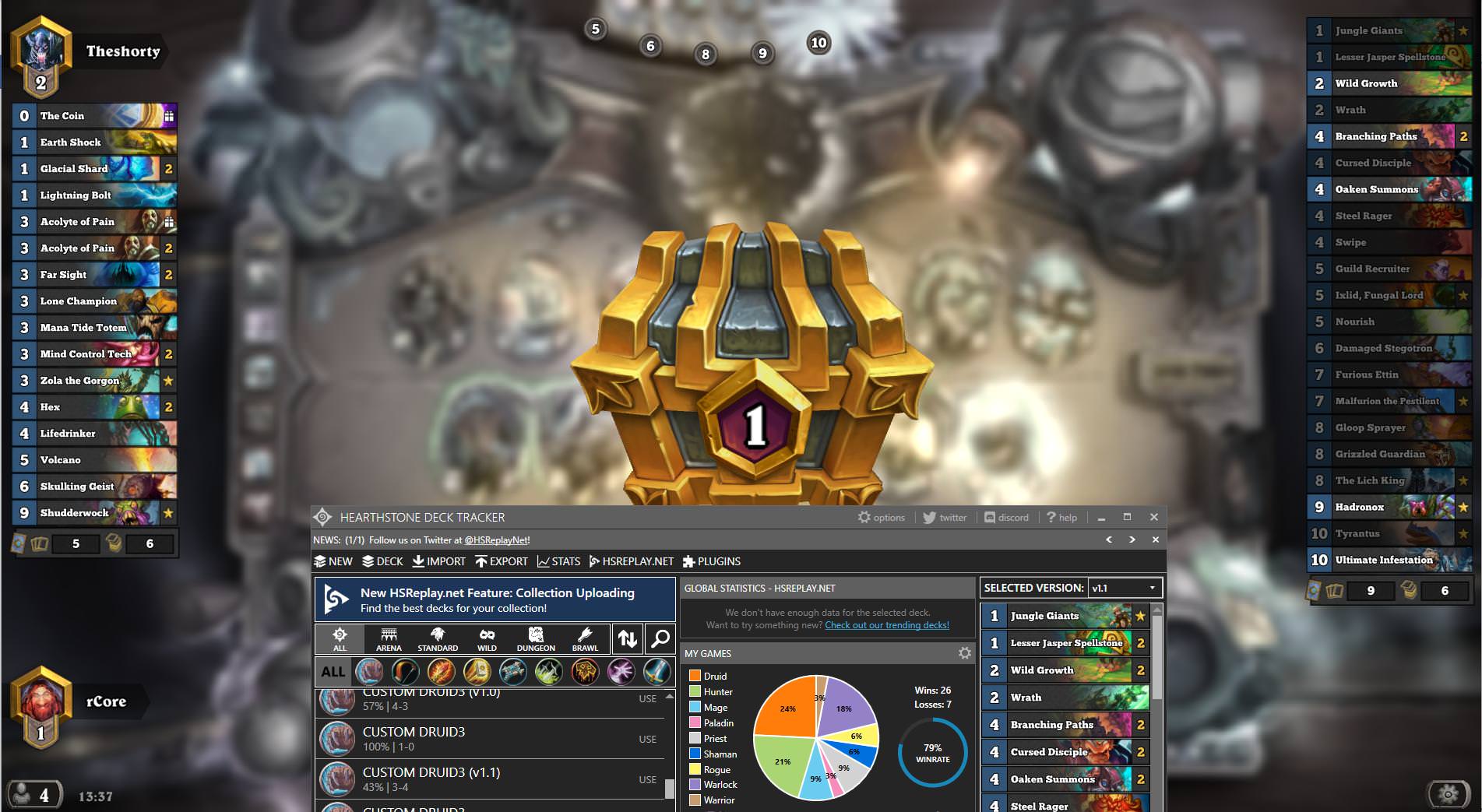 This deck is literally insane in this meta. Does fantastic vs other druids, hunters and all kind of control/combo decks. Stands its ground against odd rogues and even shamans, suffers vs zoo and odd paladin and other hyper aggressive decks.

Top 100 playing exclusively with this deck all season: 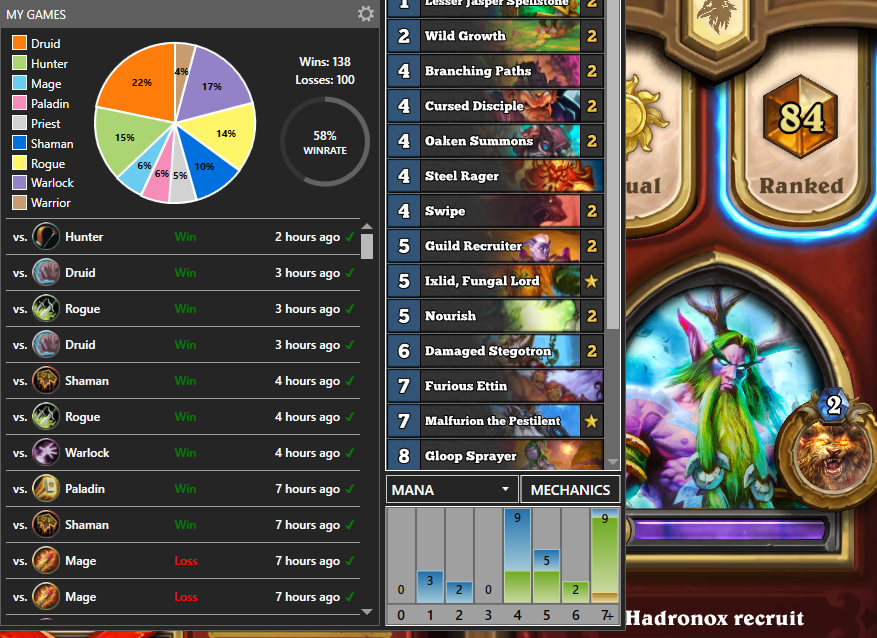 This deck is autopilot basically so there's not much room for guides, some things to consider is that in most match ups holding recruiters after you complete the quest might be useful cause you might need Gloop Sprayer/Ixlid to duplicate Tyrantus(mostly vs druid, warlock and warriors) Hadronox, Lich king, or sometimes taunts to control aggression, and you don't want to recruit them randomly if the game will depend on who outvalues who.

Most games you can just spam the board and pull your entire deck before the opponent realizes and that's the fun part of it.

Mulligan for ramp, Oaken summons and vs aggro keep Jasper. You might keep Nourish vs control as a turn 5 nourish turn 8 Grizzled bear almost completes the quest.

Really well played by iShrubery, made very little mistakes in my opinion.

After watching quite a lot of people playing this deck I have to address some common mistakes I see:

Your goal is to finish the quest ASAP. You should not look for major board control or using nourish to ramp, finish the quest and you'll stabilize and not need mana at all. If you don't finish the quest by turn 8 in average you're not using this deck properly. Another mistake a lot of people make is drawing before completing the quest. Unless you have absolutely no plays incoming that could help you completing the quest, drawing before Barnabus is a mistake. And if you really have to draw, do the minimum. Don't use 2 branching paths card draws if you get an oaken summons on the first draw. Drawing a Malygos or a duplicator will make your life harder.

Another mistake people make is not tempoing Steel ragers properly. You have a charge 5-1 that can help you remove early threats, don't use Oaken summons if you have a Cursed Disciple in hand unless you can benefit of the Steel rager. Also, when you pull from your deck you're reducing the chances of drawing a quest completer next turn, so always use first the one in hand unless you really need Steel Rager.

Control the recruiters. This is probably the hardest part to pilot in this deck and where I see the most mistakes. In games vs aggro decks it's not so relevant, but in some games duplicating the key cards is vital. Also have control over what minions you have left. Using Oaken summons when your last minion is Ixlid can do major plays. Knowing when to duplicate and what to duplicate is also another point to master in this deck. Don't over commit unless you're really safe to do it.