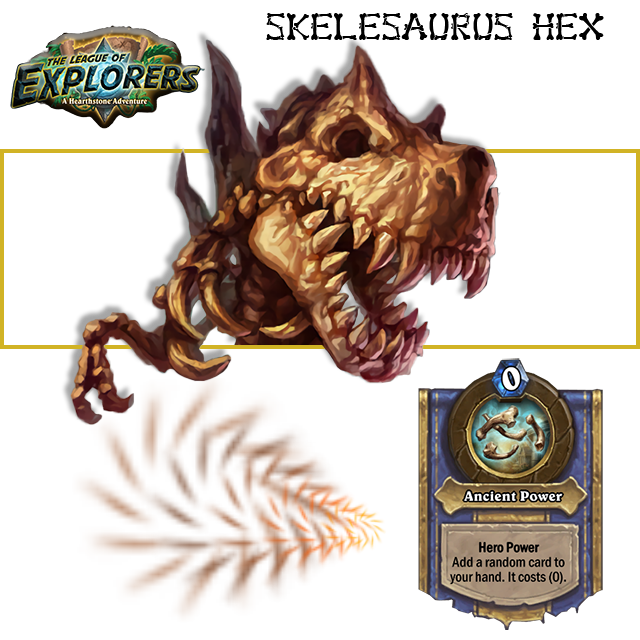 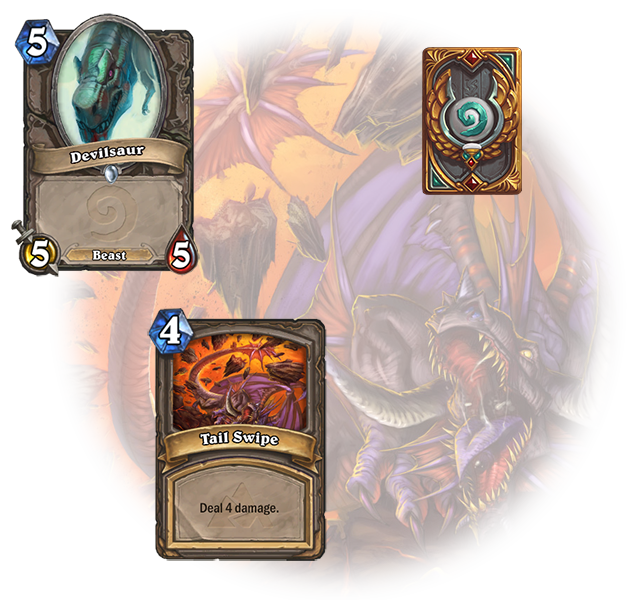 Mulligan Guide: Skelesaurus Hex can overwhelm you before you know it.  I've seen him draw some powerful cards with his Special Power,  Ancient Power, which cost him 0-mana to cast.  I've found the best way to take care of him is with a standard Mill deck, with a few new additions.  The most important card to draw is Coldlight Oracle, and you should hard mulligan for them.

I usually don't bother attacking him or even equipping a weapon due to the Secrets that he uses.  Attack damage won't be how you kill him anyway, but it's completely done with fatigue damage after you have him draw his entire deck.  With the addition of Lab Recruiter to the Mill archetype it's easier than ever to setup the card-killing-combo.  When used with Brann Bronzebeard on the board it's even crazier.

Most of the time his AI will focus on face damage, but it's never a guarantee.  Your Taunt minions should give you a chance to delay the game enough to get everything set up.  Don't be afraid to use your Doomsayers early, so you're able to hold him off even longer.

You don't absolutely need Brann Bronzebeard in order to kill him, but he makes things SO much easier.  With Brann on the board and a depleted deck for Skelesaurus Hex you're able to do 45 damage (after he draws) with only two Coldlight Oracle.  Unless he gained any additional Armor this is exactly enough to kill him.

The Doomsayers definitely help, but aren't absolutely crucial to the deck.  If you had to make a substitution you could look for other cheap Taunts.  I would hang on to the Preparation because sometimes you absolutely have to use a Vanish before you hit turn 6.  If you'd like to try a different approach, you should take a look at the decks listed below.