22 votes in 16 hours!Well lets get straight to the guide then.

I added some replays for people the understand how this should work.

EDIT( 10 / 8 / 2018 ) : I changed -1 Sap , -1 Counterfeit Coin , -1 Coldlight oracle to ---> +1 Vanish , +1 Mistress Of Mixtures , +1 Shadowstep. The reason is , there is a serious amount of aggro decks right now and playing Coldlight Oracle simply just gives them free cards.Instead cards like mistress of mixtures and shadowstep allows you to combo up a little fast and stay alive.Don't even question the second Vanish :p

EDIT(06 / 9 / 2018 ) : Changed 1 mistress to Deathknight card Valeera the Hollow . Since the aggros are a little bit more less in high ranks , its making my win rate get more good.

This deck is a complete Pogo-Hopper deck.So if you guys dont know what is a Pogo-Hopper is its basically a more cancer Jade card.So with this deck what you need to do is stay alive as much as possible to the point where you have enough combo cards or enough cards to at least bother your opponent.

At early game this deck struggles a bit.Because of the lack of early drops and the fear of losing all your pogo hoppers you wont play much minion.That is why we have tech cards like Antique Healbot Brann Bronzebeard and Sonya Shadowdancer . You can use Brann Bronzebeard to heal up yourself for 16 with Antique Healbot or you can use it with Pogo-Hopper to make your Pogo's even more bigger than you can expect.Now to the Sonya , most of you can understand why we have sonya but let me explain it aswell. Sonya Shadowdancer is a card that allows you to replicate your cards when they die.So in early game you can make a cheeky but punishable play by playing some of your core cards.And the turn after you can use sonya to get them to your hand.With this you will have even more combo potential at late game.But never forget its a pretty punishable play and you can even lose the whole game by doing this.

In late game your combo should look like this.Around 8-9 mana you will play brann pogo pogo and lab recruiter.If your hand is a bit bad you can play only one pogo and Shadowcaster to get a 1 mana pogo for more combo potential later.With that combo that i mentioned you will have close to 6 pogos in your deck and a big pogo board. ( a 1/1 if you didn't played earlier and a 5/5 ). After this all you need to do is draw more pogos and play more pogos. Basically just swarm the board with huge minions.

As i mentioned in the second paragraph you can use sonya either in early game to get more combo potential or play him in late game and gain even more and more combo potential. And a quick tip , as far as i can say getting Brann Bronzebeard from Sonya Shadowdancer is giving you the biggest value.Because you can play 4 Pogo-Hoppers with a Brann in late game and even a Shadowcaster to duplicate more.So dont forget that aswell.

Right now the meta is filled with aggro decks and big mech decks.So you want your either draws or tech cards that will save you.As far as i can say :

Against Control Decks ( Warlock Warrior Mage ) : You need your draws such as Elven Minstrel and Coldlight Oracle . Elven Minstrel is so good when you go second because of the turn 3 2 minion draw , but also its your core combo drawer so you need him most of the time. And Coldlight Oracle is the best way to mess with your opponents hand and draw cards at the same time.So its important aswell.

Against Aggro Decks ( Not Mech Based! ) : Right now these decks are not that powerfull , because the mech meta is completely swarming the meta these not mech based decks are pretty weak.But still you need to be careful about them.As a rogue you dont have much abilities to not take any damage but live at the same time.So you need to be careful  use your Fan of Knives and Backstab to weaken your opponent.At early game us your Mistress of Mixtures to heal and use Eviscerate 's to finish the weak minions.Or you can use your hero power aswell. And dont forget , you can always use the Brann , antique Healbot combo that i mentioned earlier to heal yourself for 16.

Against Aggro Decks ( Mech Based ) : To be honest this is your probably worst matchup.There is so much big deathrattle and stated minions so you are most likely struggling. But thats where Sap and Vilespine Slayer comes in.Cards like sap and Vanish is basically a mech destroyer.The reason is they are returning the minions to your opponents hand and they are loosing all the magnetic effects.So that magnetic mech is just getting destroyed when you use sap or vanish.Use your removals carefully, you dont want to die to a 15/20 deathrattle mech when he pops up on the board.

And against both of the aggro's you need your Giggling Inventor . That card is completely crazy i am telling you.

I dont think these cards can be replaced for anything.So if you dont have enough dust to create this deck.Just wait.But if you are desperately wanting to craft this deck i can say take out sonya and use either Gang Up or another Antique Healbot. If you dont have Brann , you can use Antique Healbot to replace him but i am warning you the deck really relies on these legendarys.So it wont be the same.If anyone think better replacement then let me now in the comments.I played this deck for 30 games at most so i dont have that much of knowledge on what to put out or put in.But i will edit this in the time.

By the time i was playing i found something that can lead to victory pretty easily.Try to get a 1 mana giggling inventor guys.And have a brann in your hand , with brann giggling inventor your board is litteraly impossible to pass.If your opponent doesnt have spells to crush your of course.With that you will protect your brann and the potential pogo hoppers you will play.Keep that in mind.

So its basically this!Let me know if you guys want more information on anything.And thanks for trying!

https://hsreplay.net/replay/bWk95p4rkhicESgNtQYyXV -> Against a dude paladin ( odd )

https://hsreplay.net/replay/EcezB2pb3jJpqk35FXqWoW -> Against a mech warrior.

https://hsreplay.net/replay/uwhiyyz7gjCTbXNPz8KK6i -> And i believe this is the dream xD 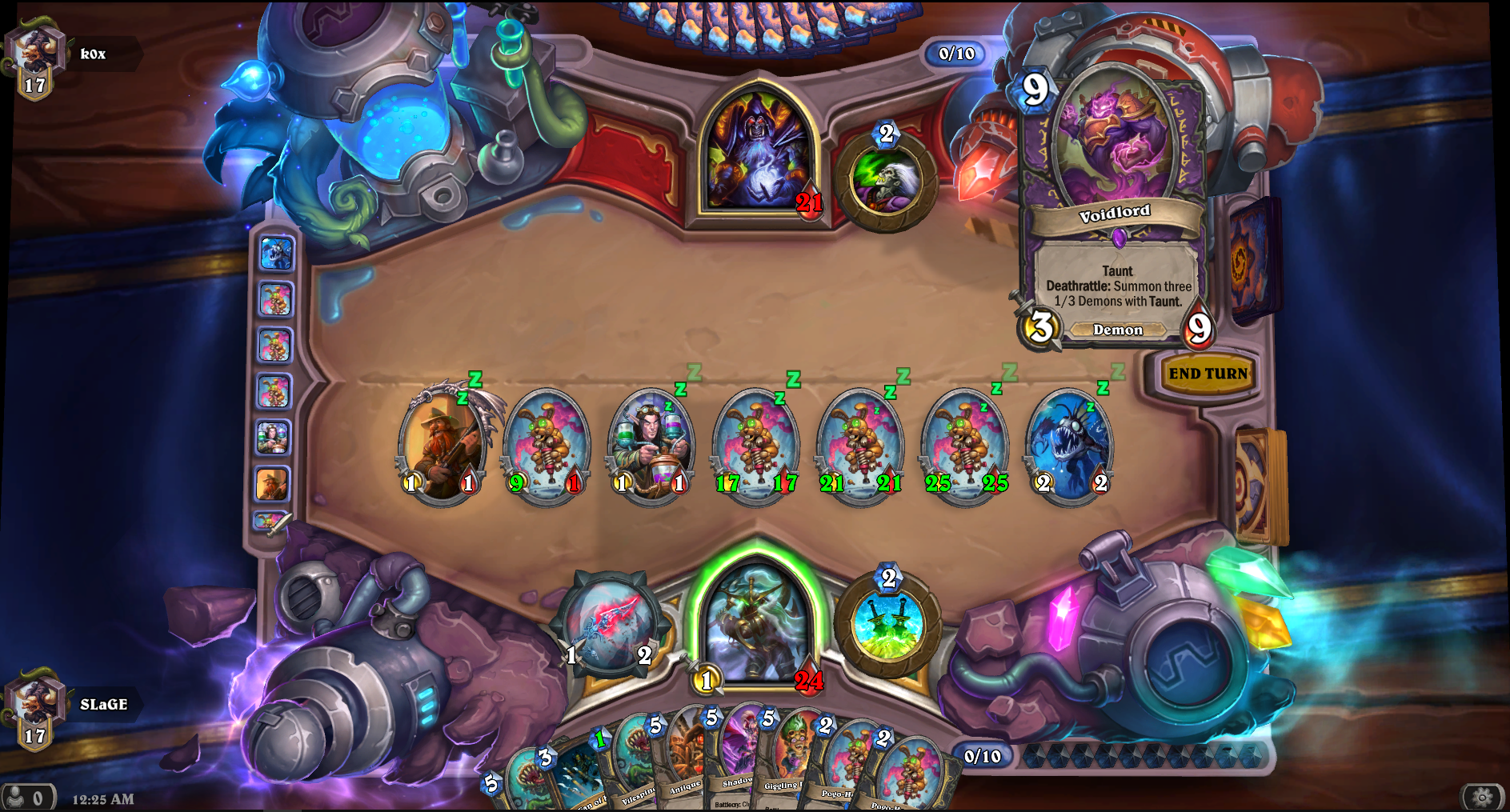 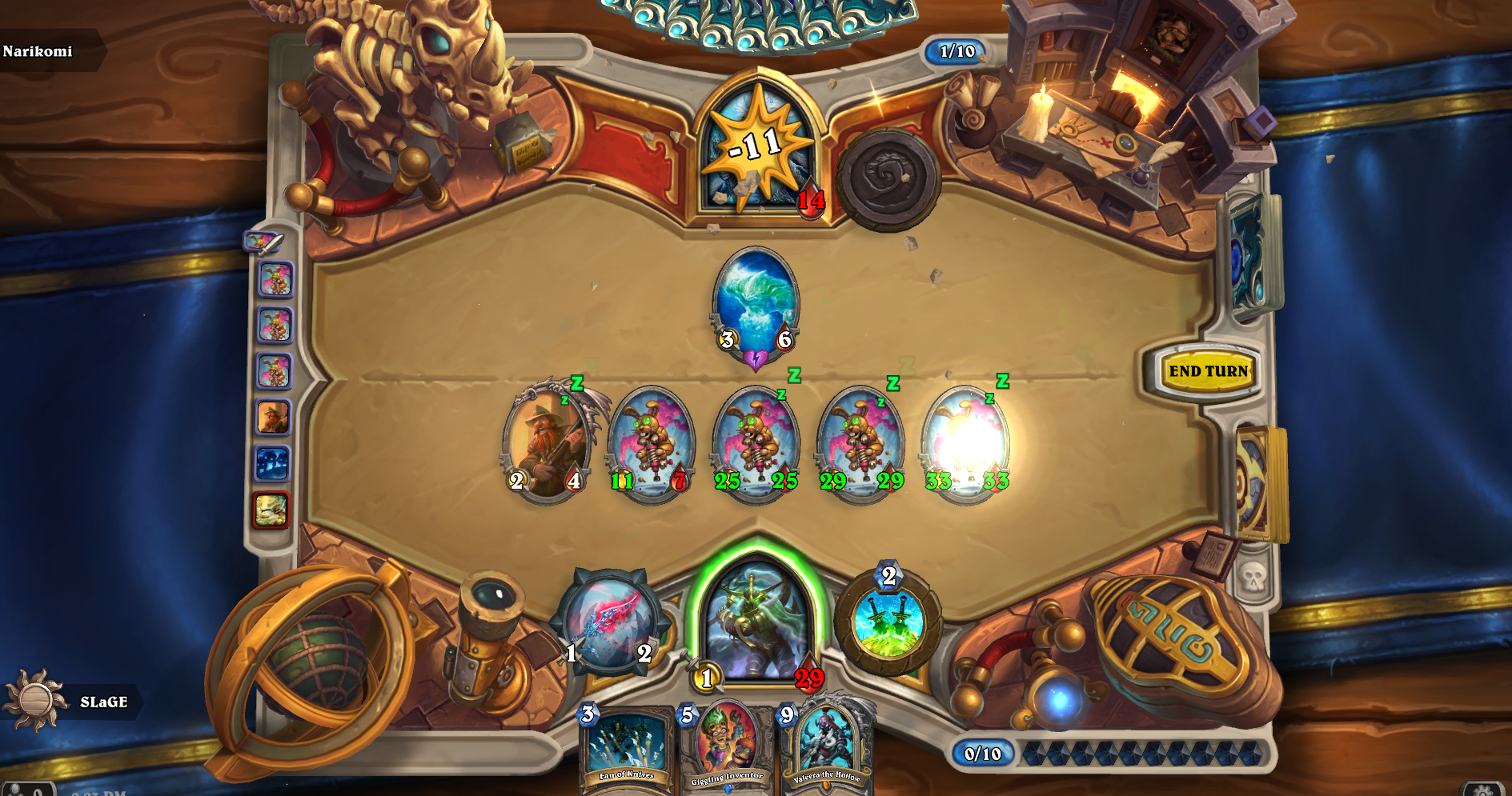