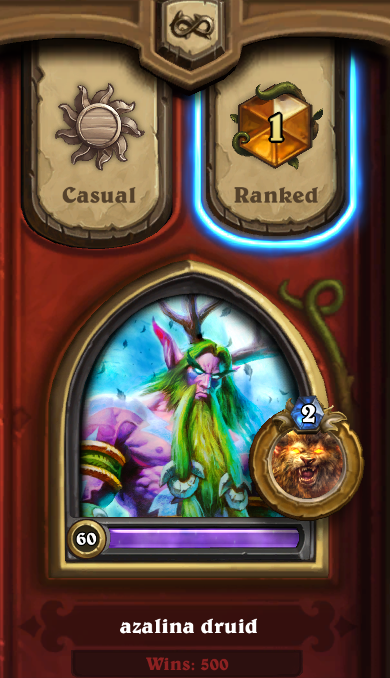 Hey Guys, I'm Kohai and this is my build of Togwaggle Druid that took me to Rank 1 Legend in April, I also defended #1 for 2 weeks and finished #1 with it. This is also the first time for me that I reached #1 without using Rogue so I'm really excited to share you this list. First of all, some stats and proof: 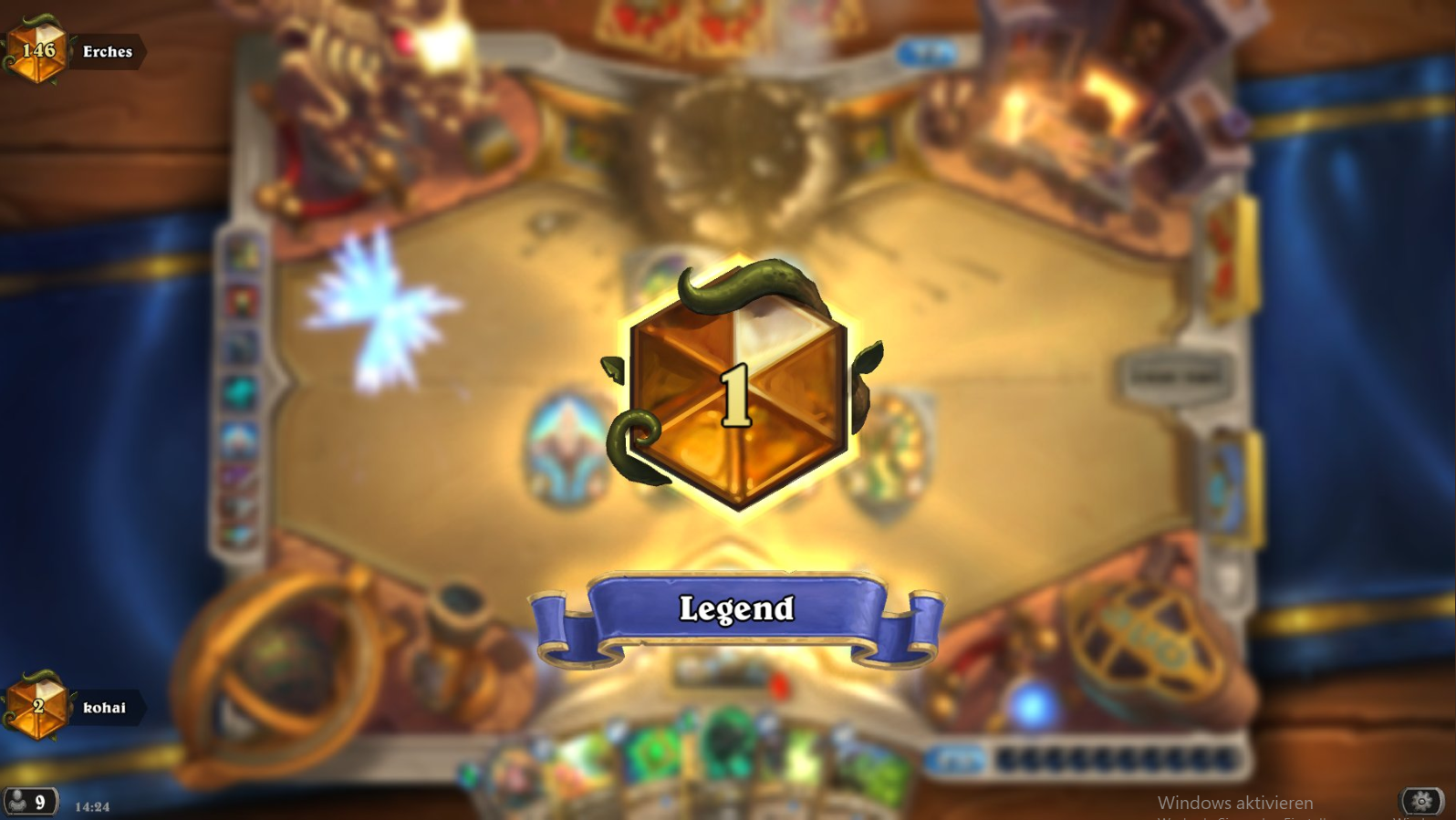 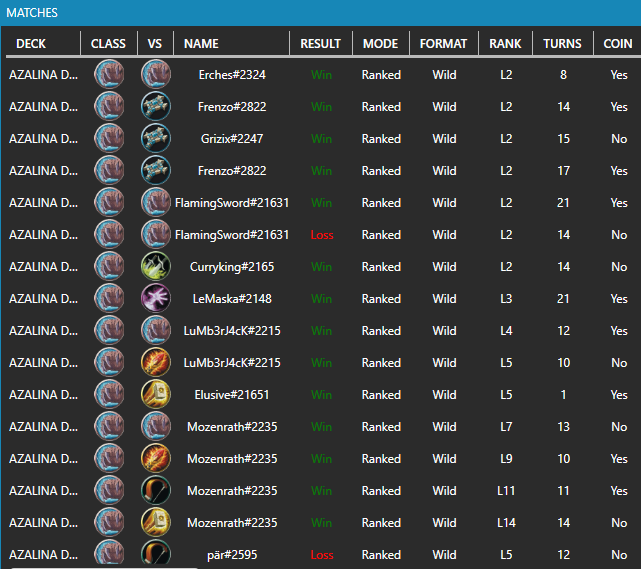 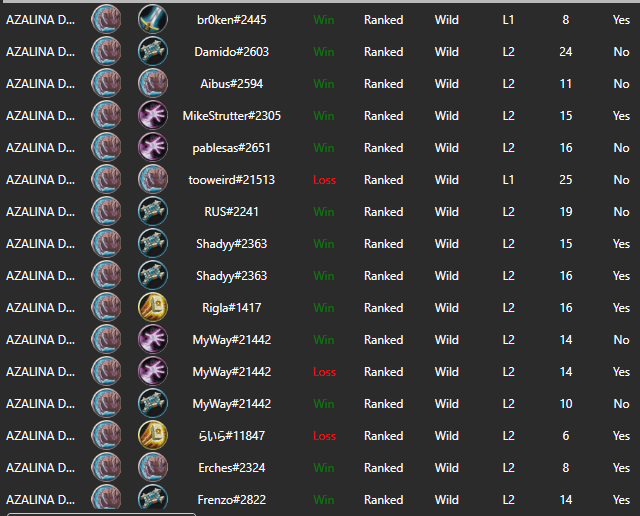 My Ladder finish in April: 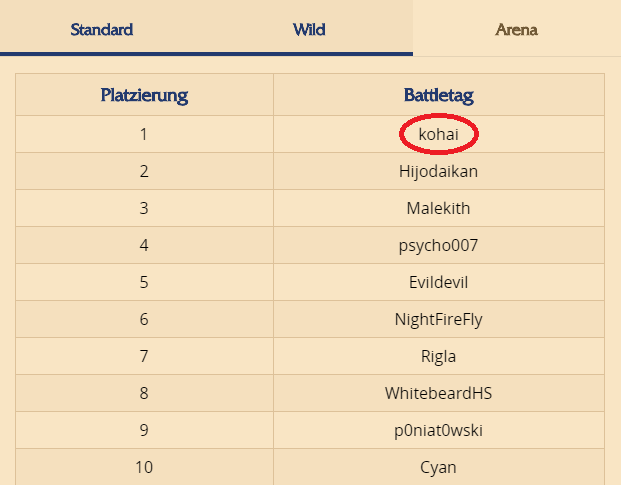 Some history about this deck: The idea of this combo was first published by a player called Amplive who showed his idea before Witchwood was released. (alongside 6 other theorycrafts) http://wildhs.com/7-wild-deck-brews-witchwood/

Obviously the decklist was a bit unrefined but in theory it just sounded too strong so I tried to make it viable right after Witchwood came out. 2 hours after I reached rank 1 legend https://twitter.com/KohaiHS/status/985879226820759553

Now some people try different versions of Togwaggle Druid, just like a Hemet, Jungle Hunter version, which will get you to the combo way earlier. To be honest it doesn't sound bad at all and If I had the dust I would try it as well. It probably makes the deck worse against aggro though. There's also the possibility to include Twig of the World Tree and Blingtron 3000 for 3 reasons:

2) It counters Kingsbane, Skull of the Man'ari and Aluneth, but mainly Kingsbane as you can steal their Kingsbane 100% of the time if you play Blingtron 3000 to destroy their weapon before you play King Togwaggle

3) Better vs Dirty Rat as you have a second Aviana with Twig of the World Tree. Also, Blingtron 3000 can get pulled by Dirty Rat as well.

So the basic idea of this deck is to stall the game, draw and do the following combo once your deck has almost no value anymore:

This will do following things:

3) You steal your opponents hand which means he has to outvalue a deck (opponents deck) without having a deck at all (yours) with the same hand as you have. In theory that's not possible. (only possible with heavy late game synergy win conditions like Kingsbane or Bloodreaver Gul'dan)

The real strength of this deck comes from the powerlevel against aggro, you can say that Togwaggle Druid is basically an Exodia Mage that's really strong against aggro. Sure you don't win on the spot if you do the combo but that makes the deck so hard to play. You need to know your opponents deck well to win games. Hard counters for this deck:

Innervate: Very flexible in this deck, can lead to some earlier and less clunky UI turns. The fact that it can replace Kun the Forgotten King in the combo makes it definitely a staple.

Lesser Jasper Spellstone: This card is easy to upgrade and good hard removal for 1 mana. (comparable to Shield Slam in Control Warrior) You can also use it for just 2 dmg to clear a Mana Wyrm in early game, very flexible card as well.

Wild Growth: I think that one's obvious. If played in early game it's a permanent coin, if played in late game it's another draw. The earlier you can play Ultimate Infestation the better. Curves out perfectly into Oaken Summons.

Ferocious Howl: This card easily replaced Wrath. After Ultimate Infestation is played this basically gives you 2 extra turns. (10 Armor + 1 card draw) It's the definition of a stall card.

Tar Creeper: Probably the weakest card in the deck, but still decent. If it's not pulled from Oaken Summons it can be a 1 mana taunt on combo turn as well.

Branching Paths: This one fits the deck perfectly. Just compare it with Greater Healing Potion. The fact you can draw and go for attack (Spreading Plague) if needed makes this card absolutely insane here. Still, there people out there who cut 1 copy of this.

Oaken Summons: This card is broken, it's on same level as Mad Scientist. Basically 4 mana heal 6, summon an overstatted 4 mana taunt minion and draw a card.

Nourish: Ramp for UI or more draw to get combo earlier, I think that one's clear too. Neat synergy with Ferocious Howl.

Kun the Forgotten King: Not needed for combo

A matchup guide wouldn't make sense for this deck, since it all comes down to certain cards to counter Togwaggle Druid.

Anyway, Togwaggle Druid is favored vs any kind of aggressive deck by nature. That beeing said; there certain aggressive decks that can be harder to beat, (Even Shaman with Devolve and Aggro Paladin with Equality + Consecration) but even those decks are good matchups for this type of deck. (this build in particular, as it is heavily teched vs aggro)

Any slower deck with Bloodreaver Gul'dan is an even matchup

Any deck with Dirty Rat and Deathlord is bad for us

Any decks with Coldlight Oracle, Jade Idol, Naturalize or Kingsbane in it can be rough

Quest Rogue is an autolose

Again, apart from Quest Rogue there's no deck that really beats Togwaggle Druid, it rather comes down to certain tech cards than the actual decks. Decks without any of those cards I mentioned will probably just lose to this deck without having a chance at all, that's how powerful Togwaggle Druid is.

Is this deck better than Malygos Druid?

There different opinions out there but for me it definitely is stronger than its Malygos counterpart. It only has 4 combo pieces which means your Ultimate Infestations will never be dead. Some Malygos lists actually cut 1 Ultimate Infestation for that particular reason. Since Ultimate Infestation is a broken card we would like to play 2 of those, don't we? Also, we can include more anti aggro tools while Malygos Druid needs to fit in stuff like Faceless Manipulator.

Malygos Druid isn't able to do full combo with Innervate

Togwaggle Druid is better vs Aggro

I'm poor, if you have him cut Tar Creeper and include, if you don't it's fine as well. I think other crafts are more important than him though. He is great vs control decks.

If you have any questions ask below!