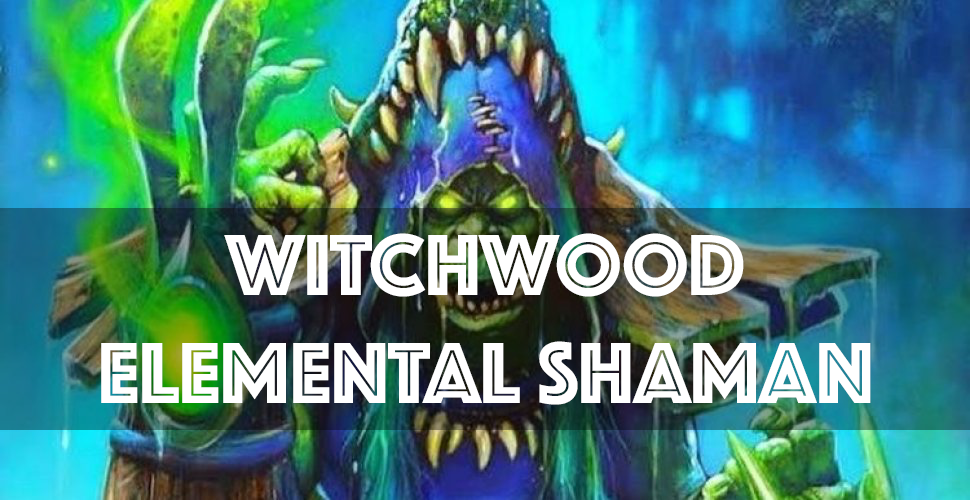 With the launch of Witchwood and the hype around the new Shaman legendary Shudderwock, much emphasis has been on designing decks around it's potential to one turn kill.

However, Shudderwock is not only strong, but may even be stronger, as simply another high value potential win condition in a midrange/control deck.

Less hype has surrounded Hagatha the Witch however she too provides immense value in decks such as this.

This, combined with other new cards available to Shaman in Witchwood, turns Elemental Shaman from a workable but lacklustre midrange deck to a high powered midrange deck that is not only capable of being highly aggressive in the early game but can also act as a control deck with huge late game threats and near endless value generation.

This true strength in this deck is that it is extremely flexible, able to be aggressive or controlling depending on the matchup.

Against aggro you have multiple board clears in Lightning Storm, Volcano, Kalimos, Primal Lord and Hagatha, heal with the potential to generate even more heal later in the game via Servent of Kalimos and Hagatha's random spells.

Against midrange you have one of the strongest early game starts in the current meta in Firefly into Earthen Might that notably results in no loss of card advantage. You can leverage your totems as usual with Flametongue Totem, but new is the high tempo combination of Zap! and Unbound Elemental.

Finally, against control you have both Shudderwock and Hagatha the Witch. The former essentially acts as a value bomb in the late game, usually clearing part or all of the enemy board, possibly dealing some face damage, duplicating itself via the Saronite Chain Gang battlecry and refilling your hand with elementals. You also usually get some kind of beneficial effect from Kalimos.

Hagatha on the other hand means that you pretty much cannot lose card advantage vs control. With the number of minions you can drop even in a single turn whilst still having mana to spare, it's very likely you will draw AoE or removal when you need it, and sometimes burn to end the game or heals to keep you going.

Keep any of Firefly, Earthen Might, Zap!, Unbound Elemental, Hotspring Guardian, Tar Creeper and AoE - you can many options for a strong start

Attempt to out tempo with Firefly, Earthen Might, Zap!, Unbound Elemental

Keep Firefly, Earthen Might for a strong start. Unbound Elemental is less useful as Zap and AoE has fewer targets. Keep single target removal/silence vs Warlock and Priest.