Let me introduce myself: I'm an eSports veteran player and manager from St.-Petersburg, Russia. Mostly focusing on Hearthstone (playing since day one after release) and playing in online cups and local LANs on a regular basis however I never triharded in ranked too much.

If you prefer control-based playstyle and want to perform well on high ranks, this is the deck for you! It has all the tools to absolutely destroy any deck currently popular in ladder (Control & Cube Warlocks, Aggro & Murloc Paladins, Aggro Mages) and perfrorms great against almost every other archetype (except Jade Druids and some unorthodox decks such as Dagger Rogue).

[UPDATE] For the April season I swapped Primordial Drake for Book Wyrm because it gives more value and tempo in the current meta. 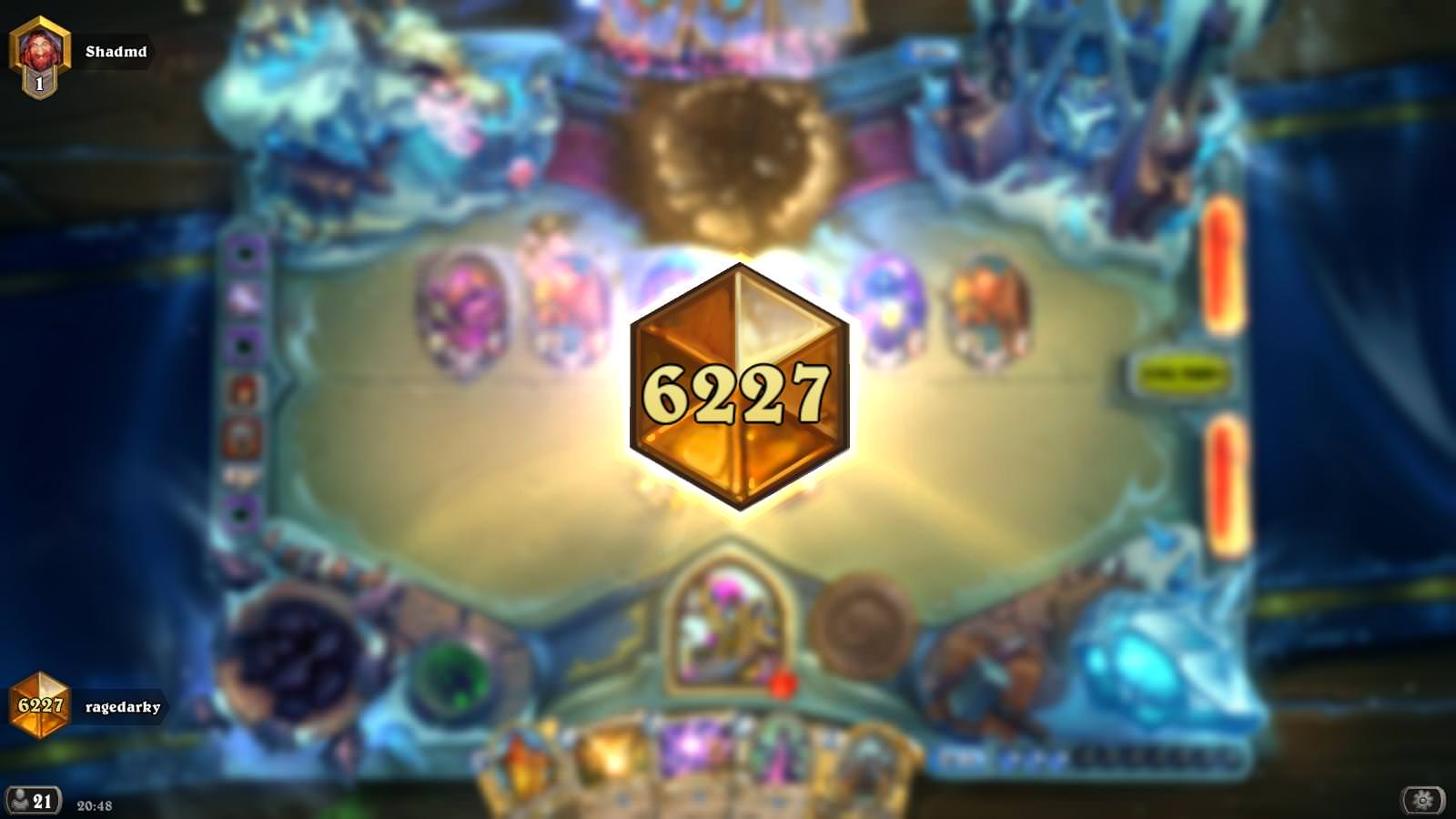 The main idea of this deck is control over the board using numerious options, such as mass-clear with your Pint-Size Potion + Shadow Word: Horror combo, stealing your opponent minions with Cabal Shadow Priest, filling your hand with valuable extra cards provided by Drakonid Operative and Elise the Trailblazer and finishing the late stages of the match (if opponent still didn't concede yet) with Shadowreaper Anduin.

Elise the Trailblazer - late game + some possible awesome cards which can save your life.

Shadow Visions - an ultimate tool to make your deck more variable. You can always get extra draw, removal and even packs with it.

Acidic Swamp Ooze - completely destroys Cube Warlocks and Aggro Mages, also helps a lot against early aggression of Paladin and Hunter decks. Personally I won't suggest removing it from deck or subbing for another weapon-breaking card. Possible subs: Gluttonous Ooze, Harrison Jones (can give you way too much draw, so be careful).

Kabal Songstealer - one silence card is enough for this deck and I think this one fits very well. Possible subs: Curious Glimmerroot (for extra value), Spellbreaker.

I'm not recommending to use Skulking Geist in this deck if only your every opponent isn't Jade Druid. Actually you want your opponent to not use this card aswell because it can disrupt your game-plan.

You can try to tech in Lyra the Sunshard alternatively, however it may be a bit too unstable. If you still want to add her in your deck, you should also add two Priest of the Feast instead of Greater Healing Potion and another tech card, thus relying on healing from additional 1-drop spells from your Shadow Visions.

If you're facing aggro, you should try to get second Northshire Cleric and/or Power Word: Shield and one Duskbreaker asap!

If you're facing control, mulligan hard for one Northshire Cleric and one Netherspite Historian. You can even keep Alexstrasza in starting hand if you got these two cards.

One copy of Shadow Visions is ok in your starting hand against any opponent.

Hunter: I would recommend to keep Shadow Word: Death to counter early Y'Shaarj, Rage Unbound. Duskbreaker is your main counter against 3/3 wolves. Acidic Swamp Ooze can break charged weapon (try to lure him to make a bigger bow before breaking it).

Warlock: You should try to understand what archetype you're facing asap to make proper turns (Cubelock is super easy to counter, Control lock is a bit harder but still easy, Zoolocks are very rare nowadays), Drakonid Operative can help with that often. This particular matchup is where your cards're really shining, because you can easilly disrupt Warlock's game-plan. Turning giants into 2/8, breaking lackeys in Warlock's own cards with Potion of Madness, stealing big demons with Pint-Size Potion + Cabal Shadow Priest or Twilight Acolyte + Cabal Shadow Priest combo, using his own powers against him thanks to Drakonid Operative skills, breaking skull with Acidic Swamp Ooze... You will really enjoy making fun of poor evil guys! Just don't make any stupid mistakes and you'll be fine.

Mage: It's very likely you'll meet aggro-secret mage, so it's all about keeping your face healthy and playing around secrets here. Always try to mulligan for Northshire Cleric, Power Word: Shield, Netherspite Historian and Duskbreaker. One copy of Potion of Madness can help you in removing early wyrms and apprentices. Shadow Visions will be very important aswell because you may need extra healing. Also, if you get Acidic Swamp Ooze in starting hand, don't drop it, as it can be vital for saving your sanity if your opponent will play Aluneth on turn 6.

Paladin: In 99% of cases you'll be facing some kind of braindead aggro so go for your 1-2 mana cards and Duskbreaker. If you have the coin, you can also keep one copy of Shadow Word: Horror. In general, this is a very favourable matchup, just don't let your opponent to refill the board constantly and watch out for Sunkeeper Tarim turn.

Warrior: Warriors are almost non-existing now, but if you'll face any, it will be a Control version, which is quite tricky to play against. You need to get a very early board presence with Northshire Cleric and Netherspite Historian (the only matchup where you may want to consider using this card to discover Temporus) and a perfect mana-curve. I suggest keeping one copy of Shadow Word: Horror if you have the coin, to counter early draw and armor gain for your opponent.

Rogue: Standard package of Northshire Cleric, Power Word: Shield, Netherspite Historian and Duskbreaker, you just need to keep up the tempo. If you feel it's Dagger Rogue (which is a very unfavourable matchup), you may consider keeping Acidic Swamp Ooze and Kabal Songstealer (only with the coin!) in opening hand.

Shaman: Shamans are nowhere to be seen nowadays, but as all their decks are board-dependant, just go for all 1-2 drops and board clears in starting hand. Keep in mind possible evolve/devolve effects and Grumble, Worldshaker.

Druid: Most commonly you'll be facing Jade druid which is your worst matchup as this deck lacks Skulking Geist and big bodies. Your only chance to win is to outtempo him with good mana-curve and mid-range cards. Drakonid Operative can be very useful against such opponent so try hard to get two extra copies of them from your Netherspite Historian and mulligan to get both these cards in your starting hand if you have the coin.

Priest: It's all just about outvalueing your opponent, no matter what archetype you're facing. Always go for early Northshire Cleric, Shadow Visions and dragon synergy. Your main target is to never let your opponent control the board and you'll be ok.