Hey guys, so my release schedule was supposed to be somewhat different but due to requests and popular demand, the remainder of this month will be dedicated to BIG DECKS starting with the Woecleaver warrior. Unfortunately, since the recruit mechanic was just released in Kobolds & Catacombs, Wild cannot offer too much alternative support in terms of how the deck is built. However, there is a wider range of large minions available to recruit from in our favorite format, as well as a decent array of anti-aggro options more prevalent then their current standard counterparts. In terms of big minions, I have chosen to go with the Dragon Package due to board reload potential post Deathwing, Dragonlord. That being said, further secrets of the deck will be divulged below so please do enjoy! ^^

If you're a fan of Control Warrior in general and have played more than your fair share of it in the past then you'll be able to transition to Big Warrior very easily. Although, please do keep in mind that going into fatigue is not really viable due to the lack of Justicar Trueheart that really doesn't synergise with the deck all too well.

Now, as tempting as it is to spend all your removal options on dealing with whatever threat has been put into play by your opponent, it can often be of merit to hold some of it in reserve. Be brave and tank some damage, and then proceed to clear the board right before you initiate your swing turns by virtue of Gather Your Party, to name one for example. That being said, be very mindful of how close you are to taking critical damage (Combo decks are still very much a thing afterall), and avoid being too greedy i.e. overextending your life total as a resource.

In slower control-oriented match-ups be extremely wary of putting too many of your minions into play all at once. Having a significant amount of pressure on the board early is your major advantage with Recruit Warrior, but once it's gone it's very hard to get back into a match (even with the Dead Man's Hand reload potential offered by this list). 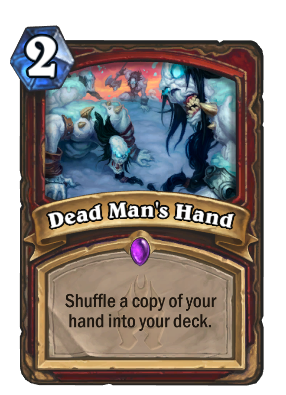 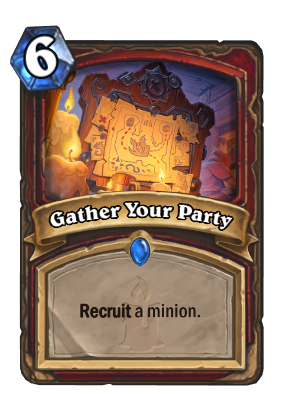 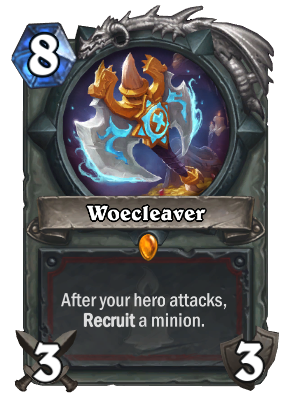 1) Warpath: This slot was previously occupied by Revenge that was vastly superior to Whirlwind when it comes to dealing with aggro match-ups. But then came along this echo spell that just completely blow other removal out of the water.

2) Unidentified Shield: We need Armor Gain and since this deck cannot run Justicar Trueheart since we do not get the battlecry if we potentially recruit her from our deck, the new card alongside Shield Block is the next best thing for defensive heaving bursts of armor.

3) Dead Man's Hand: Great for placing large minions back into our deck, ensuring that our recruit mechanics will be viable in the latter stages of the game in case we end up drawing most of our large minions early.

4) The Boomship: Definitely a luxury of a card but the powerspike that it provides is just off the charts. Definitely recommended for the list. 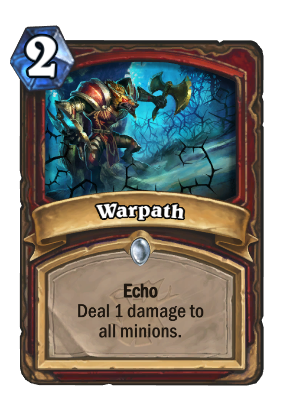 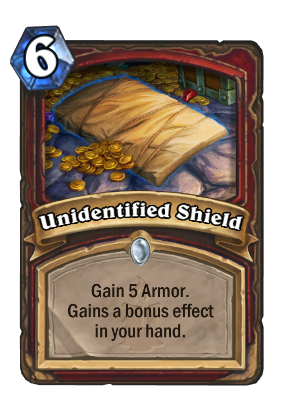 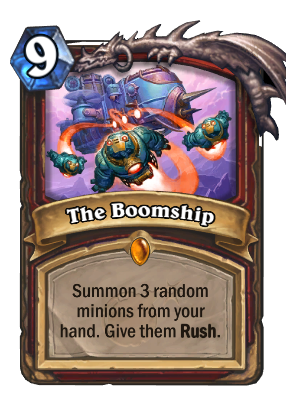 Aggro: In order to deal with the early onslaught of damage, you will need to fish for your weapons (potentially keep Forge of Souls), Warpath and Sleep with the Fishes assuming of course that you have an enabler for the latter.

Control: You can and should play things a lot slower in this case. Always keep [deck]Forge of Souls[/deck] and be seriously tempted to hold onto Gather Your Party as it will make the transition from the mid to late-game so much smoother.

It is my general opinion that the majority of slots in this list are not all that flexible. However, as with any deck there is always some leeway. In Big Warrior, the leeway mostly revolves around the top-end minions and/or cards. Keeping this in mind, I believe that in the eventuality that you don't own the following cards~ 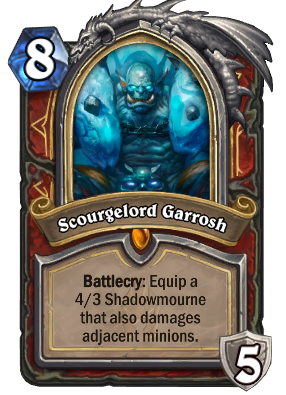 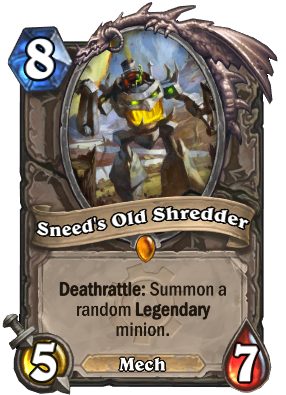 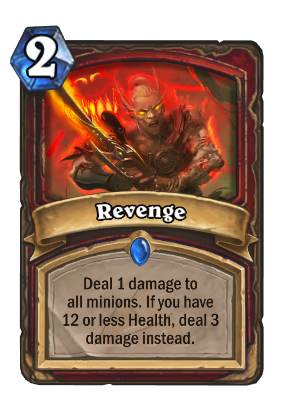 ~ you can potentially replace them with the following: 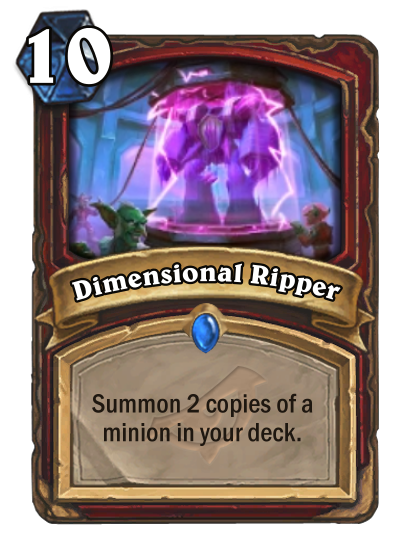 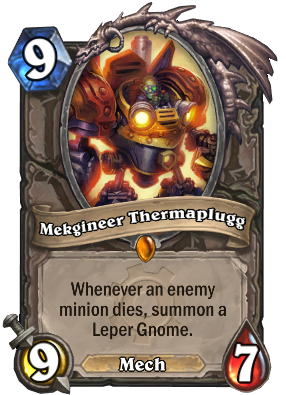 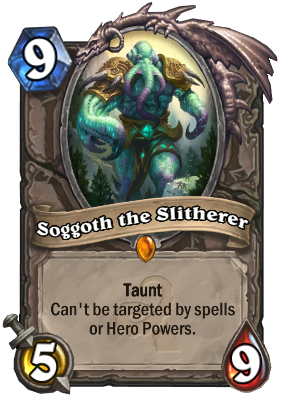 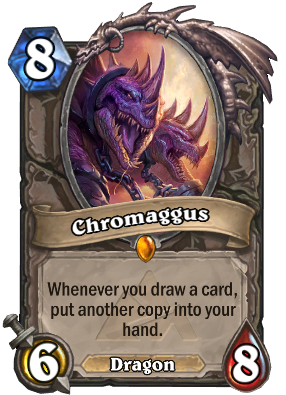 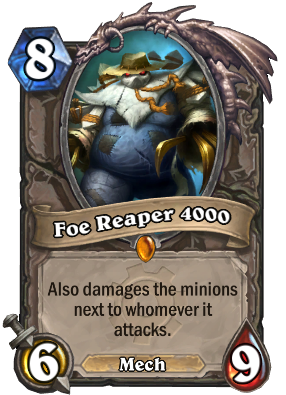 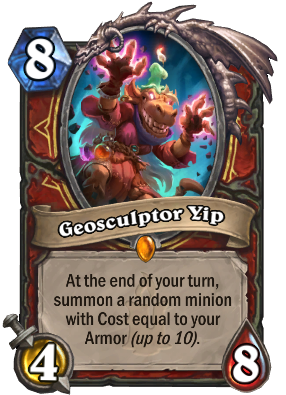 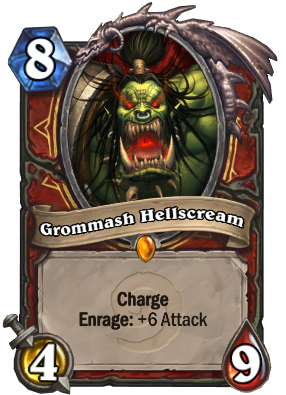 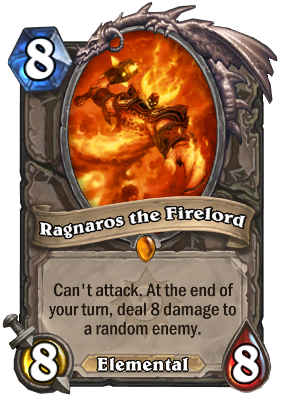 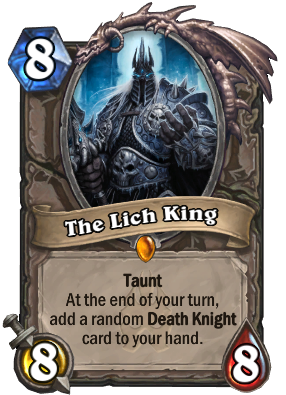 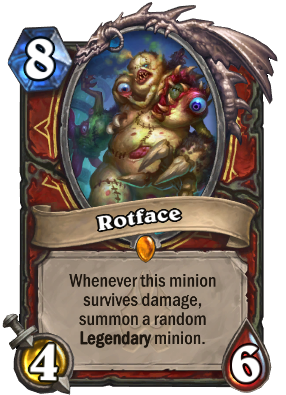 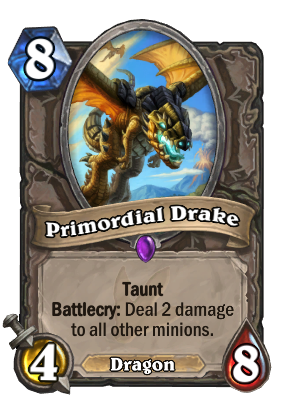 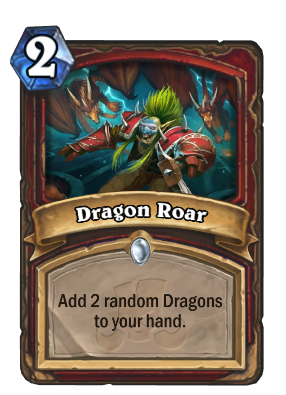 As is evidenced by our selection above, when it comes to selecting large minions or potential replacements you want to go for those that have either dragon synergy are relevant due to an effect that isn't a battlecry which of course will be wasted if they are recruited from your deck.

Want to Make it to Legend?

The good news with big warrior is that it is a really fun and somewhat competitive deck to play. However, the bad news is that this new warrior archetype really isn't punching very hard in the current wild meta, and so makes for a tough ladder climb.

That being said though, you can still give it a hearty old try and in the eventuality that you get tired and want to play something more fast paced, please try out the deck that got me to Legend in the K&C meta. It is of course an iteration of the Infamous Pirate Warrior but hey, good news, it is a high tier 2 deck now so no-one can rage at you since you are playing it at a time when it is retro to do so :D.

As I may have mentioned above, I attend to make a series of Big Decks with at least one for each class. Presently, there are not too many but when I have completed them all, this will serve as their directory for your convenience: