My two month holiday is over and now I can back to this guide again.

Get rid of Bonemare and Corridor Creeper and put instead of them one more Twilight Drake, 2x Twilight Acolyte and Harrison Jones

My name is Alexey and I'm a casual legend player since closed beta.

My Battle.net tag on the Europe server is eeealesha#2641, so you can add me and ask me any questions or just spectate some of my games and ask me questions in the real time. I'm trying to add everyone, who wants to learn something.

Also, I'm starting my twitch channel, where I will broadcast educational streams with all explanations. I do that because right now a lot of people Spectate my games and It is hard to  answer and chat with them all at once.

Also in the comment section I'm trying to answer all the questions, but I encourage everyone to read the guide and the whole comments section, before asking the same question again and again. Most popular questions I've already added to the guide.

And this deck is relatively cheap and safe to craft, cost is under 4000 dust and most of epic cards Spiteful Summoner, Grand Archivist and Corridor Creeper you can use in other decks and if they will be nerfed you just get back 100% of your dust.

This deck is not mine. I took it from Xixo's SeatStory Cup decks.

Guys, right now, after a so many editions of this guide, I can proudly said that it is a complete now, but I do believe that I will work more on that guide and update it at least once per couple of days, so keep in touch and follow me on Twitch.

I've got so many feed back from a twitch viewers, so they encouraged me to continue working on the guide even more.

So, I will add more detailed information to an opponent section, especially how to play versus mirror and how to pick a correct cards from Curious Glimmerroot

Stay tuned! Will update it today!

Also, right now on the stream I'm climbing ladder only with this deck! So you can join and witness it. Moreover, after a legend hit I will share all the data I could gather during this endeavour with you, my friends! Thank you a lot!

Most of my opponents were: 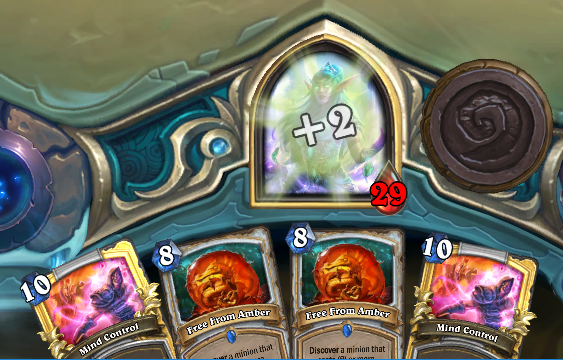 Kabal Talonpriest if on curve

Corridor Creeper if on curve

Grand Archivist actually REMOVES a spell from your deck after a cast, so always try to remember which spell you have already used!

Spiteful Summoner do not repeat my mistake, when I played this card over other cards without any spells in my deck! So, again, keep a track of your spells. If you are already controlling board on turn 5/6 it will give you a huge advantage and just win you a game if you get a decent 8/10 drop

Northshire Cleric is our only card draw in the deck, so better do not waste it without any effect

Shadow Ascendant is a great tempo card, but always play it only when you have something on the board already

Netherspite Historian play it always over other 2 drops. Helps you to adjust your dragon pool to beat a specific opponent..It will give you a dragon for other dragon's effect. The big question is what to choose? If it is a control opponent choose late game dragons, if it is an aggro choose Duskbreaker or Primordial Drake

Tar Creeper 1/5 taunt nowadays can not stop aggro pressure, so only good after Kabal Talonpriest buff

Corridor Creeper always calculate price of this card after your trades, some times is better to lose some small minions in order to play 5/5 on turn 3

Drakonid Operative in my opinion it is the second best card in our deck. From Warlock and Priest you always want to steal DK card. Also try to pick aggressive cards to sneak a lethal where they do not expect it!

Bonemare is a card, which will win you a lot of games. Play only on awake minions (those who are ready to attack current turn) to make the most value from it.

Mind Control is a decent 10-cost spell, which will you win many games versus Warlocks and Big Priests. Play it smart and in most beneficial way. Sometimes obvious target is not the best one. And I do believe that how you use this cards differs a good Priest player from a legendary Priest player.

Free From Amber is a beautiful and powerful 8-cost spell. It's value is unarguable. 10-cost minion for 8-cost spell ? Give me two!

Cobalt Scalebane is one more deadly tempo card, which can change the board situation significantly with it's each turn +3 damage buff, play it smart and calculate next turn damage in order to set up lethal and value trades. Always play it after Drakonid Operative if you have both cards on turn 5.

Curious Glimmerroot the main question with that card, that I was asked during a stream was: "how do I know what to pick?" My answer might be obvious, but still:

Usage of tech cards will always have a negative impact on your overall win rate, but if you somehow sure, that the very next opponent will use secrets or weapons, change Twilight Drake for Eater of Secrets, Spellbreaker or Acidic Swamp Ooze or any other weapon destroying card of your choice.

Also, if you face a lot of aggro you can use Tortollan Shellraiser instead of  Curious Glimmerroot

But I strongly recommend just to play standard version.

If you do not have cards like Curious Glimmerroot or Netherspite Historian substitute them for Acidic Swamp Ooze, Spellbreaker or Faerie Dragon

If you do not have Grand Archivist substitute it for Ysera

In current meta each class is mostly represented by one archetype, especially from rank 5 to 1, where everyone want to achieve legends using the most efficient deck.

Also, the only thing you are scared is AOE, so how to play section is mostly about your opponents possible AOE clears.

Also, there is no concrete information about how to play against , Shamans and Warriors in my guide due to lack of my gathered information and statistics about those classes, but usually it is a free win for you.

The only tip here is to trade hard, focus on the beasts and save your Duskbreaker for Lesser Emerald Spellstone

I have a 100% win rate against Control Warlock. Try to save Mind Control for their demons, so they can not summon them again. It will be a long game, but in the end you will out value any warlock.

Keep in mind turn 4 Hellfire, that means it is always better on turn 4 to have one 4-health minion, rather than two 3-health minion.

On turn 8 Warlock will use Twisting Nether, you can not do much about, just try to have sufficient amount of dmg on the board to set up lethal next turn. It is not a good idea to have more damage than you need to kill you opponent on the board anyway. So always calculate your board damage.

Play passive, sometimes there is situations where you just need to wait couple of turns rather than trading all your minions into Void Lord

Also 100% win rate against all types of Druids. Always keep Spiteful Summoner and Duskbreaker, both cards will help you against two most popular decks: Token and Jade.

I usually play only around Spreading Plague, so try to leave on the board only big minions and trade your small minions before turn 6.

Also 100% win rate against all types of Mages, but mostly it is a Secret Mage. Always save Duskbreaker to kill with one blow 99% of Mage early game minions. Do not forget to heal yourself, even if you think you are safe.

Only anti-tempo card Mages are using is Explosive Runes, but unfortunately it kills almost all of your cards, so for me is always better to save some health over a minion.

Keep in mind that they can get any spell from Primordial Glyph, but mostly they will chose some direct damage cards, over AOE, so always keep an eye on your health.

Mostly represented by aggro or aggro murloc's versions, but for you they are the same. Easy opponent if you have two or more Duskbreaker, HARD if one and impossible if none.

If it RazaDK Priest just hope they do not find any of combo piece or spent everything on your minions, otherwise just wait until he kills you with combo. You can not do much about that opponent due to the solo character of this archetype.

You are not afraid of Dragonfire Potion, but currently a lot of Priests use Psychic Scream so be aware about it and prepare to build your board from the very beginning after 7th turn.

Versus Big Priests your beast weapon is Mind Control if you will be able to steal a big minion once or even twice it will be a huge advantage, because of inability to resurrect those cards. Try to find from Drakonid Operative spells like Shadow Visions and from them you will easily find Mind Control spell.

Spiteful Priest is a tempo deck and Rogue is just a better tempo deck. Always keep Duskbreaker and hope they do not play turbo Edwin VanCleef on turn 3 or do not Shadowstep Prince Keleseth twice.

First, you always have to mulligan for Spiteful Summoner, because it is your main win condition. Second, usually the player who plays Duskbreaker the last is in better position. Third, Mind Control is also has to be played after your opponent.

0. Never concede! Never give up.

1. Legend rank is not about your skill, it is how many time you can spent on the game.

2. Do not change deck too often, just chose any of Tier 1/2 decks and play it all the way to the top, mastering your piloting skills.

3. Rank 5 is only the halfway to the Legend.

1.  Keep in mind that Spiteful Priest is a tempo deck, that means that your main goal is to take control over the board.

2. Do not play around AOE, bite your opponent to use them in bad time.

3. Try to keep at least one dragon in your hand all the time, sometimes it is better to lose some board rather than to play a dragon without an effect!

5. Do not forget to heal your minions in order to keep them ALIVE!

6. Always keep in mind what cards you can draw in order to save enough mana for a good top decks, for example, Duskbreaker.

I strongly recommend to watch my streams over other youtube videos, because I watched many of them and decided that they do not fully represent the power of the deck due to the lack of experience with this specific deck.

Here I will post a legend hits with this deck 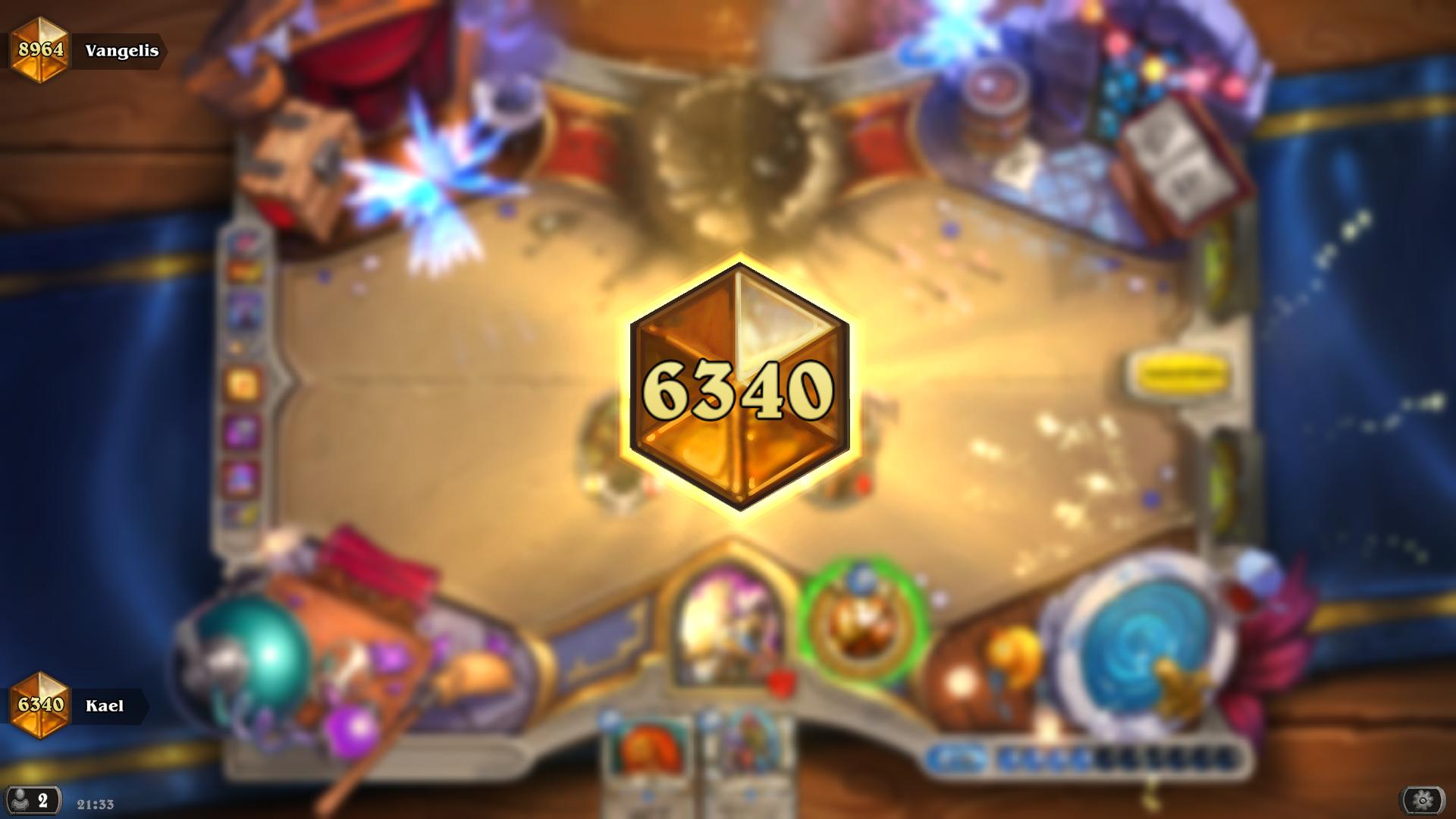 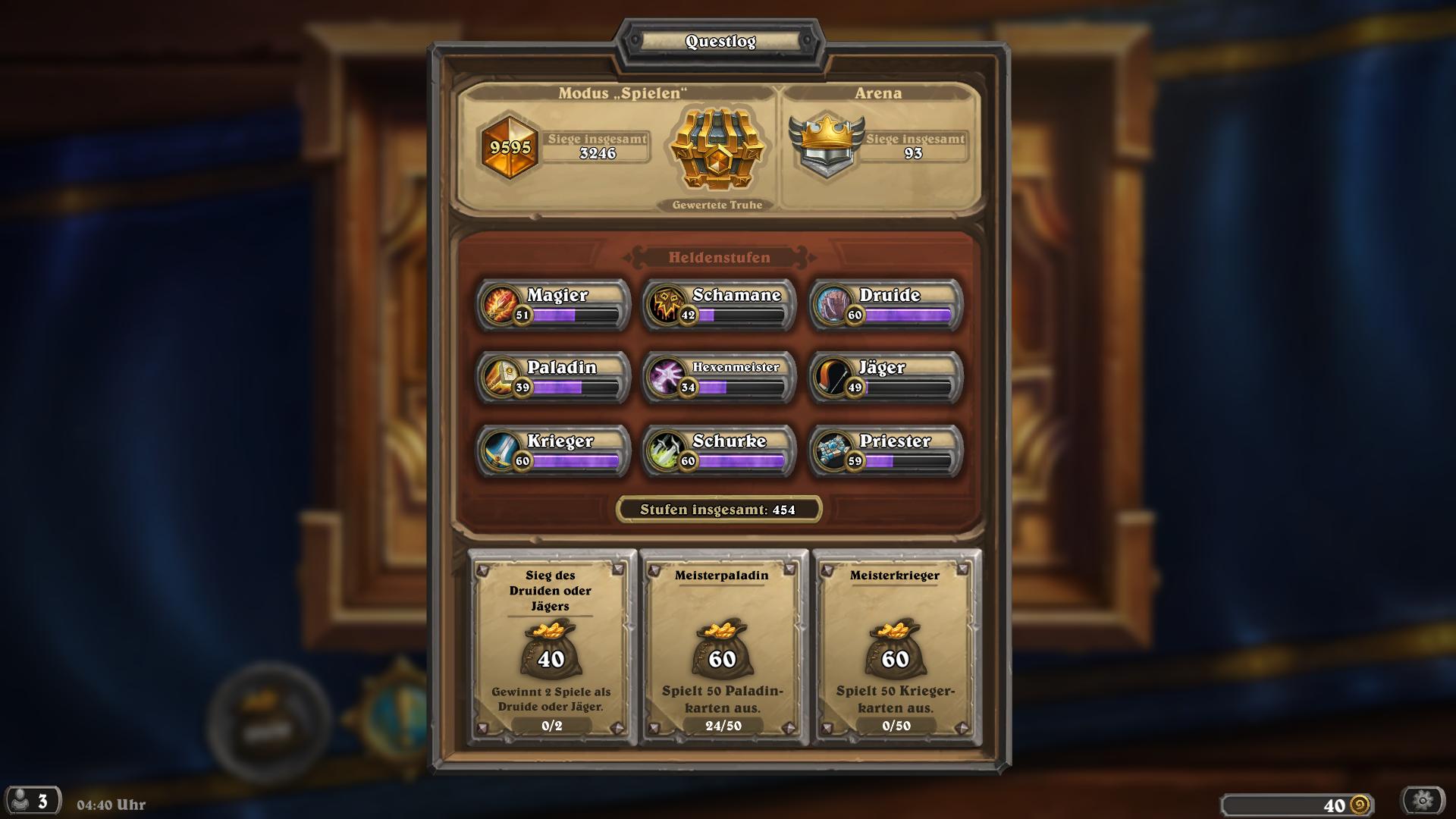