Hey guys Spark here ! It's been awhile and today I wanted to share with you my new Midrange Hunter with the last expansion. I hit Legend with a 72% Winrate playing this deck.

Side note : I also played some Cube Demonlock around Rank 3 with great success. Here is my list for those who are interested : Spark's Cubelock 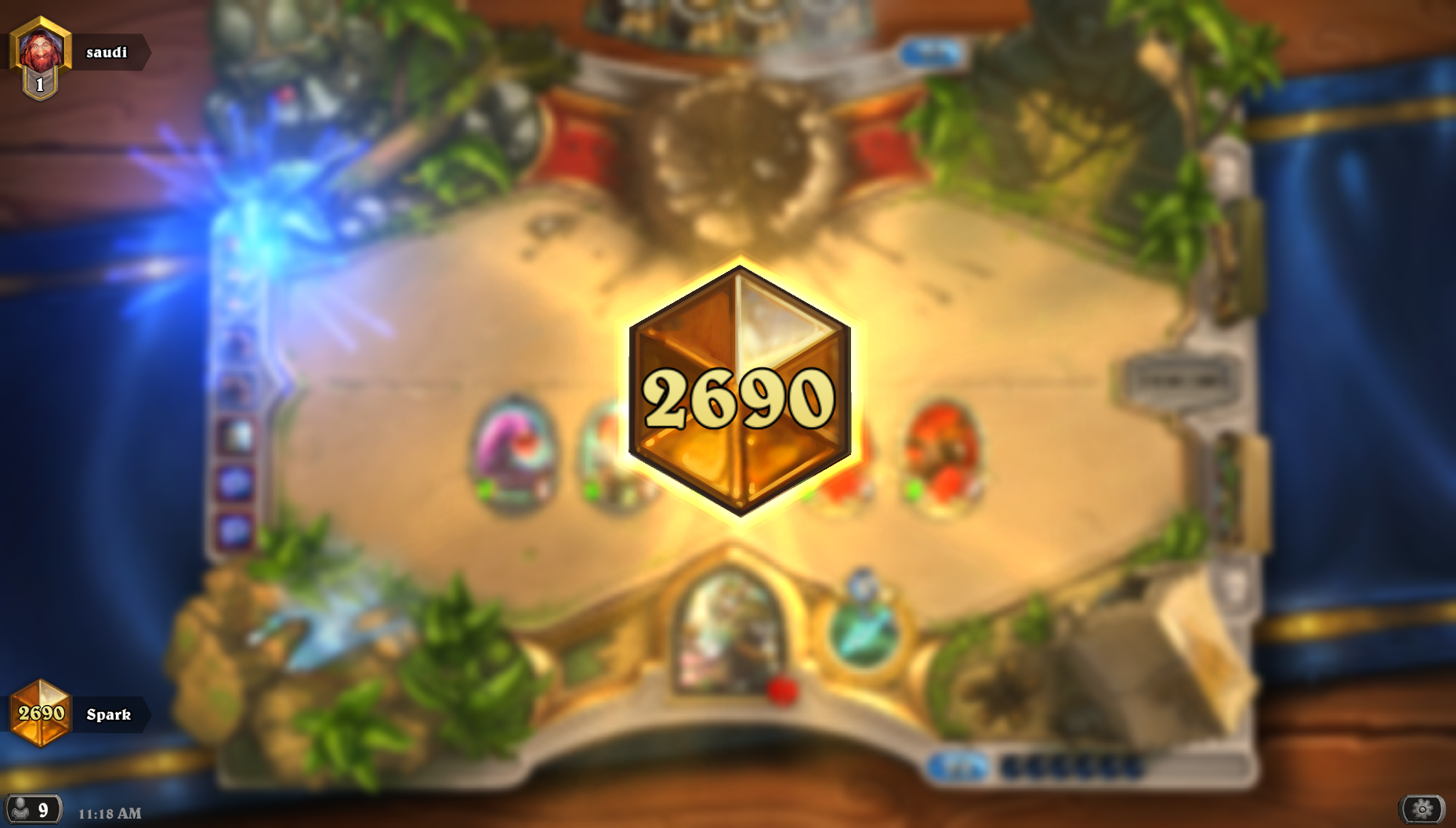 The deck revolves around Secret and Beast synergies to overwhelm your opponent quickly and close the game as soon as possible. The gameplan is to develop your board early on, keep your momentum up with favorable trades and then push for face damage as much as you can before running out of steam. Games should generally be decided between turn 5 and turn 8, but can extend a bit if your looking for the right top-deck to finish-off a control deck.

The usual Beast package comes in with Dire Mole as a nice addition to stick on the board early on and get buffed by Crackling Razormaw or Houndmaster. Flanking Strike is an awesome tempo tool to deal with an opposing threat while developping a beast on the board. Finally, the infamous Corridor Creeper obviously comes in the deck, leading to insane tempo swings after some early trades as it can be dropped for free very quickly or simply give you a solid 5/5 Beast on turn 4 to threaten your opponent.

As for the secret package, Lesser Emerald Spellstone is the addition that justifies it. It can be an incredibly powerful turn 5 that ends the game if your opponent can't deal with it or it can simply help recovering from a board clear. Secretkeeper and Cloaked Huntress obviously comes in the deck to synergize with the secrets and pressure your opponent early on. Wandering Monster is really the true MVP of these secrets as it can compensate for a lack of early game board presence and/or punish your opponent from going face. Cat Trick is the perfect complement as it punishes Control decks very well and adds a lot of damage in the long run. Finally, Snake Trap and Venomstrike Trap are played for the "mind game", punishing your opponent for trading. Note that those are also triggered by Wandering Monster, which is pretty cool. Freezing Trap and Explosive Trap could also be considered for these spots depending on your preferences, but overall this set up turns out to be very solid.

Overall, the deck is pretty consistent and leads to very fast games. It can beat anything with the right starting hand, which is a very good point for a ladder deck. Of course, sometimes you won't have quite the good cards and will get countered slowly by your opponent, but you'll notice quickly if you can steal the game or not and then move on to the next game :)

Swapped out Savannah Highmane for Leeroy Jenkins to close games faster against Control decks and work around taunt or buffed minions. The deck feels even faster with this change. Feel free to tweak the deck around your preferences and metagame ;)

The gameplan is to pressure your opponent quickly, do some minor trades early on and work on lethal before running out of steam. That's why you want to get a good start like Dire Mole into Crackling Razormaw or Secretkeeper into a secret. Overall, you want to build a hand that "plays itself" and can build some good pressure each turn.

Here is a gameplay video with the last iteration of the deck facing 2 Zoolock in early Season 46. French commentary

I hope you'll enjoy the deck as much as I do and maybe it can help you reach Legend this season while having some good fun. Don't forget to show your support by upvoting the deck if you liked and don't hesitate to discuss about it or ask any question in the comment section below ;)