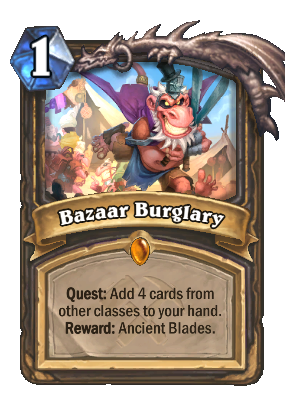 Quest: Add 4 cards from
other classes to your hand.
Reward: Ancient Blades.

Just when you set up your "All-Natural Scented Candles" at the farmer's market and then some STUPID KOBOLD COMES AND TAKES THEM ALL!