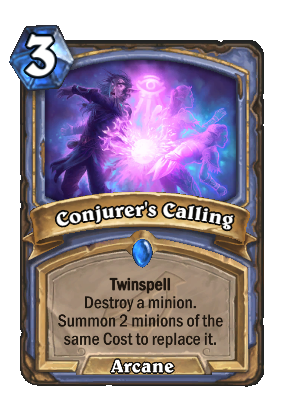 Twinspell
Destroy a minion. Summon 2 minions of the same Cost to replace it.

If only you’d let it go to voicemail…