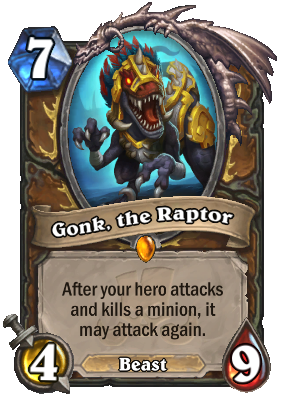 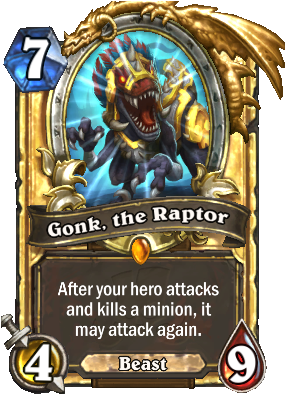 After your hero attacks and kills a minion, it may attack again.

There’s a word for Zandalari druids who refuse to pledge loyalty to Gonk: “Delicious.”